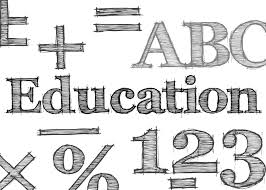 As divided as Americans seem to be about the role of government, we’re pretty united around the notion that quality public education should be accessible to all. Businesses and our economy can’t operate without an educated workforce – and educated customers. Democracy itself depends on citizens who can reason and understand the issues they vote on.

Our state constitution says it is the paramount duty of state government to provide amply for the education of all children in the state. But state funding now doesn’t cover the basics of the K-12 system, let alone the early learning and higher education necessary to assure that all kids are equipped to succeed in the 21st century. Two years ago, the State Supreme Court ruled in the McCleary decision that the state was failing in its constitutional duty.

Washington has ambitious goals to increase student achievement, including funding full-day kindergarten, reducing class size, and increasing hours and requirements in high school. Those things all cost money. Last year, the legislature allocated an additional $1 billion to K-12 in the two-year budget . But that was after four years of recession-driven cuts, when school funding got slashed along with everything else. Now the Court has decreed we need to fund school improvements more quickly.

Of course, the real issue isn’t what the court says, it’s our kids. It’s our responsibility as the grownups to provide them with the tools for a promising future.

Governor Inslee has proposed raising more money for K-12 by closing some tax breaks, including those enjoyed by oil companies, the bottled water industry, and out-of-state residents. But closing tax breaks won’t come close to raising enough money. Funding education reform can’t come out of the rest of the state budget either, which was cut to the bone during the recession, and includes the early learning, higher education, and social services that also need to be expanded if we are serious about giving every child real opportunity.

Washington’s problems in funding education began long before the recession and McCleary. Back in 1992, we ranked 17th among the states nationally in per pupil funding. By 2012 we were down to 30th. If we measure level of school support against the personal income of state residents, we’re 44th.

Washington is falling behind because we depend on sales taxes for half our state budget. We tax most heavily the people who have to spend all their income – those who can least afford it. Rich people buy more expensive stuff, but they don’t spend most of their money. On top of that, over the last several decades, our economy has shifted away from the stuff we tax and onto services which we generally don’t tax.

Plus big corporations like Microsoft and Boeing keep demanding more tax breaks at the same time they complain the state isn’t investing enough in education and infrastructure.

Almost every other state has a state income tax that assures that rich people pay their fair share for the benefits of living in a society where they could acquire their wealth and enjoy it.

Until we start requiring the wealthiest to pay their fair share of taxes, we won’t be able to fund the education system our kids deserve.

Here’s a 3-step path to funding the education we should have by 2018:

Getting our fractured legislature to agree to even closing tax breaks this year will be tough. Right now most legislators believe that they can’t adequately fund education no matter what the constitution and courts say, because voters won’t support changing our state tax system.

Earlier this month, voters across the region approved a host of local school levies, agreeing again to raise their own taxes to invest more in their community schools. We do want a great education system for all our kids. It’s time to give our legislators the tools to fund it.