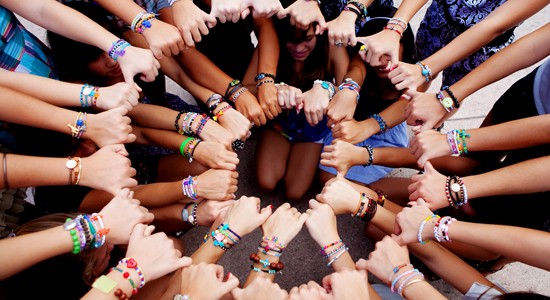 I went to The Evergreen State College, a place known for activist students who are nicknamed “Greeners”.  This is where I first realized that corporations and the wealthy were taking control of our democracy and that the media is complicit.  The symptoms of this situation are more than I can list here:  our climate is changing, our education system is being undermined, and most major life transitions now require tithing to banks which themselves are crime-ridden and impervious; to name just a few. I went to Evergreen in the late ‘80s and early ‘90s.  I would come back to Seattle to visit my friends and family, where the change in context, from radical college town to mainstream middle class upwardly mobile city, made me uncomfortably aware of how few people had access to the kind of info I was absorbing there.

Fast forward to now, and things are different.  We in Seattle get it.  In fact, 75% of us think that a $15 minimum wage is a good idea.

A few years ago, I decided to change what I do in life to include activism and organizing.  It is the best thing I ever did outside of family, and I can’t believe there aren’t more people working on this stuff.  Where are the torches and pitchforks?

People are busy.  I get that.  I’m busy too.  With most of the people I know on the same page with me philosophically, I often wonder why people don’t get involved more deeply than clicking online petitions.

I think there are a few answers in play.  One is people don’t turn out if they don’t think it will make a difference.  It is a simple value judgment.  I have a certain amount of time, and it never feels like enough, so I won’t spend a minute of it on something I am not persuaded will change things. There is also a bandwagon effect, meaning people look to see what others are doing and decide on action or inaction based on that.  Right now, the norm is that we can volunteer in a soup kitchen and feel righteous, but if we work to make soup kitchens obsolete we are considered a little deluded.

These attitudes have lots of causes.  Most of the progressive organizations wielding an email list have found that they can get people to click with a message of doom and gloom.  This gives them good short term results, but at the same time, our collective perception of whether we have a shot at making a difference is eroded.  People get overwhelmed.

It isn’t a part of our culture right now to engage politically.  Our country has been influenced by an anti-intellectual movement, and by a cult of fierce independence. Both of these things have undermined who we are fundamentally, and by that, I mean as a species.  We are social.  Interdependence is part of our makeup.  But deeply antisocial forces have turned us against our own intrinsic natures—turned us against the instincts that in the past have allowed us to thrive.  So now here in Seattle, the friendliest of climates in the world of organizing, a place where so many of us understand how the oligarchy is shaking us down, when we picture organizing or activism, the image that pops to mind is not of ourselves.

It isn’t accidental that people are skeptical about making a difference, and they won’t discover they can be effective by accident, either.

How do we change “I” to “we”?  How do we move from fierce independence to fierce cooperation?  How do we sear into minds the image of people doing better by working together?

For a start, we need a beacon to rally around and push towards.  We need to talk more about the world we want—what makes a life well lived, and how can we all have access to that, not just stomp our feet and yell about our corporate rulers being mean to us.  We, the movement builders, need to do a better job of demonstrating what we are working towards, showing glimpses of the future we are trying to attain.  Second, we have to give people a sense that we can make a difference, because as it turns out, we can.  Third, it has to be fun.

If we are going to win, it will take a movement that belongs to all, not just us Greeners.

Sandra Vanderven is a Senior Organizer at Fuse Washington and Board President of the Backbone Campaign. She can be contacted at sandra@fusewashington.org