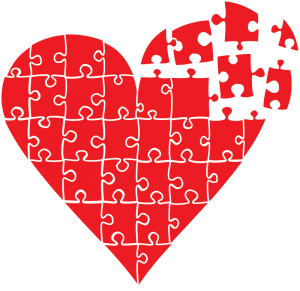 Wendy Olsen, MFT, answers all the relationship questions you were dying to ask, but just couldn’t muster up the courage to. You can email questions to editor@southseattleemerald

Q: I’ve been having a fling with a colleague from work and things have been working fine, in that we both seem to be getting what we want physically out of the deal without any commitment. He however has started expressing that he wants more of an actual relationship with me but I honestly value my freedom a lot at this point in my life, and while I could see myself, maybe, dating him one day, now just isn’t that time. I don’t feel like I’d be stringing him along if I told him that someday I might be open to it but now I’d just like to continue the status quo, as sexually, things are great. I feel men do this all the time without shame, so would I be wrong?

Wendy: Being honest about how you really feel is the kindest thing you can do.  By being honest with him, you are allowing him to make the best choice for himself:  continue with sexual play and see what the future holds for the two of you or look for something more involved with someone else.  You both have choices in the matter.  Kudos to you for wanting to give him the truth and the option to opt out.

Q: I recently proposed to my girlfriend after two and a half years of dating. She said yes, but then revealed to me a couple weeks after we got engaged that she cheated on me with an ex-boyfriend a few months after we began dating. She says that it meant nothing and that it was early in our relationship. I respect that she told me even though she didn’t have to, however it does make me look at her in a different light, and somewhat makes me rethink our relationship and whether I should even marry her now. Am I overreacting or should I just appreciate her being honest and let it go?

Wendy: When someone reveals something that happened in the past, they’ve had time to resolve their feelings over it.  However, when we hear it for the first time, no matter how long ago it was, it is fresh for us.  Your feelings and confusion are normal.  Yes, she was honest with you and at great risk to herself and to your relationship.  She made herself very vulnerable by disclosing her indiscretion. In disclosing to you, she allowed you to fully give what I’ll call” informed consent” in your relationship. Now you know something more about her, a fault or mistake.  When she says it meant nothing, that very well may be the truth.  However, I would encourage both of you to explore why she cheated.  It is important for you both to have a clearer understanding about how that happened in order to avoid it happening in the future.  It may be as simple as, she was seeing you, but not yet committed.  The ex came back into the picture and by being with him again she realized that she didn’t want anything more with him and really did want a relationship with you.  Indiscretions happen.  It doesn’t mean that all is lost.

Q: My husband and I have been married for a little less than a year, and over time it’s been revealed that he likes some fairly lewd pornography. It’s something I’ve gone along with in terms of watching it with him, however it’s something I’m having an issue with tolerating any longer. He says that he needs it to “get in the mood,” but “hello” that’s what I’m supposed to be for. It makes me feel a bit disparaged knowing that this is what he needs. I’ve told him several times how I feel, but I’ll catch him still viewing it. I want to tell him, “It’s the porn or me,” but is that realistic?