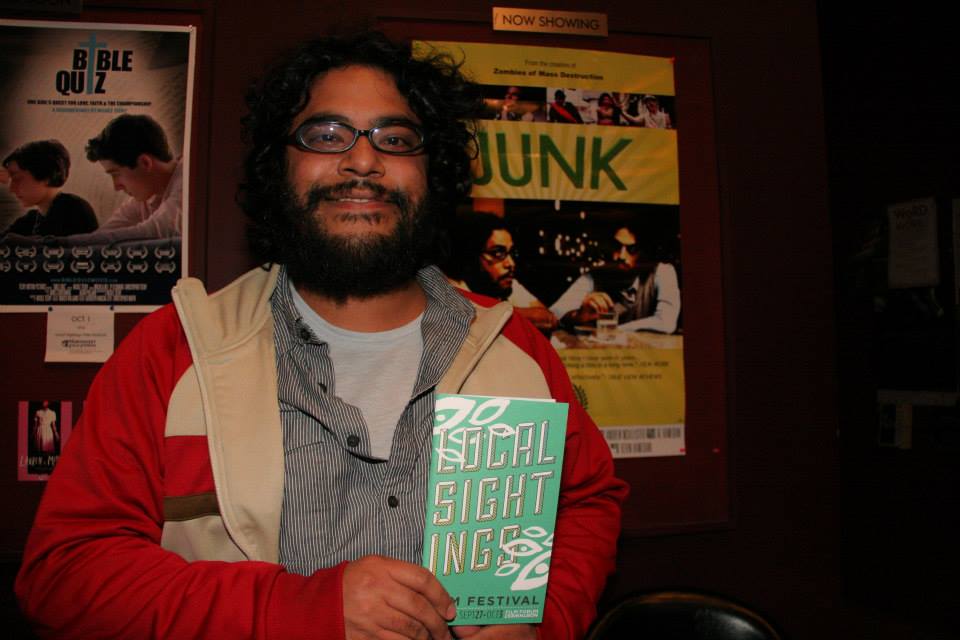 Producing a film seems like rather a nebulous task. We have the director, who directs, the actors, who act, the designers, who create the world of the piece, and the writer, who writes the thing. But what does a producer do, exactly? He is the forerunner, the organizer, the person who makes the thing happen. And Ramon Isao, an up-and-coming writer/producer in the Seattle film scene, certainly fits that mold.  The energetic, talkative, and charismatic young artist is set to do his third feature this summer, Dead Body, a slasher-meets-mystery flick sporting a cast and crew of young up-and-coming Seattleites and shot in a cabin a few miles out of town.

When I asked Ramon how long he’s been writing, he said, “I’ve always written, even as a kid. I started out with fiction, but 8 years ago, my buddy Kevin asked me to help rewrite a movie called Zombies of Mass Destruction”. A completely new experience for Ramon, he jumped on the chance, and the two were able to produce the feature amidst positive reviews.

Then, along came Junk – a film he described as “A raunchy, evil comedy – the work that I’ve decided my parents never need to see”. In addition to co-producing and co-writing, he co-starred in this one, playing a character that he put as “disturbingly like myself”. Ramon said that learning to act in this type of role changed everything for him as a writer and producer. He exclaimed, “I gained a newfound appreciation for what actors did!”

Fresh from these two successes, he has jumped headlong into co-writing and co-producing – along with co-conspirator Ian Bell – a combination slasher and mystery flick called Dead Body. Seen it a million times? That’s what I thought. When I asked him why this movie was so special, he pointed out the never-done combination of slasher and mystery. Turns out, it’s hard to do – Isao has worked with Ian for months to crack the formula, involving high school kids, a game gone wrong, mystery, death, and campiness all bundled into one delicious little flick. With it, he’s interested in “combining the humor and the absurd with violence”.

Believe it or not, though, the new genre isn’t what Ramon is most excited about. He spent most of his time gushing about the talented group of young Seattleites working on the film. Ramon said he was “dead lucky to score” the cast and crew. As Ramon put it, “Every single one of these people is super talented – I’m mostly just excited to show off to everyone that I landed all of these awesome collaborators!” Almost as exciting for Ramon is that he can do a film in his hometown, with people in his hometown, about an area in his hometown. His goal with this group is to build a community of Seattleites to make art with, project after project.

Upon asking him what a Seattle layperson should do to get involved with Dead Body: He laughed, and said, “Come to us! Email me at dbfilm2014@gmail.com if you want to be a PA throughout August – you’ll get some food and experience, and get to kick it with some kickass artists!” You can also check out their Kickstarter to donate – cool perks include a Halloween party with the cast and free tickets to see the movie at one of the festivals it will be circulating at (Ramon is shooting for horror festivals and SIFF, to name two).

His response to my query of how to get into film in general? Get out there and do it! “It’s easy!” he said, and immediately laughed. “No, I’m lying. It’s fucking hard. But you just have to go do it. Start making things! You gotta make the bad shit to get to the good shit”. So, you heard him, would-be film guys. Start making movies, even if they’re terrible. Get out there with your camera and shoot shit – you never know when you’ll get your break. And stay tuned for more on Dead Body – I expect we’ll be seeing more about it soon.