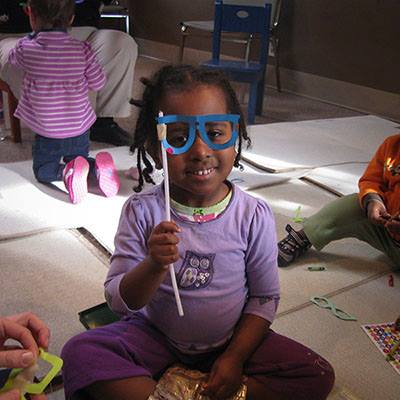 On a typical day it can serve as a de facto community gathering hub, overloaded computer lab, hallowed sanctuary for religious revival, job center for the long term unemployed, adored romper space for toddlers, a copy/ printer/ fax depot of last resort, and a cherished De–stress Zone for elders raising the twenty first century’s version of teenagers.  Of course, if you ask Morgan Wells – Director of R.A.Y’s West Hill Family Center, located in the Skyway/Westhill neighborhood – days at the center are anything but typical.

“The people who come in definitely vary on a day to day basis. They may be looking for housing, job searching, researching DSHS benefits, or wanting to take an online course, along with a myriad of other things. We want to serve as broad a part of the community as possible and throughout it all we want to make sure that we have a welcoming staff for them.” Says Wells.

The multifaceted West Hill Family Center – equipped with a computer room, conference meeting suite, children’s play area and a staff of five full time employees, in addition to two interns-  has been one of the Skyway area’s most venerable institutions, serving its residents for the past twenty years. Not a small feat when you consider – with a few notable exceptions- that during the same period the life cycle of most  businesses and organizations in the area have approximated that of the Mayfly.

Wells points to the unqualified support the center has received from the community as the main reason for its continued endurance. “This place is very much community run  and community owned.  Many times, when staff are away or sick, community members will just take the initiative to fill in for them, answering phones, helping people find resources, fixing computer problems, and keeping the building safe. It’s really them who have kept the Center thriving and helped us to avoid the pitfalls of many other organizations.”

To many of the area’s residents, the support has been both mutual and sorely needed, as Skyway- though falling within the Seattle city limits, and maintaining a Seattle address – is technically an unincorporated portion of King County, effectively meaning it lacks availability to the funding and resources that the rest of the city has access to.

As a result, the center has stepped in, during times both good and bad, to serve thousands upon thousands of the area’s residents. In several cases it has functioned as the last line of defense between them and destitution, both physical and mental. “If it wasn’t for the center I’d be homeless or worse right now. I really don’t even want to think about it!” one patron attested to as she used the center’s dual copier/fax machine to send her resume to a prospective employer.

Unlike the callous and aloof nature that is often associated with social service organizations, the center has cultivated a reputation of warmth and respect in its treatment of those who walk through its doors, regardless of circumstance, preferring to refer to all of them as clients.  “When I walk in the door here I’m treated as a human being, and not a piece of garbage like other places. You can tell at other places that they don’t care about you. They’re so condescending towards you. It doesn’t matter if you’ve been waiting in line forever. It doesn’t matter if you have a child you’re waiting with. To them you’re just another number.” Said a young mother who frequently visits the center.

That reputation wasn’t acquired by happenstance, according to Wells: “Our vision is that everyone who comes here walks out of our door thinking they’ve been treated with respect, and that’s been a permanent part of our culture.  We don’t have direct benefits to give out and so we don’t have to ask people to prove their eligibility like other social service places. Our door is open to everybody and there are no eligibility requirements for any of our programs which is great. So we try to treat everyone like a person and not like you’re number 1652 at the DMV.”

Although it’s reputation has remained intact throughout the years, several new faces amongst the center’s staff have caused concern over possible changes in its operation. In a little under a year, the center has undergone almost a complete overhaul, as its previous director – Jennifer Moore, along with two of  its youth counselors-  departed for opportunities elsewhere.

Perhaps no loss has been as heartfelt  as the recent retirement of the center’s long time receptionist/ administrative assistant Cynthia Green,  who had been with the center since its inception, nearly becoming indistinguishable from it in the minds of almost all of the area’s locals.

“I don’t know, with Ms. Cynthia leaving it’s kind of strange. When I come in now I see new faces and I’m not sure what to make of everything. With all the changes I’m a little concerned.” said one grandmother who regularly attends kinship care support group meetings at the center.

Well aware of some of the anxiety that has arisen amongst the clientele, Wells has been proactive in soliciting the opinions of the center’s regular attendees, even going so far as to establish a community steering community to best identify what most needs to be addressed as it concerns the Skyway area.

“Historically, we’ve made an effort to be flexible and responsive when things change, whatever they are, whether at the center or within the community. I’m certainly willing, if we need to totally scrap something and start over and build from the ground up.  If that’s what we have to do to meet the needs of our community right here and right now. If the voices are coming to us and saying we need and A.A. group, or we need more Adult Education classes  ESL classes, or whatever that thing is, I’ll go after it and put my heart into bringing it here to this building.” Wells stated.

Even with the center undergoing potential changes, there is at least one thing that its regulars hope remains forever sacrosanct. As one stated, “This place, to me, is like a second home. A second family really. And I hope it always stays that way!”