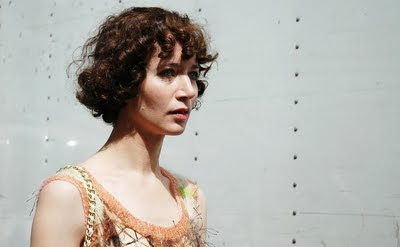 What You More Than Likely Forced Upon Your Optic Nerves at Your Local Multiplex: Deuce Bigalow: European Gigolo (Your eyes curse you as putrid vermin to this very day!)

What You Should Have Seen: The Films of Miranda July (Me and You and Everyone We Know and The Future)

At home on a weekday evening with nothing to do? Feel like immersing yourself in a quirky film or two? That’s what I ended up doing this week with Miranda July’s films, which she manages to not only write and direct, but also star in. Not knowing what I was getting myself into, I turned on the TV with relatively low expectations. As it turns out, I was pleasantly surprised.

Me and You and Everyone We Know, July’s earlier work, features weird characters that don’t quite know how to handle themselves within their humdrum lives. These endearing deadbeats stem from July’s oddball sensibility of what people are like – each character is thought out with detail, complete with ticks, weird habits, and unintentional little idiosyncrasies. The theme is one of connections between people, which is reflected in the title. Every character, no matter how seemingly unrelated or tangential, is connected in some way – often whimsical, sometimes dark, maybe sexual, always entertaining.

The Future, a slice-of-life look into a mid-30s couple’s failing relationship and their impulsive decision to adopt a dying cat, is much darker – a counter to MAYAEWK’s shiny romanticism. The whimsy is there, but it is a darker whimsy. Breaks from reality run rampant, as the characters’ safe lives slowly disintegrate, and there is a certain dream-like quality as they navigate their new disintegrated world – only, finally, to return to reality when there is no other choice.

In both, July’s brand comes through with a punch. Awkward silences, punctuated by still-more awkward comments from the characters she plays, make us laugh and cringe simultaneously. The idea of taking an idea, a phrase, a word and running with it to the point where it is absurd is heavily utilized. In both flicks, July’s character struggles to prove herself artistically – with mixed results. And in both, mediocrity is celebrated, though the characters don’t share in this acceptance of their imperfections.

July paints pictures of slightly sad yet redeeming romantic relationships, of insightful children and childish adults, of tangents and puzzles that eventually resolve – or don’t. The primary difference? While MAYAEWK deals gleefully with a plethora of individuals, The Future dives into the demons kept by one isolated, floundering couple. Both stories, however, are mesmerizing.

The bottom line: July’s work – like July herself – is rather beautiful in all its glorious eccentricity. The Future is the nightmare counterpart to Me and You and Everyone We Know’s lovely dream. Hilarious, dark and absurd, both are worthwhile – check ‘em out!

One thought on “Antique Critique: Why You Should Have Seen The Films Of Miranda July”