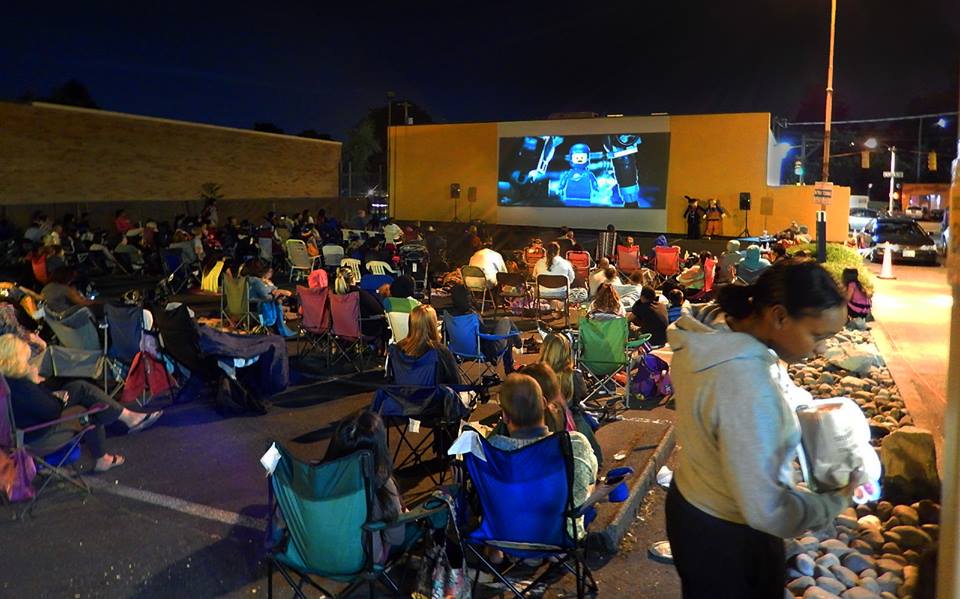 Fade in: Interior, Skyway VFW, late July. West Hill residents pour single file into the basement for a community meeting called to address the growing concern for public safety in the wake of a recent spike in gun violence – including one memorable incident where two groups exchanged dozens of rounds across the main street, injuring six.

One woman is overheard mentioning “it’s a good thing it’s still light outside, or I wouldn’t have came. Not safe to be out here at night”. Older gentleman over her right shoulder nods in agreement.

They’re not alone. While the level of violence was analogous to many other surrounding areas, many residents and businesses had seriously considered moving out of the area, the tension and anxiety was palpable and online discussion was exploding. On top of an already difficult situation, we had just lost our beloved Storefront Deputy, someone many looked up to and regarded as a change maker in our community with his compassionate community policing model. He had given us hope, and now many felt lost.

If you had watched the news coverage of the meeting you would have assumed that it was entirely about how devastated the community was about Deputy Barnes’ departure. What you didn’t see was that the majority of the event was actually dedicated to brainstorming solutions to crime, and specifically, gun violence among youths. What the cameras didn’t catch was the incredible energy, empathy and problem solving that our neighbors brought to the meeting. Some mentioned that they wanted to do something for their community, but they seemed to be waiting for some direction.

I was in the crowd that night. I didn’t have a grand solution to end the violence. As a board member of the nonprofit, volunteer-run West Hill Community Association (WHCA) I felt inclined to focus on the positive side of our neighborhood and shared a list of opportunities for folks to get involved and contribute to a safer, more vibrant neighborhood – from work parties, annual cleanups and ways to get connected to neighbors, to an upcoming event called Skyway Outdoor Cinema.

I (among others) made a similar speech at an earlier WHCA meeting immediately following the police captain’s update on the recent major shooting (and neighbors asking what they could do about it) but the camera also stopped rolling after they had gotten the footage they came for, lest they complicate their neat paradigm of Skyway as lawless, crime-ridden area – a stigma perpetuated by the media which has not only been embedded in the consciousness of those that do not dare visit Skyway for fear of their own safety, but also in that of our very own neighbors. It breeds mistrust and serves to further isolate an area that already suffers from a severe lack of resources due to its unincorporated status and creates major challenges in building unity and expanding communication within our richly diverse, wonderfully unique neighborhood.

Two days after that public safety meeting – just two days after hearing folks say they wouldn’t want to be caught on the streets after dark – the 14th season of Skyway Outdoor Cinema kicked off behind the 7-Eleven on Renton Avenue South to an all time record crowd.

Myself and Mary Goebel served as the two lone volunteer organizers of WHCA’s Skyway Outdoor Cinema, and we’d worked all year, but still had much to do just before the opening day. The majority of expected funding had fallen through, and the timing couldn’t have been worse as by last season we had already doubled the crowds with a complete re-brand, expanded marketing efforts and a comprehensive overhaul of the whole event. Our ultimate goal was to continue making the event sustainable by securing sponsors and purchasing our own equipment, rather than renting.

To that end, we decided that we needed our own A/V equipment. While a grant from King County covered a bit less than half of an all-in-one unit we intended to buy, we were still about $4k short. So we turned to the community. We started an Indiegogo campaign, uploaded a silly but heartfelt video and put our fate in the hands of our neighbors. We didn’t have much money available to rent equipment, so the stakes were high. We received an incredible response, and in less than a month, we surpassed our goal by a total of 9%, thanks to some amazingly generous folks.

Similarly, calls for volunteers were met with responses from some of the kindest, most hard-working folks I’ve ever met.

As the emcee for the event, I needed some impromptu volunteers to help raffle off prizes after the film. The request had barely finished transferring from the mic to the speakers when a sea of tiny hands shot up. I quickly selected a group of children at random – not immediately realizing that some couldn’t have been much older than six or seven – to help hold the prizes up, spin the raffle drum, draw tickets and call out numbers over the microphone in front of hundreds of people. I have rarely seen the level of professionalism shown by these tiny humans displayed by fully grown adults. I’ve now repeated the same process over three nights with a completely different group of kids each time, with the same exact result.

We had no idea how many people would show up after seeing all of those negative news stories. We didn’t expect 300 attendees, from babies to seniors, to show up at a 7-Eleven in Skyway and stay until 11pm on a Friday night in August. And we certainly didn’t expect whole families to flock to Skyway of all places from Redmond, Burien, Des Moines, Federal Way and beyond.

While there may be some people that are quick to write us off, we are a community of leaders and compassionate supporters, who are simply searching for an opportunity to get involved. Something special is happening here in Skyway, and I think it’s only getting started.

Skyway Outdoor Cinema is showing “Frozen” for its final event of the season is this Friday, 8/22 behind the 7-Eleven on Renton Ave. S. & 76th Ave. S. Preshow fun runs from 8-9pm, with a free prize wheel, silly photo booth featuring Olaf the snowman made out of balloons and a free ticket for the raffle after the film. Concessions range from 50-75¢, so bring all the change in your couch cushions. Don’t forget to bring your own chair, beanbag, blanket or picnic table. Princess costume optional.

One thought on “Cinema Verite: The Real Stars Aren’t on the Screen, They’re in the Seats”