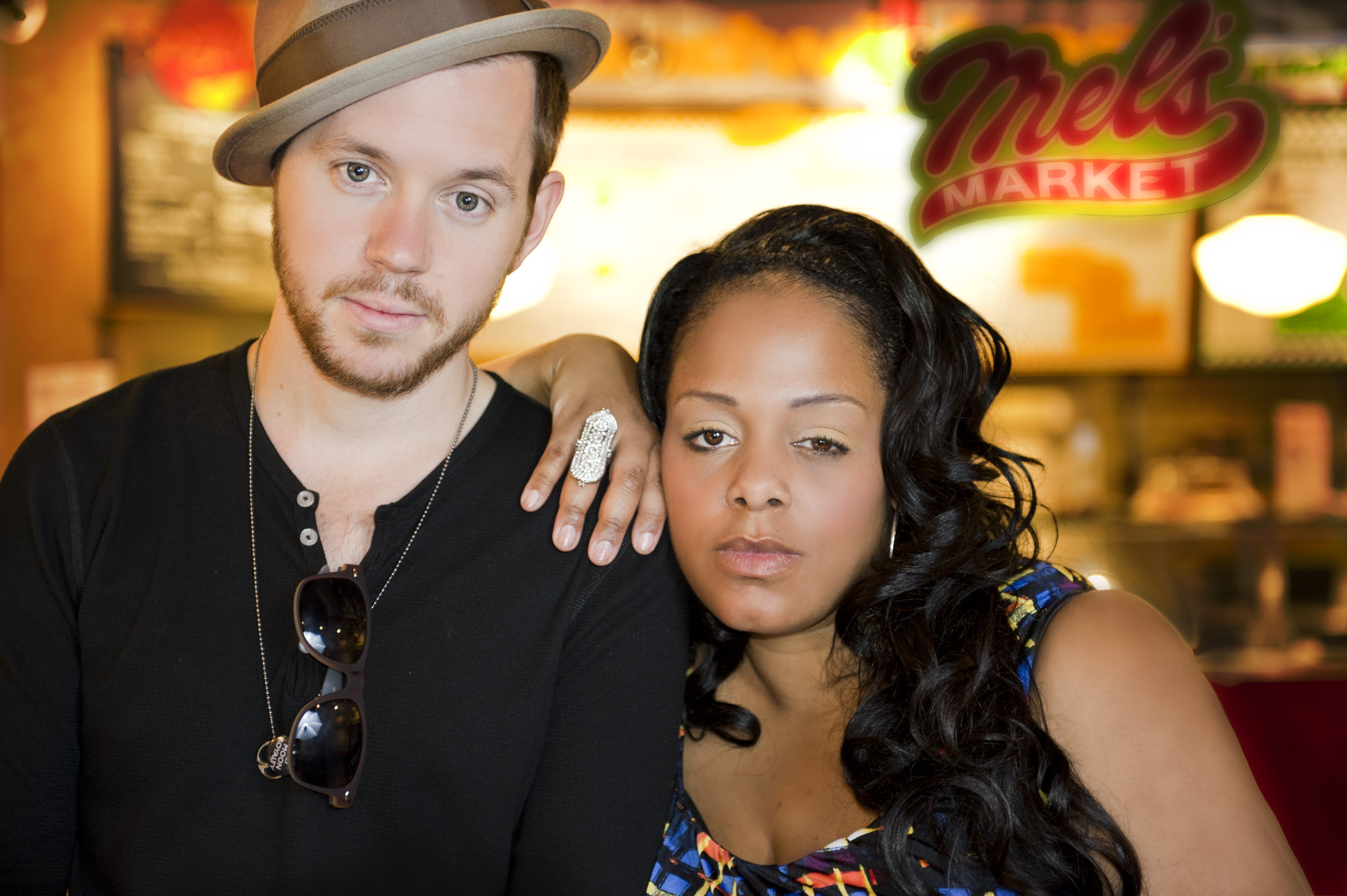 Their music has been hailed as everything from spellbinding to effervescent – and that’s usually just after the first 2 minutes of pressing the play button to one of their eargasmic inducing anthems.

Fresh off their performance at Bumbershoot that transformed the notoriously diffident Seattle crowd into zealous dance mavens, the duo of Fly Moon Royalty brings their lively act to Art Walk Rainier Beach this weekend.

Made up of vocalist, and Rainier Beach native, Adra Boo and DJ/Producer/Emcee Action Jackson the duo seamlessly steers between Jazz, Electronica, Funk, R&B, Soul, and Hip-Hop to produce a sound that defies the constraints of any genre.

The Emerald was fortunate enough to catch up with Boo before her group’s appearance at Art Walk Rainier Beach on Saturday:

Emerald: You guys are well known and have played  some fairly large festivals, including Bumbershoot most recently. What made you decide to accept the invitation to perform at the Rainier Beach Art Walk?

Boo: Aside of it working out, time wise, I actually live in Rainier Beach, so it made sense to bring a performance to the neighborhood.

Emerald:  They say that music and art are tools that are catalyst for transformation, be it socially or communally. As an area, Rainier Beach has seen its fair share of adversity in the recent weeks. How do you hope having a musical group of your caliber performing at its signature event changes the perception of the community?

Boo: I think that really, it’s not so much that our band performing there will change perceptions of the area, but rather people coming out to support us and the Artwalk that will do that. I mean, yes, Rainier Beach has seen it’s share of adversity, and having these events, having bands that are excited about the music they make, having a community that will come out and really stand with us and with neighbors… that’s what will change the perception of Rainier Beach, and I hope that people who know that I  live there, will be that much more amped to have us!

Emerald: Your music is almost impossible to pigeon hole into one genre. How would you describe your sound and who are some of your influences?

Boo: Our music tastes are vast, haha! We each listen to classic hip hop, old soul and R&B, 90’s jams, and alternative sounds, music with fresh sounds and textures, like Bjork, Little Dragon, and so forth. We grew up on good music… Stevie, Dilla, Parliament, Prince and MJ… A Tribe Called Quest, Roots, Erykah Badu and Jill Scott… to name a few.

Emerald: What can someone who has never seen one of your acclaimed live performances anticipate this weekend?

Emerald: You guys have been described as having a “rocket strapped to your back” in terms of a meteoric rise. What’s next for you guys?(Album, touring, etc)

Boo: Towards the end of the month, we’re kicking off our Fall Tour with a show in Everett, a Battle of the Bands show- pre game for the Seahawks vs Broncos game, and then we’re going through the Midwest, down the east coast, and performing in The Recording Academy’s first ever Grammy Festival At Sea!! We’l even have some unreleased music and visuals drop online! There’s a lot going on, but people can follow it all at our website, www.flymoonroyalty.com!