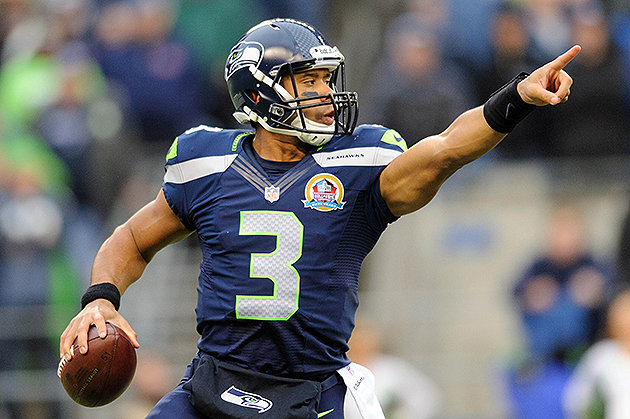 Football season is finally upon us with the Thursday night opener against the proud Green Bay Packers.  Whether  heading to Rookie’s in Columbia City,  The Beachcomber in Skyway, or enjoying the opening night festivities from the comfort of home, every South Seattle resident not at the game is sure to be glued to a television screen for the return of Russell Wilson and Co.

After a somewhat uneven preseason which saw the Seahawks lose not one but two silly season games for the first time in two years there is some concern about this team’s depth compared to the last couple of years.  The good news is the front line starters are healthy and almost universally played well in the preseason, particularly the offense which has been firing on all cylinders since the 2nd preseason game, and looks to have fully integrated our shiny new toy in Percy Harvin into the game plan.

In listing the current 3-4 best teams in the NFL with the Seahawks I would include the Broncos, Patriots, Saints, and these Packers in the elite category.  Although this game is at home giving the Seahawks a substantial advantage, this will be a tough game with an opposing offense that is multifaceted with the ability to grind out hard yards between the tackles via Eddy Lacy, utilize the vertical passing game featuring Jordy Nelson, or focus on the short passing game with the breakaway ability in Randal Cobb.  I actually believe this offense is better than the historic one Seattle faced in the Superbowl with Peyton Manning as that was a pocket passer and a fairly week running team which quickly became one dimensional.  You may be able to stop one or two aspects of Green Bay’s attack, but you will not stop Aaron Rodgers completely nor their running game.  I see Rodgers throwing for two scores and nearly reaching 300 yards on the day, but he will find it difficult to find explosive plays downfield limiting their scoring ability.  Lacy will grind out tough yards, and will add decent receiving totals to his ground game eclipsing 100 total yards and adding a score.  The national pundits will wonder what happened to Seattle’s vaunted defense as they will struggle to contain this attack, but don’t fear Seahawk fans, this defense will once again return to the premier unit in the NFL after Green Bay leaves town.

The bright side is Green Bay’s defense is not nearly as special as their offense.  They have the ability to get after the passer, but are generally undersized and not great at stopping the run.  As long as rookie Justin Britt can hold his own at right tackle I expect Marshawn to have a big game with over 100 yards rushing and a td or two.  Russell will continue his strong preseason play, capitalizing on downfield plays in fairly limited opportunities.  I expect Russell to throw for 225-250 yards and run for another 30-40 with two overall touchdowns.

I foresee a closer than expected game with Green Bay mostly content to grind out yards via the short passing game and quite a few handoffs to Lacy.  In a virtual tie entering the final quarter the Seahawks defense and offense come up big once again in with a key turnover and late score to put the game out of reach.