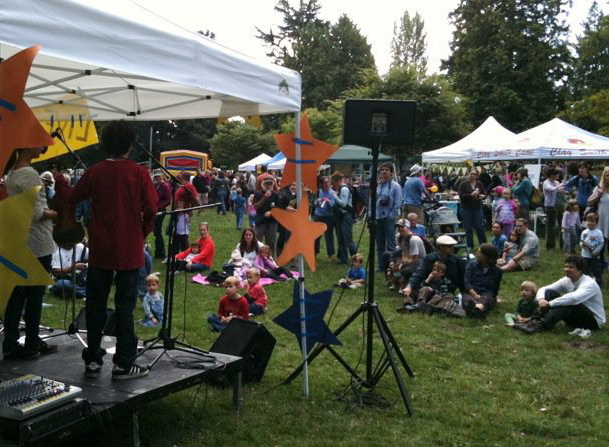 While squeezing out the last droplets of Summer prior to the dawning of the Fall Equinox is the primary predilection of pretty much anyone saddened by the impending retreat of warm weather and blue skies, there might not be an area that savors the final remnants of the sweltering season quite like the Mount Baker community.

Since 1909 neighbors in the community have congregated in Mount Baker Park towards the end of summer to break bread, imbibe in drink, and otherwise engage in merriment with each other. The event was seen as essential to reinforcing communal bonds while forging new ones and was officially christened the Day In The Park in 1971 with the Mount Baker Community Club taking responsibility for its organization.

Recently, however, South Seattle’s longest running event faced serious danger of dying an untimely death as the Community Club found itself without any event chairs to coordinate the annual celebration. Realizing its essentialness to the community of Mount Baker, resident Erin Bruce took it upon herself to breathe new life into the event.

“Event planning is my background, and my husband and I used to put on music festivals, so it just was a perfect fit when we heard it might not happen this year. The Day In The Park really means a lot to us. We felt that we had the skill set to really do it justice and there was no way we were going to just let it up and disappear.” Said Bruce who now works as Programs Coordinator for the Community Club.

Bruce has not only assured its continuation, but has returned the Day In The Park – with its 43rd installment under the that banner taking place this Sunday- to its origins as a gathering that engaged the entire community, as the event in recent years had gradually become geared towards young children.

“The last few years had basically filled the park with bouncy houses and not much else, which isn’t all that appealing to someone over the age of 7. This year I’m really excited about the activities we have including an all neighborhood field day. We’re going to have tug of war, a watermelon eating contest, and parent and child piggyback races.”

“We’re also partnering with Amy Yee Tennis Center to do a Tennis Tournament, and Wilderness Awareness school is going to create an obstacle course for the kids along with a treasure hunt throughout the park.” Exclaimed Bruce.

As this year’s theme for the event is the Summer of Love, Bruce reflected that it was her own for the neighborhood of Mount Baker and South Seattle in general that inspires her community involvement.

“South Seattle just really has a cool orientation towards community involvement, which I love, and within that we have Mount Baker which has this small town feel to it. That’s the most endearing thing about this area to me. We really are this tight knit community and we really know our neighbors, not just the ones next door, but the ones across the street and the ones around the corner. You can always knock on a door here if you need help.”

The Mount Baker Day In the Park Festival will take place Sunday, September 14th at Mount Baker Park from 10:00am to 3:00pm