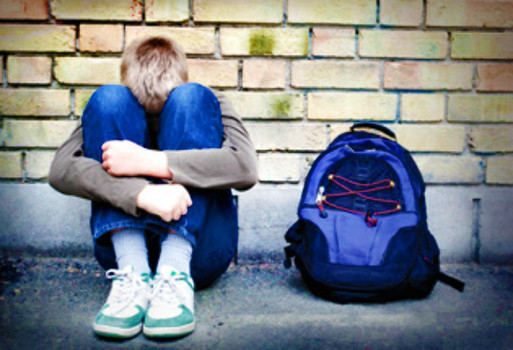 The kids are back in school – and last week the Washington Supreme Court gave the State Legislature an “F” for failing to adequately fund public schools across the state.

Meanwhile, a new analysis by Standard & Poor’s concludes that growing income inequality is causing sales tax revenues to fall. According to the highly respected global credit rating firm, the share of income for the top 1% doubled in the U.S. between 1980 and 2011, while the rate of revenue growth for the states fell by half.

The link between rising inequality and declining revenue growth was strongest in the states that depend most heavily on sales tax – including Washington, which is second only to Florida in the degree to which we rely on sales tax. States with progressive income taxes, on the other hand, have by and large been able to maintain state revenues and services as the economy has changed, according to S&P.

Standard & Poor’s report comes as no surprise to anyone who’s studied Washington’s tax system. Washington has the most regressive tax system in the country, with low and moderate income residents paying higher shares of state and local taxes while the wealthiest pay far less than in other states. Small businesses also pay higher rates than big businesses – even before all the tax breaks and (perfectly legal) tax dodging from which some corporations benefit.

For decades, Washington state’s economy, population, and total personal income have grown at much faster rates than sales tax revenue, which provides over half of the state general fund. As a result, we’re failing our kids. We haven’t been able to implement improvements in the K-12 system, we can’t provide all kids who need it with high quality early learning, and we’ve jacked up tuition and limited enrollment in higher education – even as more jobs require a college degree.

Most of us know terrific, inspirational teachers and school staff, and Washington’s school kids consistently outperform all American kids in standardized tests. Yet children of color face a big achievement gap, receive harsher discipline, and are more likely to drop out. Washington has the 4th highest number of kids per teacher among all the states. We’re only in the middle in terms of teachers’ salaries – Georgia and Wyoming pay their teachers better.

Two years ago, the state Supreme Court told the legislature it was failing to meet its constitutional obligation to amply fund K-12 education. The legislature adopted great goals to make quality education accessible to all kids, but failed to come up with a plan to fund it. Now the court has found the legislature in contempt.

While Washington ranks 16th among states in total personal income, we’re in 42nd place in our level of investment in K-12 education. All but one of the states ahead of us have an income tax.

Our current tax system worked well enough in the mid-20th century, but it’s insufficient today. As long as we continue to rely on sales tax for half our general fund revenue, we will fall behind and fail our children. The only way to make our system less regressive and require the people with the most money to pay their fair share is to lower the sales tax and adopt a progressive state income tax.

Even facing a contempt ruling from the Supreme Court, the odds of our state legislature reforming the state revenue system in 2015 are close to zero. Most legislators believe with good reason they’ll be booted out of office if they do. But maybe they could take a step in that direction by ending corporate tax breaks and adopting a capital gains tax –  which by excluding retirement savings and providing a modest exemption would fall almost exclusively on the top 5%.

To get the rest of the way to sufficient, stable funding for the long haul, the legislature could dust off and update the findings of the bipartisan Gates commission, which over a decade ago recommended restructuring the state tax system. Then in 2016, they could put some real options to fully fund a comprehensive education system before the voters.

Meanwhile, it’s up to us, the people of Washington state, to force a public conversation on what it’s really going to take to fully fund the public services we need for individual opportunity and shared prosperity. Because we’re the ones who are really failing our kids.