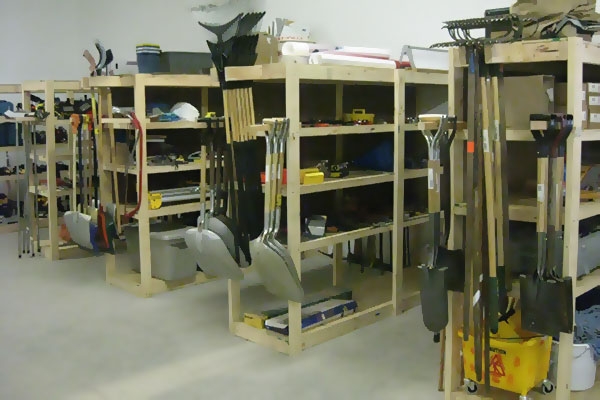 Gaining inspiration from tool libraries located in the other three quadrants of Seattle, a small group of volunteers have worked several months completing early planning for Southeast Seattle’s own tool library. The Internal Revenue Service this week approved 501(c)(3) tax-exempt nonprofit status for the organization. This significant milestone allows individuals and companies to deduct donations to the SE Seattle Tool Library on their itemized tax returns.

“We are just thrilled with the significance of achieving full-nonprofit status,” said Sally Bailey, founder and director of the SE Seattle Tool Library. “We achieved, in just a few months, what naysayers told us would take years. But our volunteer Board of Directors believes so strongly in our mission and the needs of this community that we will continue to move rapidly to deliver this important service to a deserving population.”

The Phinney Neighborhood Association began Seattle’s first tool library more than 35 years ago, providing inspiration for others throughout the United States. West Seattle gained its tool library in 2009 through the neighborhood group Sustainable West Seattle with the support of a grant from the Seattle Department of Neighborhoods.  Another neighborhood association, Sustainable NE Seattle, took the concept to a modern level in January 2013, opening their tool library to “inspire participation in community projects and pursue sustainability through backyard gardens, home energy improvements, food preservation, and water harvesting.”

“Seattle’s other tool libraries came out of existing neighborhood organizations,” said SE Seattle Tool Library Board Member Cindi Laws. “We are proud that SE Seattle Tool Library began this as individuals coming together to fill a giant void. We have unique challenges in Southeast, but we also have the benefit of thousands of people who came here with nothing and built their lives, their families, and their households. That’s our greatest asset and our greatest opportunity.”

“Tool libraries seek to make it nearly as easy as checking a book out of the library,” said Ms. Bailey. “The older tool libraries have been generous with their guidance, their practices and policies. Most have rental fees, on a sliding scale. But we want to take ours in a different direction. Once people become members, we hope that, with the help of grants and donations, we can loan tools, along with advice, at no cost. However, those who can will be encouraged to contribute to cover maintenance, repair and replacement.”

“We want to, very literally, provide the tools and the training so people can improve their homes, add value, improve their quality of life, and create pride in their community,” said Ms. Laws.

The SE Seattle Tool Library is in final negotiations on a centralized location accessible to both auto and transit users. Future goals include a mobile tool van.

Memberships and contributions are accepted on the website, http://www.seseattletoollibrary.org, or can be mailed to PO Box 78650, Seattle WA 98178.