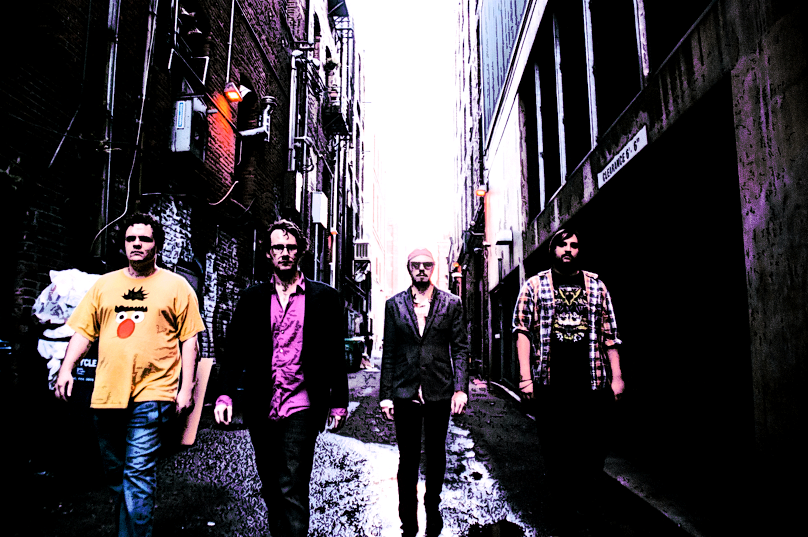 A few friends forming a band for the sole purpose of slaughtering time between guzzles of adult specific refreshment is about as common a ritual for the typical American male as persist. As these words are read, somewhere there is a group of underemployed 20 somethings who have converted a mother’s garage into a makeshift Muscle Shoals – and somewhere else a group of 40 somethings try to shake off the residue from a monotonous 9 to 5 by siphoning their dwindling energy into a jam session that is to music what Twilight was to literature.

No, that homemade bands proliferate like memes on the internet is no surprise. That one could be so good that they conjure up thoughts of Parliament-Funkadelic, Zapp and the Ohio Players is. Spice Rack -the South Seattle band that has injected The Royal Room in Columbia City with its dynamic blend of funk, rock, and soul in recent months- merits those exact comparisons by anyone who has glimpsed one of their impossible to stay composed in your seat performances. The Emerald caught up with Tristan Gianola, the band’s lead guitarist, to discuss their plans to make South Seattle a much funkier place, figuratively of course.

Emerald: What made you guys get together as a band?

Tristan Gianola:  I wanted to start a group that was really fun, and that we didn’t need to rehearse a lot and that we would be able to recycle the toons over and over again, so really Spice Rack was born out of necessity. I tried to find people who I thought were the best players for the situation. I wanted people who could really contribute their own personal language to the music we play.

Emerald: Is that what you attribute to your unique sound?

Gianola: It helps that every single musician in the band does so many different things. I play everything from country, to metal, to funk. Our keyboardist plays in a million salsa bands around town, and our drummer is also a fantastic composer and jazz musician. We wanted to leave room for any of these influences to come into our music at any given time, but we wanted all of them to work around danceable groove that the passive listener could enjoy just as much as the attentive listener.

Emerald: Your performances are starting to build a local reputation for being quite energetic. Is that a function of the personalities in your band?

Gianola: Sometimes we open our performances up and get a little crazy, but it just really depends on the environment and where we are. When we’re on stage we can all really vibe off of each other as friends and not just “wonderful” musicians who happen to work with each other. It’s because of that we’re willing to take more risk on stage, and have a great deal of fun. There’s certainly been many nights when we’ve fallen flat on our faces and things didn’t work out, but sometimes you really have these magical moments that only happen once.

Emerald: What do you hope people take away from your music after hearing it?

Gianola: I really want our music to be easy for people to relate to. I want it to be music that you can’t possible dislike and that’s danceable and fun. When you look at a neighborhood like Wallingford, they have regular funk nights where people go just to hang and kick back to the music. They have a  regular built-in community there and that’s something that I want for the southend area. While it’s great to play shows where there are a lot of people there unfamiliar with South Seattle who are checking out the music for the first time – we’d rather develop a friendship with the community we cater to. If we provided something for them to come together around I think that would be the most gratifying thing to us.

Emerald: Since you alluded to it, can you compare the southend music scene with that of the northend?

Gianola: We definitely have a diverse scene down here because it’s a really diverse neighborhood. In the northend every neighborhood seems to have its own little schtick. Wallingford is known for its funk and jazz, and Ballard is really common for country and string bands. The southend is a little hard to nail, but it did occur to me that there wasn’t a regular funk oriented thing that was going on when we started Spice Rack, and The Royal Room has noticed it as well, so we’re working on putting a regular funk night together.

Emerald: Who are some of the bands influences?

Gianola: That’s a fairly long list, but I would start with Danny Gatton, Mark Knopfler, John Scofield, Frank Zappa, and of course local people like Tim Young and Wayne Horvitz of Zony Mash.

Emerald: Finally, any advice for the burgeoning musicians in the South Seattle area?

Gianola: Play as much as possible; go out as much as possible, and talk to people as much as possible. I did the whole music school thing- and yes it was a great education-but when I started going out and playing with different people, some my age and some older, that’s when I really started learning.You’d be surprised how much you can pick up by just grabbing a beer with someone.

Also, one thing I’ve learned: people would much rather work with someone who’s really cool than work with an absolute amazing artist who’s a pain in the ass. Another thing I’ve learned is that in Seattle you have to make your presence known on the scene. A lot of times if you’re talented and people don’t call you, it’s not for any reason other than they don’t know you exist.  Everyone is always looking for someone and willing to give you a chance you just have to go for it.