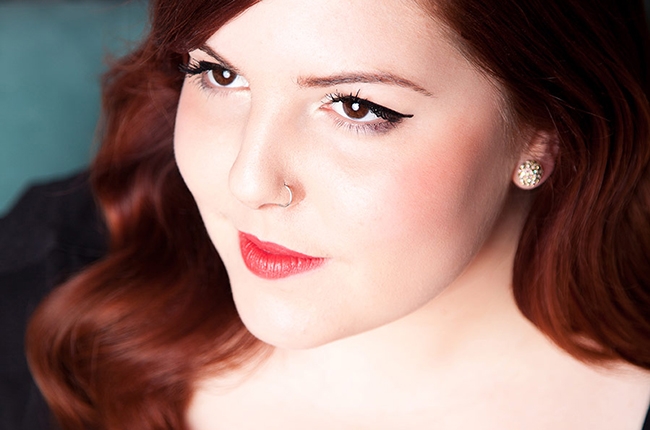 When I settled down to listen to Mary Lambert’s first album, Heart On My Sleeve, I knew her only as the woman featured on “Same Love” by Macklemore. Being a Seattleite hipster, I of course know all of the words to the song, and very much appreciate Lambert’s voice on the track. Therefore, it was with excitement that I clicked the first track, a song called “Secrets”. The first lyric was: “I have bipolar disorder”. Okay, I thought, A bit overly direct, but it could work. The song was upbeat, a bit like the Alanis Morrisette song I always wanted, with a catchy chorus. Although not very insightful, it was honest, and though simplistic, I definitely didn’t hate it.

The next song was more of the same – entitled “So Far Away”, this one reminded me more of Kelly Clarkson than Alanis. It hearkened back to the music I loved when I was 13, depressing lyrics matched to a bouncy melody that any bitter preteen could yell along to. “Ribcage”, her third song, featured both KFlay and Angel Haze and was a pleasant, though slight, departure from Lambert’s previously established pattern. Though the Angel Haze feature was rather unnecessary, the song’s quality matched the lyrics in a far more effective way than the first two on Lambert’s album.

Fourth in line was a slam poem called “Dear One”. This would have been absolutely perfect for the first track – dark, short, and a bit corny, it would have set the mood for the album very nicely. However, as a fourth song, it was just plain too much. The emotion in Lambert’s voice by this time added corniness rather than honesty to the track, and I found myself tuning out what I might have been interested in had it come before three depressing songs.

“Dear One” was followed by the token ballad, “When You Sleep”, which might be described as the desperate girl’s anthem. That being said, when I was in my early teenage years it would have reduced me to tears. Not just quiet tears, either, but those deliciously messy bawling-and-screaming-lyrics-in-your-mom’s-borrowed-minivan tears. Again, a hearkening back to the early 2000s in a way that I didn’t quite hate. However, this song was a bit less innocuous than the other bits of preteen fluff. With lines centered on changing for another so that they will continue to love you, it reminded me of the trend in modern pop culture that taught me and many others everything I know about the wrong way to love someone: to give up yourself so that another will love you enough to stay. This sentiment is prevalent in most music geared toward teenagers, and it makes my hair curl just a bit – if Lambert is so keen on advertising herself as a progressive, queer, women’s right-oriented young lady, then that shit has no business on her album.

The rest of the songs ranged from Avril Lavigne to Fiona Apple and back to Alanis and Kelly, carrying through the 2001 angst sound relatively seamlessly. I found myself nodding along to many of the remaining tracks, and even genuinely liking a few. The title track of the album was among the best of these; with a strong base line and catchy hook, it channeled Sara Bareilles’s vivacity and charm. Others, including another ballad entitled “Wounded Animal”, were not so strong.  Regardless, the rest of the album ended without incident, and each song strung together to form a cohesive piece.

Ultimately, as I compared each track to different early 2000s female songwriters, and reminisced about the good and bad themes from my childhood favorites, I was struck with Lambert’s intelligence. This album seems marketed toward the current generation of young teenagers, which, let’s face it, is where the money is at. Though maybe not the most original writing I’ve ever heard, Lambert certainly isn’t offensive, and if her themes on love are a bit sappy and misguided, at least she isn’t promoting misogynistic views. Would I recommend this album to my music-savvy adult friends? Absolutely not. Might I buy it for my 14 year old cousin? Definitely.

The bottom line: Sounding like a mix of every female singer from 1995-2005, Lambert’s first album is rather immature, both in content and song structure. However, the work as a whole is inoffensive, and I found three or four tracks musically interesting. This CD might not make waves in music history, but would probably be a good Christmas gift for any young teenagers around the house.