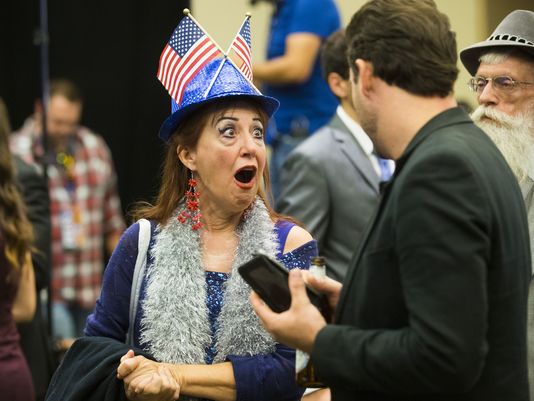 Liberal columnist Nicholas Kristof writes: “The midterm elections were a stinging repudiation of President Obama…” (New York Times, 11/7).  Republican National Committee Chairman Reince Priebus claims that the elections signify “the embrace of the values of conservative governing” (Wall Street Journal, 11/6).  In my view, both of these interpretations are flawed – the former because it is incomplete; the latter because it is inaccurate.  Referencing these (and other) problematic election narratives, Jennifer Duffy of the nonpartisan Cook Political Report asserts: “The Wednesday morning quarterbacking will be loud, and include voices who don’t have a clue as to what they are talking about” (NYT, 11/5).

Indeed, there were multiple drivers of the Republican midterm victory.  First, mid-term elections have historically been difficult for presidents. Since WWII, the party of the incumbent president has lost an average of 29.5 congressional seats per midterm election (NYT, 11/5).  Second, this phenomenon was compounded in this election by the profile of the specific Senate seats that were open.  President Obama’s staff research indicated that, “…no president in more than a half-century had as many Senate seats open in states lost by the president [in the general election]” (NYT, 11/5).  Third, the widespread view that Congress is ineffectual and mired in gridlock engendered a demand for change (Congress’ Gallup approval ratings were at 14% in October, and at 9% last November — an all-time low).  Fourth, many analysts believe that the GOP strategy of obstructionism is intended to foment public dissatisfaction in order to create a demand for change.  Paul Krugman writes: “But the biggest secret of the Republican triumph surely lies in the discovery that obstructionism bordering on sabotage is a winning political strategy…Mr. McConnell and his colleagues have done everything they could to block effective policy…This was, it turned out, bad for America but good for the Republicans” (NYT, 11/7).  Fifth, voter turnout was extremely low.  Less than 37% of eligible voters voted, down from 41% in the 2010 midterms.  This decline in voter participation hurt the Democratic Party disproportionately, as it many of its constituent bases (e.g., African-American, Hispanic, youth, lower-income) had low participation rates.  Columnist Johnathon Martin observes: “Voters who turned out Tuesday were older, whiter and more conservative than those who participated in 2012.  Sixty-five percent of those who voted were over age 45, compared with 54 percent in 2012.  Seventy-five percent of the electorate was white:  two years ago it was 72 percent” (NYT, 11/6).  And analyst Laura Meckler notes that white voters favored the GOP candidates by 20 percentage points (NYT, 11/5).  Sixth, the economy played a role in fueling discontent, even though the outlook has improved dramatically under Obama.  From the depths of the Great Recession, the U.S. unemployment rate has fallen from 10% to 5.8%; the Dow Jones Industrial Average has risen from 6,547 to 17,574; the U.S. budget deficit has fallen in real terms from $1.6 trillion to $483 billion; and U.S. per capita GDP growth rates exceed those of most advanced economies.  Nonetheless, despite this strong performance, the fact remains that GDP growth rates in the aftermath of the Great Recession lag historic norms.  Journalist Daniel Henninger observes: “Low economic growth in the modern U.S. economy is a total, across-the-board, top-to-bottom political loser” (WSJ, 11/6).

All of these factors – historical election dynamics, pathetic Congressional performance, GOP tactics, voter demographics, and economic considerations – served to fuel a nationwide movement for change.  These do not amass to a referendum on Obama (although his job approval rating of 42% was certainly a contributing factor).  Nor do these factors suggest a mandate for a conservative agenda.  Indeed, one of the most telling statistics of the election addresses voter discontent.  Jackie Calmes and Megan Thee-Brenan explain:  “…one-quarter of the voters who supported the [GOP] party’s candidates did so despite harboring bad feelings about the party.  Among voters who backed Democrats, a significantly smaller share was negative toward that party” (NYT, 11/5).  Instead, I believe that the 2014 midterm results are primarily a referendum against the ineffectual, ideological, non-substantive, partisan impasse that increasingly characterizes American politics.  Consultant Frank Luntz expresses this thesis:  “In fact, if Americans could speak with one collective voice – all 310 million of them – this is what they said Tuesday night:  ‘Washington doesn’t listen, Washington doesn’t lead and Washington doesn’t deliver.’” (NYT, 11/6) Voters responded to this by voting for change.

Unfortunately, as noted by numerous analysts, voters will likely be disappointed with the results.  The gridlock they oppose has deep roots that will remain untouched by the election:  district gerrymandering to ensure that very few races are competitive (the Cook Political Report states that the number of competitive House seats fell from 100 to 39 between 2010 to 2014) — a phenomenon that favors more ideologically extreme candidates; the tremendous increase in corporate and institutional campaign spending (due largely to the Citizens United decision); the explosion of PACs, Super PACs, and PAC servicing organizations; lack of campaign finance transparency (“dark money”); lack of term limits and top-two primaries in most states; etc.  Derek Willis writes: “Conservatives in the next House of Representatives will be more conservative and its liberals more liberal” (NYT, 11/6).  And Larry Jacobs of the Center for the Study of Politics and Governance at the University of Minnesota predicts that the elections will bring forth, “More of the same, but even more so.  It’s going to be even more bitter, partisan, white-knuckle politics” (USA Today, 11/5).

In sum, the elections were not primarily anti-Obama or pro-GOP, but rather an attempt to effect institutional change.  They were characterized by two anomalous attributes:  a massive candidate overhaul in the midst of an improving economic climate; and an attempt to address a dysfunctional political system by increasing its polarization.  Given the magnitude of the aforementioned structural factors that are actually driving ineffectual governance, the reformist objectives of this election are unlikely to succeed.

At the State Level, several additional observations can be made.  First, the balance of power in Olympia has changed very little in this election cycle.  Indeed, the most significant political change for Washington State will be at the national level, due to the decline in influence of Senators Murray and Cantwell as the GOP assumes Senate leadership.  Second, Washington State’s decline in voter turnout between 2010 and 2014 (at over 15%) was amongst the highest in the nation.  Third, as national politics becomes increasingly dysfunctional, initiatives for change are increasingly emanating from the states.  Columnist Froma Harrop writes: “A modern, future-oriented agenda has been advancing on the state level – as progressive governors rush into the vacuum of inaction left by Washington [D.C.]” (Seattle Times, 11/6).  Washington State has clearly established itself as a leader in this movement, playing significant roles in the LGBTG equality, marijuana legalization and minimum wage increase movements that are expanding nationally.  And with the passage of I-594 (closing the background check loophole for gun purchases), Washington State is positioned to be a catalyst for nationwide change in gun control policy.  If there is a silver lining in the 2014 elections, perhaps this is it — the continued dysfunction in Washington D.C. is being countered, to some extent, by important contributions from Washington State.

John Stafford is a substitute teacher for Seattle Public Schools and a former management consultant in corporate strategy.  He recently completed a run for State Senate in the 37th District.  He is writing a monthly article on public policy for the South Seattle Emerald

One thought on “Interpreting the 2014 Midterm Elections”