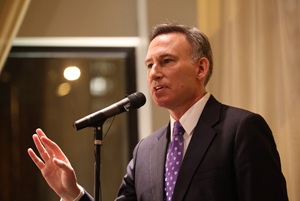 Where: 401 Fifth Avenue, outside the King County Executive’s office

No New Jim Crow Seattle is part of a growing movement to expose the racism at the heart of America’s criminal legal system that works to control, punish, and disenfranchise whole communities. The organization envisions instead the rise of community-based “transformative / reformative justice,” currently being practiced in many places across the country.

In 2012, King County voters approved $210 million for a new facility deceptively renamed the “Children and Family Justice Center.” No New Jim Crow Seattle believes that voters did not know they were approving a new incarceration facility, with 150 dorms and 10 court rooms. In protest against  the planned Youth Services Center redevelopment, No New Jim Crow is staging weekly vigils outside King County Executive Dow Constantine’s office and the office of Carolyn Duncan, Project Manager for the new “Children and Family Justice Center.”

Since 1998, King County has reduced the average daily rate of incarcerated youth from 200 to below 70, yet the racial disproportionality of this population has increased: African-American youth make up 8% of the King County youth population, but they represent 42% of the jailed youth.

No New Jim Crow Seattle is calling on King County to create an attrition plan to end youth incarceration. It advocates for transformative / restorative justice as a way out of the downward and destructive cycle that funnels youth—especially youth of color—into the mass incarceration system.

Any new facility must also embrace a process to include youth and families most affected by the school-to-prison pipeline, racially disproportionate policing, and the foster care system in meaningful, ongoing dialog to envision what services are actually needed.