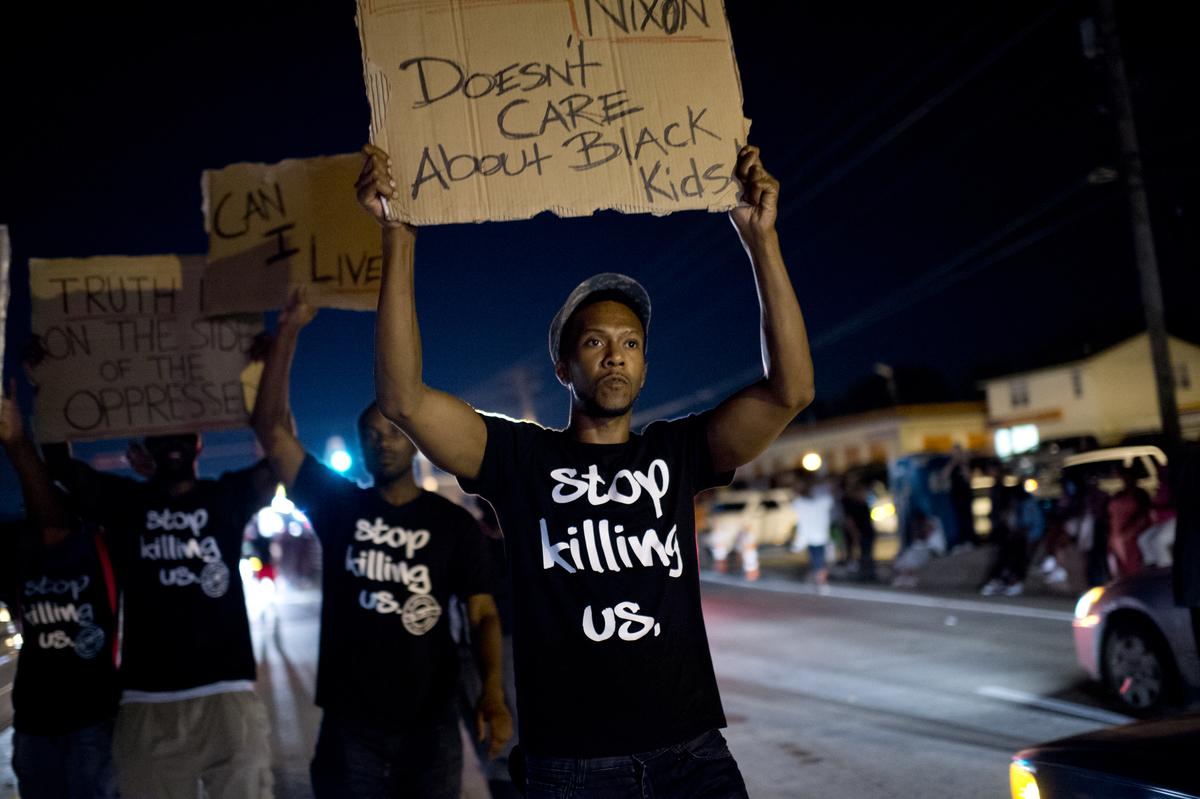 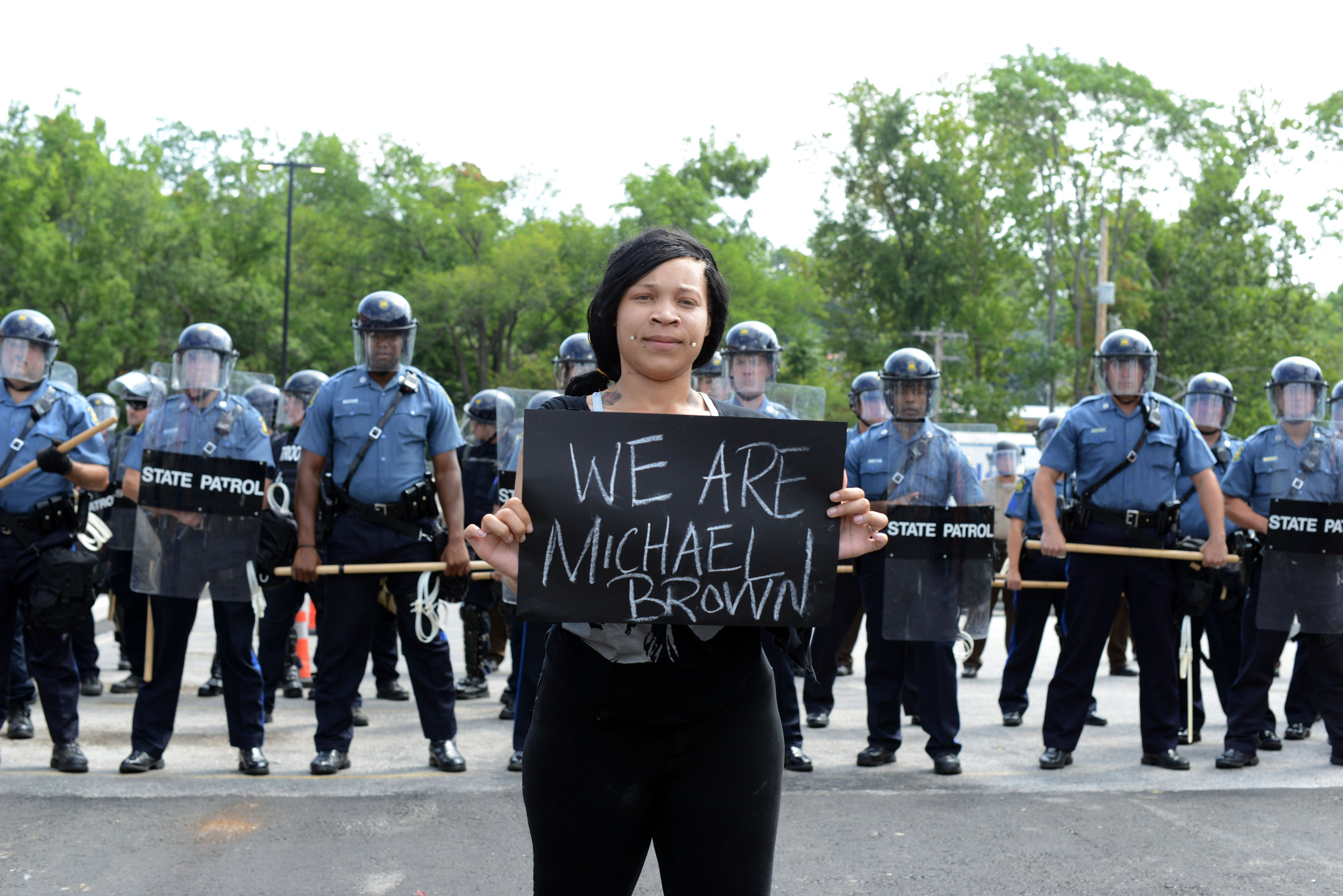 In an announcement anticipated by most long before it was officially revealed around 6:00pm PST last night, a St. Louis County Grand Jury decided not to indict Ferguson, Missouri Officer Darren Wilson in the August shooting of 18 year old teenager Mike Brown. While the small Midwestern city with a population of less than 22,000 erupted in a storm of violence- with at least a dozen buildings reported burned down as of this morning- the decision has reverberated throughout the country sparking mass demonstrations from coast to coast.

Despite concerns that the south end community- home to Seattle’s largest population of African Americans- had potential to be a hotbed for unruliness with Seattle Mayor Ed Murray activating the “Emergency Operations Center” to handle any fallout from the Grand Jury decision, most of the night’s disorder was confined to the Downtown area.

However, what did emerge from an area that has had its own ambivalent relationship with local law enforcement was a torrent of opinion about just what the decision meant to the South Seattle community.

As horrific as the act of shooting Mr Brown was, the approach to revealing the decision of the grand jury, to me, is just as appalling…who does it that way and why? …its a probable cause hearing…the waiting,  the anticipation is a horrific display of humanity. It allows a percolating of emotion and anxiety that should be avoided.

The fact Mr. Wilson was not indicted, while not a surprise, extends the trauma perpetrated on the black community since its arrival on this continent 395 years ago. Who is tending to that?

My heart breaks, because of a very tragic realization: I’m a mother who gets to explain to her two children that they will never be fatally shoot by the police because they’re white. For the first time I see that this system is truly insane and unjust. Why we don’t all see that, I don’t know.

Basically the lesson is blacks can’t kill anyone, but anyone can kill blacks. This is really just a damn shame. There’s no other way to put it. I’m tired of people saying, well that’s just down there. No, it’s everywhere including here. I’ve been stopped along Renton Avenue because I’ve fit the description of a black male between the height of 5’2 and 6’9.

When (Jared Loughner)  shot congresswoman Gabby Giffords and killed all those people  in Arizona they apprehended him. When James Holmes went on that rampage in Colorado killing all those people at the Batman movie they took him down without a scratch. Trayvon Martin didn’t have a weapon and he’s dead.Michael Brown didn’t have a weapon and he’s dead. Oscar Grant was laying face down on the ground handcuffed and he’s dead. John Crawford had a toy gun and he’s dead. The difference is they were all black. Why that is not viewed by every American regardless of color as a tragedy tells you right there how sick this country is.

Keeping it local, we’ve had several SPD officers who have not be indicted for similar crimes against people of color. This system is crazy, you march against it, complain against it, rally against it, and guess what? It’s the same old thing every time. Nothing changes, and quite frankly I’m beginning to believe that it never will. I hate to say this- I really do- but I don’t trust police anymore and I’m going to teach my son that you have to always be on guard against them because you’re guilty until proven innocent.

Look, people want to jump up and down about the verdict, but no one knows what the grand jury saw or heard. We know that (Mike Brown) wasn’t the most stand up guy- he had just robbed a store. I’m not saying every cop is perfect, but people automatically want to rush to judgement every single time a cop kills someone. So how are those people different from the cops they claim rush to judgement when they see a black male? They say, “Well why couldn’t he have shot him in the leg.” Well hell, if someone is beating the crap out of me I’m really not sure if that’s an option.

We want to get all up in arms about white on black violence but guess what? That only accounts for 7% of black homicides. 93% of blacks are killed by other blacks, but that’s ignored. All the recent violence that’s happened in the Rainier Valley was mostly black on black violence, and where were the protest then? Race is  the low hanging fruit in America because it’s easier to blame everything on that instead of looking in the mirror.We need to take care of our own backyard, namely reducing crime here before we worry about anywhere else.

People want to talk about why don’t the protesters keep it peaceful. Well, you know what? I can’t tell those people not to burn down buildings or to act out. When you have no voice, and you have no power, and you are constantly victim to a legal system that is not designed for you, what else can be expected from you? I’ll be honest, people of color in Seattle have enough animosity towards law enforcement that the next time a “Mike Brown” situation happens here, they can expect many of us to do the same thing that people in Ferguson are doing right now.

I really wish I was surprised, but I’m not. I don’t know what I’m going to say to my son. How do you teach him that you already have all strikes against you when dealing with our legal system. All I know is things can’t continue to go on like this whether it’s Ferguson or Seattle.