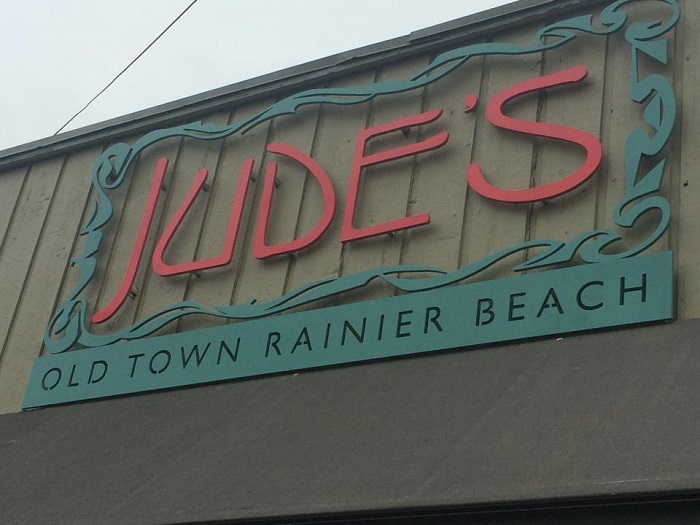 It’s three-thirty on a blustery Friday afternoon, and the tables at Lottie’s Lounge are filling. Early birds are enjoying a happy hour beer or tucking in to hearty mac n’ cheese. Owner Beau Hebert pops out of the kitchen where he’s been discussing the days’ specials. “New customers!” he calls out happily, and proceeds to greet and take drink orders.

Hebert’s especially busy nowadays because of a second project – the opening of a Rainier Beach restaurant called Jude’s. It will be a neighborhood bar with a full menu and craft cocktails. Hebert walked us through the space on 57th, a block off Rainier, pointing out where the kitchen, booths and stage would be amid the construction. “It’d be a great place for a small jazz combo,” he says, pointing to a riser under a large window. “Hope to have a piano in here, so a little piano bar.”

But paying for all this requires money. “It’s difficult to get a traditional bank loan,” Hebert says, “even if you’ve got a successful place.”

An unusual funding source took Beau off the beaten path. He found a specialized, no-interest loan that will pay for constructing the bar and the sound system for his stage. And the money didn’t come from a bank. It came from you. Or if not you, maybe your neighbor.

Hebert teamed up with an organization called Community Sourced Capital. CEO Rachel Maxwell explains, CSC turns social capital into monetary capital. “[It’s a] lending system that helps deploy capital directly from people in the community to the small businesses they know and love.”

And it’s happening in Rainier Beach. Hebert just finished raising a staggering $35,400 from the local community in one month.

You may have seen the fundraising site being shared online in October – “Lottie’s Lounge is launching a sister location…Jude’s in Old Town Rainier Beach.” It prompted 84 individuals to buy one or more $50 ‘squares’ towards funding Hebert’s loan, surpassing his minimum request of $10,000 and closing in on the maximum amount of $40,000. ‘Squares’ are paid for online via credit card, and Community Sourced Capital manages the loan, using flat fees and a revenue based repayment schedule that is kinder to small establishments. ‘Squareholders’ get their money returned to them within 3 years or sooner, if the business can pay the loan off early. Lenders can also roll squares into a new loan if they’d like to fund another. “It’s beautiful, right? It’s not some big New York Bank,” says Maxwell.

Community Sourced Capital has provided loans for a hotel’s new solar hot water system, a juicer for an organic cranberry farm, and startup capital for restaurants, all viewable on their website. Monthly newsletters to squareholders keep them informed on how businesses are doing repaying their loans and keep them connected to their investment. “We’re building connections as well as capital,” says Maxwell.

Hebert seems to know everyone that comes into his restaurant. “We have great customers,” he says. He’s chosen not to know who funded his loan, even though he could. He says he can treat everyone the same that way. And he says he can’t wait to host his mystery supporters and their cohorts at the bar they funded, with a community sourced sound system playing in their ears.

This article was originally published in Southend Seattle