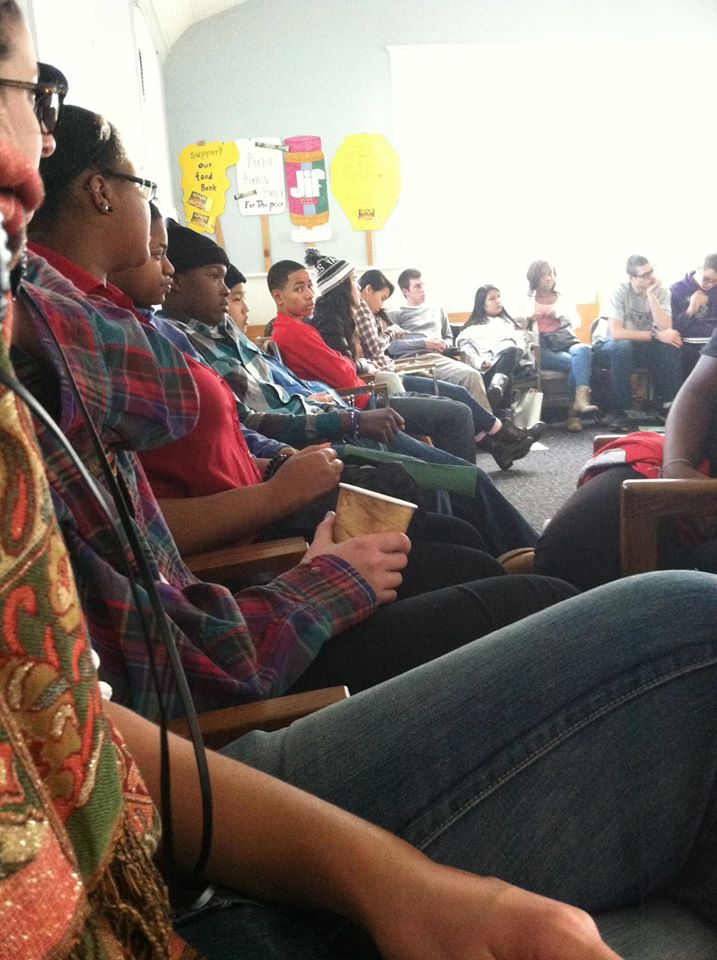 Listening to Dustin Washington describe a callous Seattle School District unresponsive to the needs of the majority of its students one finds it easy to sketch parallels between the bygone era of the 1960’s and today.

For many south end area parents the conditions that once spawned the necessity for South Seattle communities to form their own educational centers- known as Freedom Schools- are as alive and well in this decade as they ever were. Washington, who is the Director of  The Community Justice Program at the American Friends Service Committee (AFSC), says he speaks for many in the community when he charges the Seattle Public School system with neglecting to provide an education that goes beyond rote memorization and “teaching to a test” for its students of color. Asserting that this dubious education results in children learning what to think as opposed to how.

This, amongst several reasons, is why Washington, who played an integral role in bringing Freedom Schools back to the South Seattle area in 2001, is ecstatic about the upcoming Tyree Scott Freedom School put on jointly by the People’s Institute Northwest and the AFSC.

The School, which kicks off its two day winter session on Monday at Bethany Church in South Seattle’s Beacon Hill neighborhood, will feature a curriculum foreign to most Seattle Public School school classrooms as it focuses heavily on structural racism, classism, power relations and their entrenchment in American Society. These are lessons Washington says affect the everyday lives of South Seattleites more than anything they’re currently subjected to in the public school system, and ones he feels would be of great benefit to every Seattleite regardless of class, race, age, or gender. The Emerald spoke with Washington at the Columbia City Bakery.

Washington: Well in the wake of everything that is happening across the nation in terms of police brutality, police murders, high poverty rates, the over-incarceration of our youth, the breaking down of our social safety net and  the poor education system that many of our students-especially black students and students of color are receiving- it’s important for young people and old people to get a genuine context along with an understanding and analysis as to why these things are happening.

If you listen to a lot of the arguments -specifically around Eric Garner and Michael Brown- a lot of people are saying, “Racism! Racism!” but without a common analysis many people are speaking and talking a different language. It’s important that people get clarity on how racism manifests itself on a structural and systemic level. We as a society need to move away from the thought that this is about the individual intent of one bad or malicious person. These aren’t isolated incidents. From our analysis these systems were set up to do exactly what they’re doing, so the racial disparities that exist and the violence that comes out of these systems has been their essential function throughout the history of the United States. Until we  fully understand that it will be hard to transform these institutions and systems.

Emerald: So what can be expected over the two days of the Freedom school?

Dustin Washington:. The first day is going to be focused on a power analysis looking at the structural nature of how systems oppress poor communities. It will also help participants process their feelings around Michael Brown, Eric Garner etc. The second day is going to be focused on understanding the school to prison pipeline, the prison industrial complex, and The No New Jail Campaign. We’re really trying to use it as a recruitment ground to get more young people engaged around the organizing we’re doing for the that campaign. We will also talk about the people here in Seattle who speak with a progressive face, but when it comes down to it are driven by the whims of power and money.

Emerald: Parents in the Seattle Area, regardless of color, generally feel that the public school system isn’t adequately fulfilling the needs of our students outside of preparing them for standardized examinations. You can point to the rejoicing around the McCleary decision as well as the clamoring for more charter schools as testimony for this. It seems like an education in the humanities is no longer appreciated. How does the Freedom School help to remedy this?

Washington: Our approach is very humanistic. Everything we do we try to do from a set of Undoing Racism Principles that originated with the People’s Institute for Survival and Beyond. So we try to create a learning environment and culture that is very value based and really pulls out the best in a student.

We don’t necessarily have to fill them with the banking style of education that is prevalent today. We instead seek to pull out their inherent knowledge and experience and contextualize that for them. We then fill in some holes for them in terms of providing some historical, factual, and data based analysis.

We know that many of our young people don’t do well in school because they’ve been lied to and they know they’ve been lied to, so we really try to ground the Freedom School in the truth. From our experience, when young people are given the truth, not only do they grab onto it, but they desire more; they crave more. By attending Freedom School, I think we spark the flame and desire for critical thinking and critical discourse in a young person on what is happening in  their communities, their lives, their families and their relationships to the different institutions they deal with on a day to day basis. That could be education, criminal justice, housing or what have you.

Emerald: What do you think of the current state of our school system?

Washington: The school system in done in my opinion and I’m not just talking about here in Seattle. Its purpose is to create workers in an economy. Right now we live in an economy of extremes. On one end it’s either high skill/high tech. Those jobs typically go to young people who are prepared for that level of employment and that means upper class, privileged and white who usually go to the best schools. On the other end of the economy you have low level, low wage, service sector jobs. Those are the ones our kids are being prepared for right now as they sit in their classrooms. They aren’t being taught critical thinking. When you factor in the constant bombardment from the mass media with nothing but junk food news that surely doesn’t sow any seeds of critical thinking, nor does it teach them anything relevant about the world. Our kids are being consistently lied to on so many levels.

Emerald: You’ve touched on it a bit, but what do you hope students  bring back with them to their public schools-whether that be Franklin, Rainier Beach or Cleveland High School?

Washington: One of the most damaging things that the school system does to black children and people of color, is destroy their self esteem and make them feel that they are the problem; that something is wrong with them. Our hope is that when the young people go back to their school and their community, they  first understand that they’re not the problem. We want them to know there is something wrong with the systems that exist and we want them to feel a sense of agency in terms of changing these systems. We want them to organize around how to transform these systems.

Emerald: How are you making sure the two day session breeds sustained action around issues being presented at the school?

Washington: The sustainability is for young people to get involved with Youth Undoing Institutional Racism, which is a year round project. They can also get involved with EPIC (Ending the Prison Industrial Complex) which is a year round effort as well, and then support us in expanding the Freedom Schools everywhere possible. We feel that it’s not so much that (the Freedom School) so important, but we believe the information we’re disseminating is.

Emerald: Originally you were only going to accept 25 students, but ended up with 60 after a flood of request. Do you feel that was a result of the renewed dialogue around race in American Society that’s been stoked by the high profile incidents of police violence against the black community?

Washington: I definitely feel that  the overwhelming response of people wanting to attend the Freedom School this year has been sparked by different highly visible incidents that we’ve seen around the country and that’s exciting. Any chance we get to connect with that many young people is beautiful. It is a curriculum that anyone from Bill Gates to someone sleeping on the street needs to be privy to.