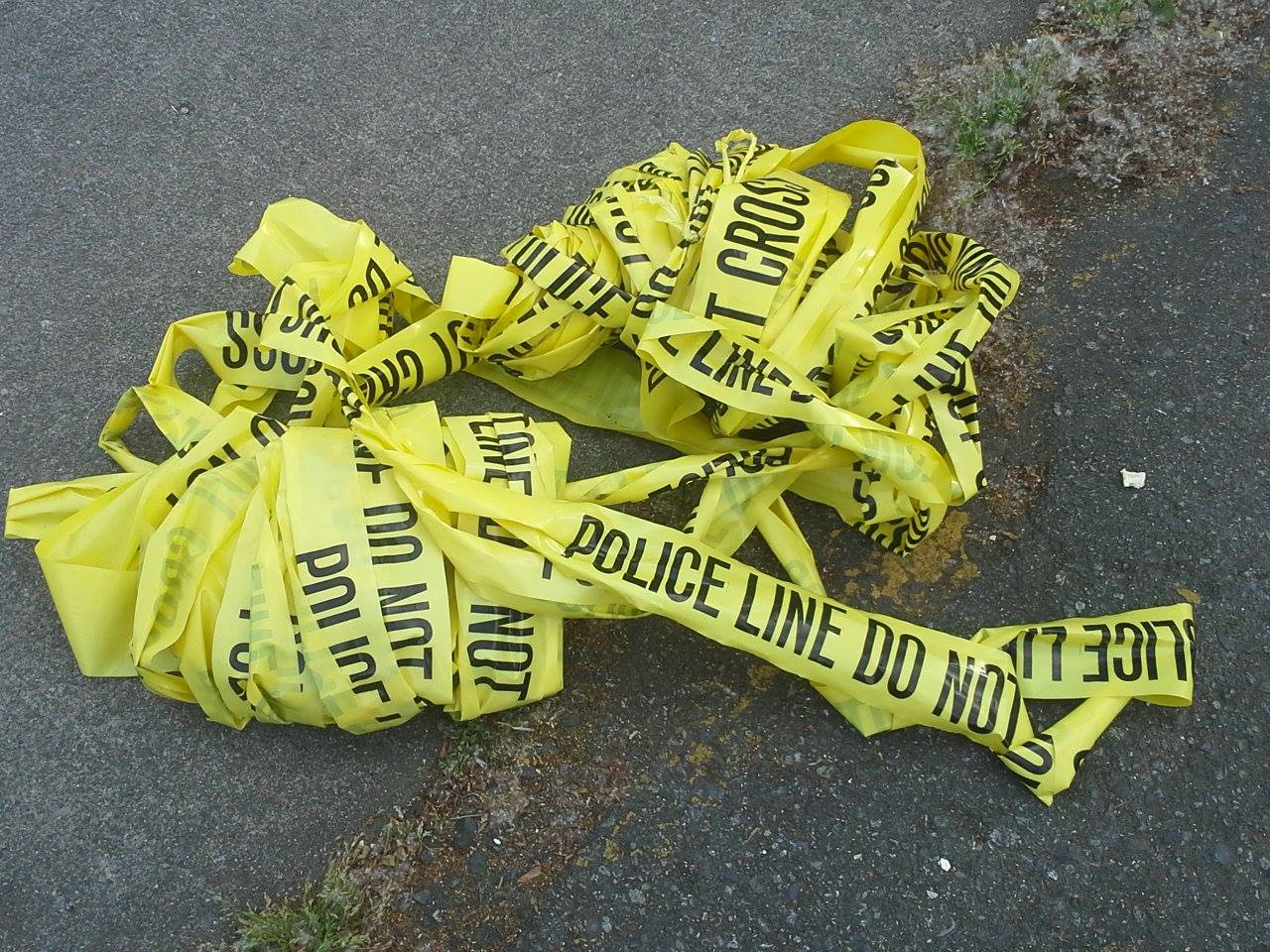 Since December 30, 12 of the 14 tweets the Seattle Police Department sent (@SeattlePD) involved violent crime in the South Precinct. That would include the King Donut robbery and assault, the shooting in Dunlap, the Brighton drive-by, the Georgetown Robbery and stabbing, the shooting spree at S Eddy & Rainier, the Homicide and shooting gallery at Rainier & Kenyon. Exaggerations are unnecessary. Especially when actual data show that violent crime in our South-end neighborhoods is far above the rest of the city combined. In just one week.

It was a week in which the individual South Precinct Police Beats tweeted out hundreds of additional incidents of burglaries, robberies, assaults, car theft, and drug crimes.

It was a week when many local elected officials tweeted or posted on social media about the two-year-old boy who accidentally killed his mother with her own gun inside an Idaho Wal-Mart.

It was a week in which Mayor Ed Murray tweeted about same-sex marriage in Florida, support for medical marijuana, applying New York City’s public-private parks partnerships in Seattle, and the Seahawks home field advantage in the playoffs.

Obviously, some people have their priorities, but talking about violent crime in South Seattle doesn’t seem to be one of them.

Local people, however, are shaken to the core after learning of the horrifically violent assaults on Heng Hay and Chea Pol, owners of King Donut & Teriyaki. As first reported by the Rainier Valley Post, the couple were beaten and robbed as they closed up the business at 7:30, Friday January 2nd.  Both Mr. Hay and Ms. Pol landed in Harborview Hospital; where Ms. Pol was hospitalized with severe injuries. Their bloodied and bruised faces represent our beloved elders; they represent our parents and grandparents. Their personal story is compelling; they survived Pol Pot and the Khmer Rouge in their native Cambodia, only to be savagely battered in South Seattle. A GoFundMe account has been set up to assist with their growing medical bills.

While we collectively grieve over this high profile tragedy, bullets and fists continue flying all around us. Some areas have been extremely hard hit, especially the area around Rainier Beach. Victims include seniors robbed while banking at the US Bank branch located inside Safeway, and teens being strong-armed for their cell phones near the light rail station. Victims are white, Black, Asian, immigrant, long-time resident, youth, elderly, gang members, upstanding citizens, business owners, homeowners, renters, the comfortable and the poor.

Marquee events of the past week

Seattle Police Detective Patrick Michaud confirmed the explosive crime wave. He noted that under the leadership of Police Chief Kathleen O’Toole, SPD now examines data and trends through its SeaStat program, launched in August. Department commanders and others in the Department attend and analyze “Serious Incident Reports” and if emerging trends warrant, officers may be deployed into targeted areas. The next analysis is this Wednesday, and South Seattle crime is at the top of the agenda.

Policing crime is like a game of Whack-A-Mole. Crime patterns go up and down throughout the year. Some criminals move on to easier pickings. Det. Michaud noted that home break-ins are high during summer, when people leave windows and doors open. Sadly, holiday time tends to bring increases in violent crime when alcohol and sometime-fractious families are combined.

But that doesn’t explain this extreme onslaught of violent crime. These latest shootings and violent assaults do not involve family violence.

SeaStat figures show crime was up 13% city-wide last year. In the South-end, crime was up by double digits in every major crime category except rape and burglary (sorry to those in Columbia City, where homeowners in a tight-geographical area were hit repeatedly, but the numbers were actually lower than 2013. Ugh). There are those who continue to deny these dramatic statistics, pointing out that West Precinct, which includes downtown and Pioneer Square has hundreds more crime. Yes indeed they do, if you count car prowls. But nowhere else in Seattle do residents suffer the level of gun violence as those of us in South Precinct.

Those Pollyannas whose denial-filled craniums remain impacted in the furthest reaches of their own colons: pull your heads out. Insisting things are “really not that bad” is to accept the hurt and pain wrought upon our near and dear friends. We don’t need to repeat this cycle.

Last Spring and early Summer, more homicides were committed in the 37th Legislative District than American war deaths in Afghanistan. Six weeks after the first wave of homicides, it took the murder of a clean-cut college kid on the overwhelmingly white, North Queen Anne campus of Seattle Pacific University to actually get the attention of key city leaders that Seattle may have a problem. Unfortunately, only a few of our city and regional leaders bothered to set foot in the Rainier Valley.

Seattle City Councilmember Bruce Harrell continues to take things personally. A lifetime resident of South Seattle, Harrell chairs the Public Safety Committee. For five years, he vigorously advocated for body cameras and demanded police reforms. “Every one of us should be extremely concerned about these crimes,” he said last night. “All of our policies must be designed to prevent crimes and we must capture the suspect. I was heartbroken and angry when I heard the news of the elderly owners of King Donuts.

“I have required that our police department increase patrols at the most critical hotspots,” Councilmember Harrell continued. “Roughly half of Seattle’s crime occurs on about five percent of the City’s blocks. We need more patrols of officers walking the street so potential criminals know a police presence exists; we must improve the lighting; and commit prevention resources. Rainier Valley, like all neighborhoods, deserves the best policing.”

The City of Seattle has about 1,200 police officers. Each mayoral administration promises to hire more cops. And yet the Seattle Police Department has the same number of officers as we did in Mayor Norm Rice’s Administration (1989-1997).

Police Chief O’Toole previously served as head of the Boston Police Department. Since her hiring last June, there has been tremendous attention paid to the contrasts in the two cities: Boston is nearly the same population as Seattle, has only half the land area but has 750 more police officers on the streets.

Hiring more police officers may not solve our problems however, if our resolve for change is inadequate.

Seattle City Councilmember Sally Clark is a resident of the Brighton neighborhood, where a couple of drive-by shootings took place last week. “The attacks of the past week have brutalized individuals, but also the community. People throughout Rainier Beach and up the Valley are doing amazing things to improve the world and their corner of it. New businesses, revamped parks, even new construction of apartments and homes. Between the increased hiring SPD will do in 2015 and the continued creative community building work of neighbors, we can’t let up.”

Cindi Laws is a resident of the Rainier View neighborhood, a long-time activist and a former elected official in the City of Seattle. She is the founding columnist of Emerald in the Rough.

5 thoughts on “Emerald in the Rough: New Year Worse Than the Old Year, South Seattle We Have A Problem”