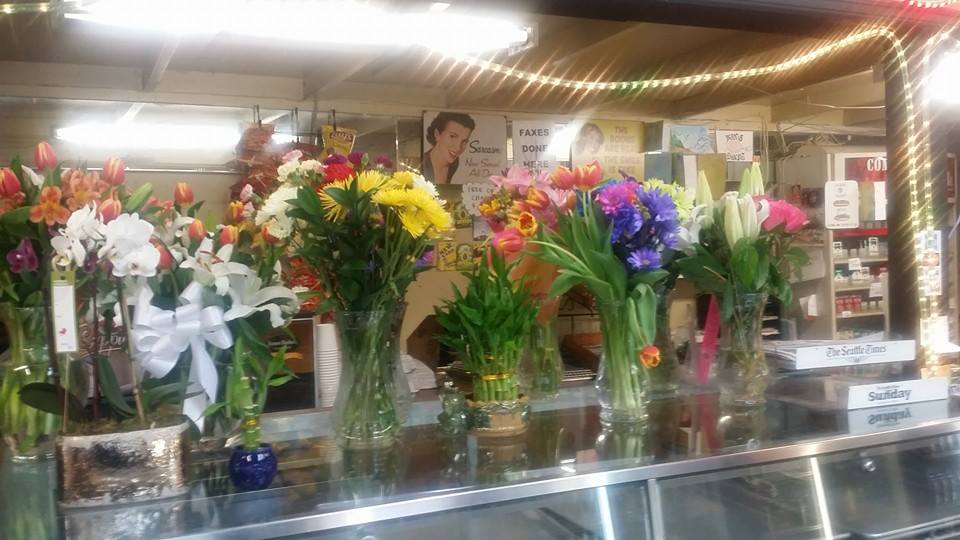 The heinous assault and robbery that left the two owners of one of the Rainier Beach area’s most beloved businesses brutally beaten has resulted in an unprecedented outpouring of support from the local community for the two victims and their family.

As has been widely reported, last Friday at around 7:30pm, King Donuts owners Heng Hay and Chea Pol were viciously assaulted and robbed by a still unknown assailant after locking up for the night. The attack left both hospitalized at Harborview Hospital with severe injuries.

Less documented has been the way in which the Rainier Beach community has rallied around its venerable donut shop in the immediate aftermath of the tragedy.

“The Safeway adjacent to it could crumble to the ground and King Donuts would still be standing. The people in this community would make sure of that,” said Kris Kendell, a Rainier Beach resident and community tutor.

In the subsequent days since the attack, it is this community that has swelled the walls of the versatile business that has  satisfied sweet tooths, teriyaki cravings and laundromat needs of several generations of Beach-ites throughout its 28 years in businesses.

The day after the attack residents literally crammed sardine style inside the shop located on Rainier Avenue South to offer condolences, flowers, cards, donations to cover medical expenses and words of encouragement to the owners’ family members.

“Here in Rainier Beach, we don’t separate business from community, which is why the vicious mugging of the Hay family is felt both personally, and as if it was also a direct assault on the King Donuts business. It is heartwarming to see that the community has been coming out in droves to support both the family and business during this difficult time,” offered Maia Segura, who is the Community Business Manager of the Rainier Beach Merchants Association.

Phillip Wayne, who since hearing of the incident has bypassed his morning ritual of visiting the Columbia City Starbucks for a Caramel Macchiato in favor of coming to King Donuts to order a “plain old cup of coffee,” shared that the assistance the community has extended is nothing new. “I remember when the Rainier Beach Safeway was going to first move in and they didn’t want King Donuts to share its parking structure. They basically were trying to get rid of the place. The community came together and signed a petition so that it would stay here. You don’t mess with this place.”

Speaking from her parents’ business, Channa Hay – the eldest daughter of the assault victims- says that the entire family has been overwhelmed, not just from the support they’ve received from the immediate community but from those who rarely set foot in Rainier Beach.

“We’ve had perfect strangers who don’t live anywhere near the area come in here and tell me that they heard about my parents and just wanted to come by  and say  sorry.” She says.

Though that hasn’t been the unlikeliest source of support according to Hay, as even many of the area’s “less than model” citizens have expressed their sympathies to the Hay Family.

“Some people call them ‘thugs’, or what have you, but even they’ve come to us saying: ‘I wish I knew who did this to your parents because I would beat them up myself.’ I think that comes from us always treating whoever stepped inside here with respect, and expecting the same thing back in return. Anything bad that someone might be doing was always left outside of here,” Hay asserts.

When asked if the attack had made her family consider relocating from the Rainier Beach area, Hay was visibly perturbed by the notion. The Rainier Beach native shared that in King Donuts’ close to 30 years in business this was the first incident – major or minor – that had taken place.

Hay- who has barely found time for sleep in recent days between working a full shift at King Donuts and hospital visits-  says she would rather focus on the positive aspects of the community rather than have what one incident serve as a black eye on the entire area.

This sentiment is echoed by several community leaders including Rebecca Saldana, who, as a Rainier Beach resident and Executive Director of Puget Sound Sage, continues to advocate for improved economic and safety conditions in the area: “That moment does not define our community but it is an example of why we are all committed to making sure that we support each other in times of need and organize to make sure that every young person has a clear path to opportunity and positive ways to engage in our world and in our community.”

As her parents slowly recover from their injuries, Hay expressed her gratitude for all those in the often maligned area she’s called home for much of her life for their assistance in helping both herself and her siblings get through an indescribably challenging time.

“Our family is really just thankful for the love and support from the Rainier Beach community and strangers near and far.”

Donations towards Heng Hay and Chea Pol’s medical expenses can be made at the following link:
http://www.gofundme.com/jn6spg

2 thoughts on “In Wake of Attack, Community Rallies Around King Donuts’ Business Owners”