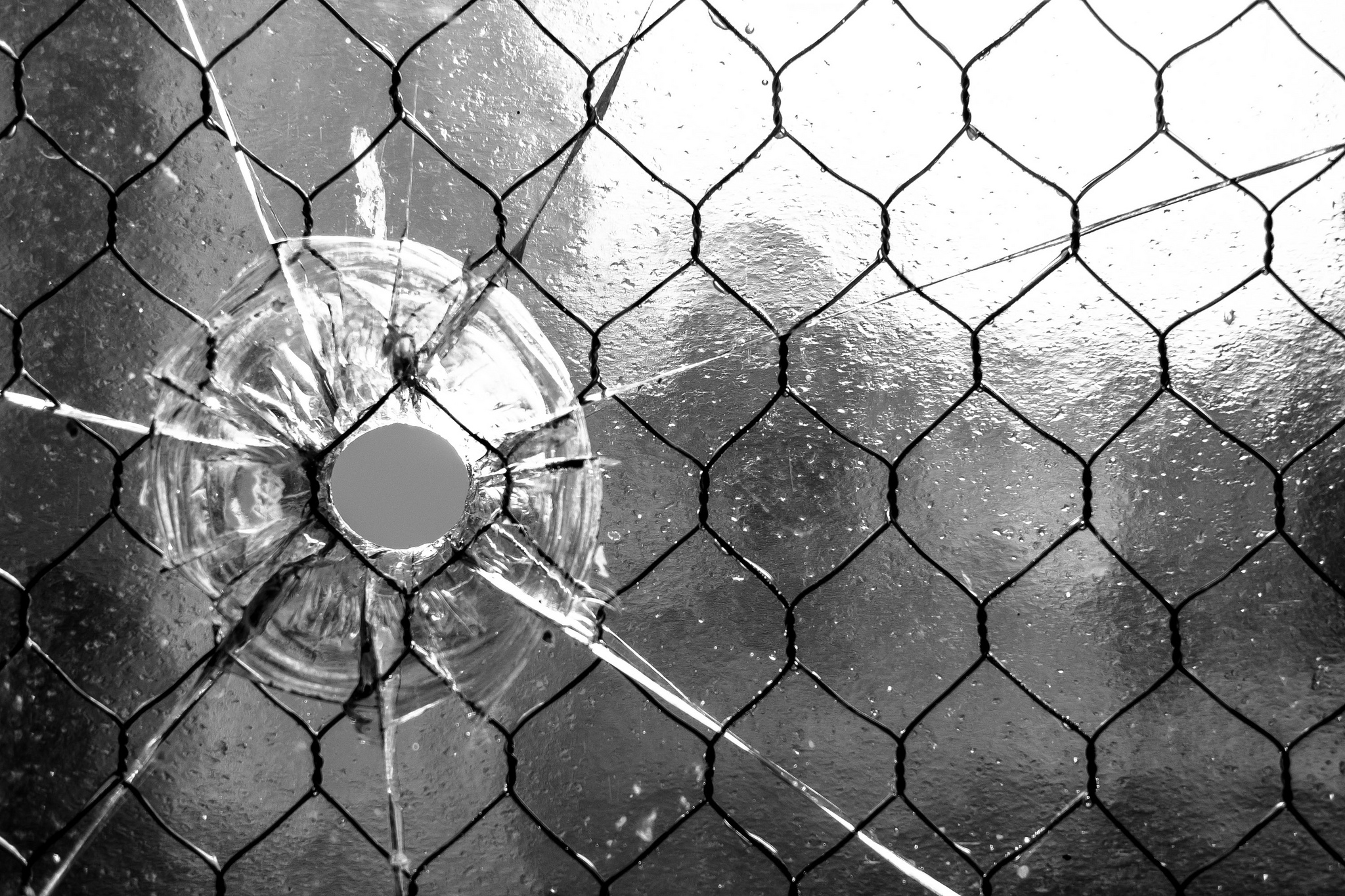 All that happened on Tuesday at Seattle’s “Last Chance High School”, the Interagency High School at 3528 South Ferdinand Street in Columbia City, was a lockdown.  A 17-year old student had been openly carrying a gun in the school hallway. Other kids, who have come to this particular public school fleeing jail, detention, drugs, bad homes, or worse, took cover. Police arrived and the armed student ran away; officers arrested him a short distance away. No one was shot; no one was injured, the gun was recovered. This time.

This incident followed a blocks-long gun battle rolling through Columbia City the night before. It was reportedly unrelated to the school event a few blocks away. The shoot-out involved at least three handguns and three vehicles near South Oregon Street and 37th Avenue South. When one of the vehicles crashed, gunmen jumped out and continued shooting. Vehicles were riddled with bullets; a house was hit by gunfire. Gang units are on the case.

Gun violence isn’t slowing down in South Seattle. The best thing going right now is that the perpetrators are really bad shots. Be thankful for small favors.

But the worst thing, well, that might be the deafening silence from City Hall. Two weeks ago, I wrote about our explosive start to the New Year, with at least nine shootings and several extremely brutal armed robberies. South Seattle residents, Seattle City Councilmembers Bruce Harrell (Seward Park) and Sally Clark (Brighton) quickly responded, as they often have to community concerns. But the rest of the council? The mayor?

As noted previously, the mayor’s office has been very quiet on the subject of crime in Southeast Seattle. After numerous inquiries and requests for comment, deputy press secretary Mike Gore said, “our priorities include tracking the Sea Stat Program and crime hotspots. The mayor is tracking crime in every neighborhood.”

Sea Stat is a data-directed approach to crime, implemented by Police Chief Kathleen O’Toole two months after her hiring. Seattle Police Department command, the city attorney and certain city staff attend briefings every two weeks to discuss approaches to trends, including shifting of patrols and assignment of special units. The public is not invited, but a PowerPoint slides is posted online. Two weeks ago, Seattle Police Department spokesman Patrick Michaud indicated the January 7th Sea Stat meeting would specifically address violent crime trends in South Seattle. Thus, one might be forgiven for noting the dearth of data on violent crime from the South Precinct in that report. No mention of the savage beating and robbery of Heng Hey and Chea Pol of King Donut. No mention of the violent gas station robbery, permanently blinding Kashmir Sangha after he was stabbed in both eyes. No mention of the homicide of Karriem Rahman in Brighton. No mention of at least five separate drive-by shootings in a seven day period.

Fortunately, Sea Stat’s report of January 21 offered a more complete picture. Things are not trending well. Major crimes are up 9% citywide: homicides up 13%; Aggravated assault up 15%, and rape up a staggering 27%.

The Seattle Police Department is divided into 51 police beats. Shots fired citywide in 2014 were up 22% over 2013, 9% over 2012. 353 incidents, with 98 resulting in injury or death. But in the ‘we don’t want to win-this’ category, 25% of the 353 of those shootings occurred in just three of those 51 beats: the southern part of South Precinct, encompassing Brighton, New Holly, Rainier Beach and Rainier View neighborhoods.  For the preceding four week period (December 20, 2014 – January 19, 2015), half of all shots fired in the entire city (32) occurred in South Precinct. The next closest police precinct? West Seattle, with five.

To be fair, Mayor Ed Murray on January 9th issued a full smack down of King County Executive Dow Constantine’s plan, announced January 8th, to book and immediately release suspects committing non-violent felonies such as property crime and identity theft.  FBI statistics show Washington has the nation’s highest per capita rate of property crime. Murray called Constantine’s plan “an unacceptable public safety risk to the residents of Seattle … and may also undermine the hard work of police officers. Rapidly releasing suspects sends a signal to both officers and the public that that the criminal justice system does not take these crimes seriously.”

Relating to crime, the mayor’s office says he is taking his lead from the Chief of Police. But while Chief O’Toole continues to make great strides reaching out to disaffected communities and implementing reforms, regular folks are yearning for more leadership and faster results.

Seattle native and 8-year resident, Kristin Wood Harwell lives near to Othello Park, site of several gunfights and many assaults. She watches over kids in her neighborhood, and has sheltered them in interior rooms to escape bullets. “We need improvements to our social structure,” she said. “For youth, there is simply no hope. Gangs or crime are a viable choice because there are no jobs, no educational opportunities. South Seattle is considered by many to be a lost cause. The city isn’t doing anything down here. Mount Baker isn’t economically challenged, Rainier Beach is. We need immediate solutions in the areas that suffer the most.

“We need more police presence in the short term,” Harwell continued. “There’s little media coverage of crime. People here are so used to hearing gunshots that they won’t report it anymore. But I am not giving up. I’m going to fight to make things right for kids. This is my community and I love it here.”

Harwell isn’t the only one. The New Year’s Eve homicide was the motivating factor inspiring a few hundred people to march in solidarity and peace in the South End on Saturday, January 17. Organized by Christian faith-based youth leaders in just ten days, members of a dozen churches came to show their love for the community in which they live. Pastor Peter Chin leads Rainier Avenue Church, one of the larger march participants. “We live here and we love it here, but our tolerance level for violence has long passed,” he said. “This isn’t a single battle, but sort of a ‘war of peace’. We are moving forward, taking baby steps, but forward we will march. This community doesn’t speak with one voice; it doesn’t have one vision; there is little partnership with government. We want our city leaders to hear from us, and we want to hear from our leaders. We must, if we are to make any progress.”

Cindi Laws is a resident of the Rainier View neighborhood, a long-time activist and a former elected official in the City of Seattle. She writes for the South Seattle Emerald and other sources.