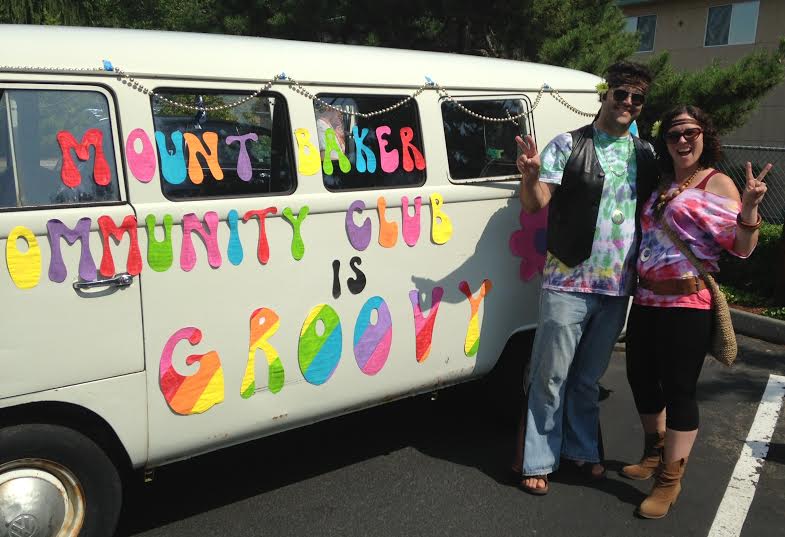 Known Around South Seattle As:  The Programs and Marketing Director at the Mount Baker Community Club

You moved to the area a few years ago. What’s kept you in South Seattle?

Our wonderful neighbors and our amazing neighborhood! We didn’t really know anything about South Seattle when we bought our home in Mount Baker. It was pretty much the only part of Seattle in 2006 with homes selling near our price range. (It was either South Seattle or Lake City Way. Needless to say, we chose South Seattle.) What we did not anticipate was the incredible sense of community here in Southeast Seattle. It’s really quite extraordinary. We just have the most wonderful neighbors. I love that when I take a walk through the neighborhood I’m constantly stopping to say hello to the abundance of wonderful people I’ve gotten to know here. My 9 year old son is well known by all the neighbors. He feels safe here. He knows he could knock on nearly any door if he needed help. Our Mount Baker neighborhood feels like a small town, with all the benefits of a big city. We knew nothing about South Seattle when we moved here, but now it’s hard to imagine us ever living anywhere else.

You’re an event planner by trade helping to plan many for the Mt. Baker Community Clubhouse. If you were given an unlimited budget to plan an event for South Seattle that would make the gods above us seethe with envy, what would it be?

Given an unlimited budget, and no city permit restrictions :), I would plan a music festival in Seward Park! The main stage would, of course, be at the amphitheater. We’d have a second large stage down by the swimming beach. I’d have a few other smaller stages scattered around the loop and some small singer-songwriter stages throughout the forest trails. I’d love to feature as many South Seattle bands as possible on the smaller stages, and showcase the wide variety of world music represented here in the South End. There would be camping in the fields by shelters 3, and shelters 4 & 5. The music festival would be completely family friendly, and include many of the incredibly talented and engaging kids bands I work with as part of the Clubhouse’s Kindiependent Kids Rock Concert Series. We’d also, of course, have several beer stops scattered around the park where you could grab a Spinnaker Bay or Flying Lion beer. Given no restrictions I’d love to fill the park with great music, wonderful community, good friends, fun. All of it.

What’s most unique about South Seattle in comparison to other places you’ve lived?

The amazing cultural diversity. In first grade, my son’s class at John Muir Elementary School did a unit on the different breakfast foods kids eat around the world. It was so incredible to see how many of the dishes they discussed from the various countries around the world were represented in his very own classroom. He had Vietnamese kids in class that eat xoi every morning and could bring some in to sample. One Somalian family brought in macsharo yariis for the kids to try. It is such a blessing to be raising my children in such a culturally diverse community. That definitely makes South Seattle an incredibly special place.

Back to your event planning advice. With the Seahawks back in the big game what are the do’s and don’ts of hosting a successful Superbowl party?

When I’m planning a party the biggest thing for me is the comfort of my guests. Beginning with the basics, of course… food & drinks. Don’t feel like you have to provide it all, but make sure and let your guests know what the expectations are. Don’t be afraid to ask people to bring something. Often people feel uncomfortable coming to a party empty handed, let them know in advance what they can bring. I attended a party recently and the host said in the invitation “Don’t come hungry & BYOB.” I loved that! It was so helpful to know I should eat before we arrived. And don’t forget the non-drinkers – I always have a pitcher of water out on the counter. It’s important, after all, to stay hydrated 🙂

Beyond the basics, I like to make sure folks have a comfortable place to sit. If you’re having people over for the Superbowl, make sure everyone will be able to sit comfortably to watch the game. If you don’t have enough couch space, toss some pillows and things on the floor for people to sit on. And, put some thought to where people will place their drinks. I try and make sure every seat has a small table or something comparable for folks to put their drink on.

The other 2 key pieces for me are lighting & music. When I’m hosting a party I try and avoid overhead lighting. It’s usually just too bright. Lamps, candles & white Christmas lights are a much softer and more pleasant way to light your party. And… music. Without music there’s a lot more pressure for people to (gasp!) talk. Music helps lighten the mood. It fills the dead air. It can give people something to talk about. And… it’s fun! There’s such great music services out there these days. Services like Spotify & Pandora have ready made “party” mixes or other playlists already created to help fit the mood of your event. For your Superbowl party, throw some party music on at half-time!

What event, thrown by you or anyone in the South End Community, within the past two years are you most proud of as providing a genuine representation of our area?

Of course, I have to mention the Mount Baker Day in the Park Festival (held every September in Mount Baker Park). This year’s festival was such an incredible event. It was so heartwarming to see kids, neighbors, grandparents, everyone(!) participating in the field day games. It brought me back to an older, simpler time when communities came together like that. There didn’t need to be any fancy rides, or games, or anything over the top. Just a good ol’ fashioned egg toss brought the whole neighborhood together in such a touching way. It was really special. And SO FUN!!!

1) “The new Mount Baker Town Center is amazing. It’s so fun to walk around to the shops and eat at the new restaurants.”
2) “I just love hiking in Cheasty Greenspace. We’re so lucky to have such a beautiful, urban forest park.”
3) ”Home break-ins & crimes around the light rail stations have completely disappeared in South Seattle.”