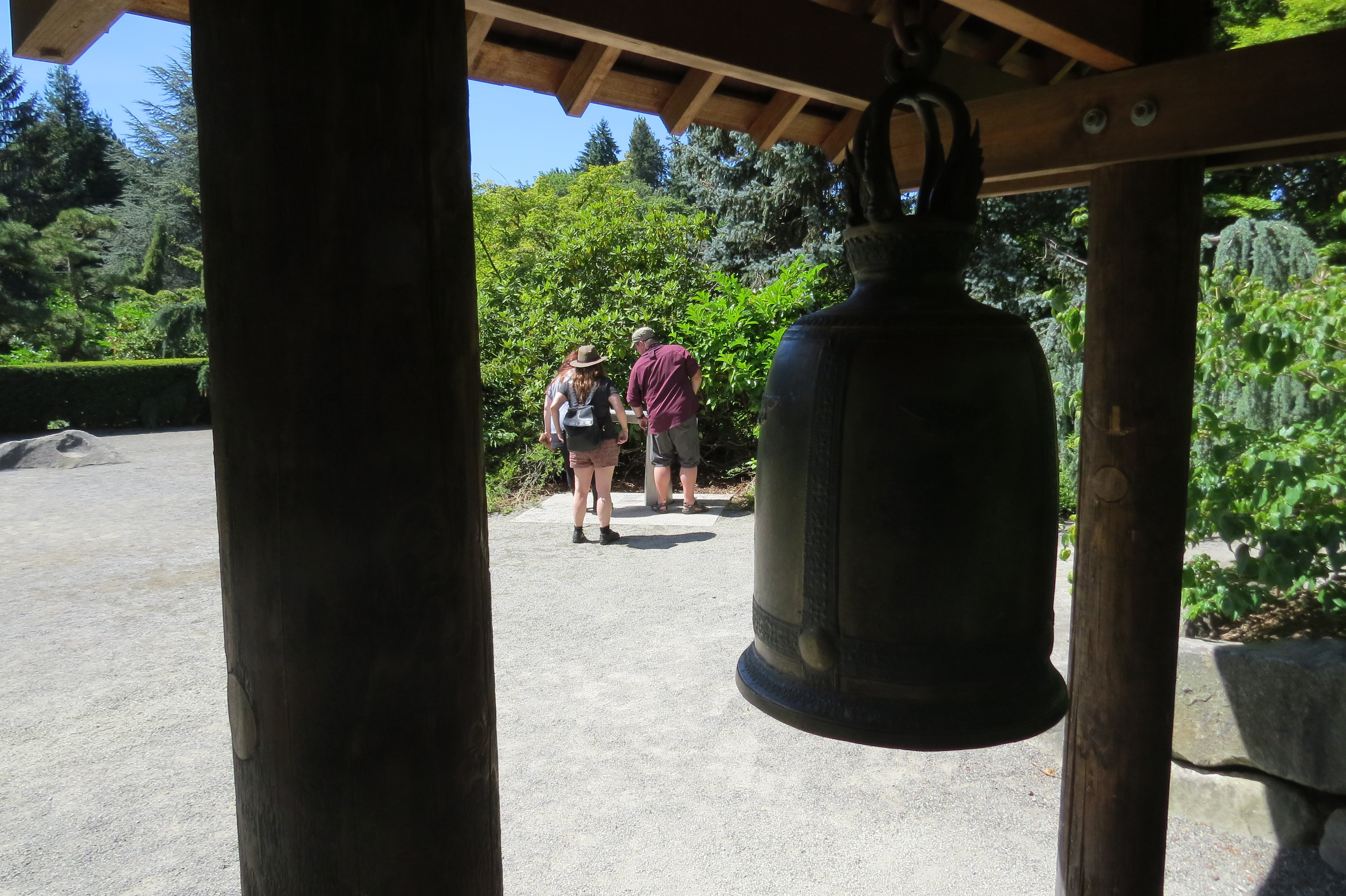 Planting trees in the hillsides surrounding Kubota Garden is one way neighbors in South Seattle can make an impact in their community. Join a volunteer tree planting work party this Sunday! http://seattle.cedar.greencitypartnerships.org/event/6215/’

The Green Seattle Partnership allows volunteers to help the Seattle Department of Parks and Recreation remove vines and replace them with evergreen trees that will become a permanent part of our urban forest.

Mapes Creek runs eastward down the hill in a valley from the ridge on top of Beacon Hill & empties into Lake Washington. Along the way, water seeps from the hillside to form the necklace of serene ponds inside Kubota Garden. After flowing out of the garden, Mapes Creek dives into a culvert underneath Renton Avenue South and ends up near the boat dock in Beer Sheba Park by Rainier High School.

Last week the city announced completion of a $2 million dollar project to daylight the last few hundred feet of Mapes Creek at the mouth of the creek.

Kubota Garden is a Seattle city park that was began in 1927 by Fujitaro Kubota, A Japanese rice farmer, he immigrated to this country in 1907 and started a landscaping company. Eventually he cultivated a client list that included many wealthy citizens and facilities such as Seattle University and the Blethen family, owners of the Seattle Times newspaper. He & his sons started a 5 acre plant nursery & sample display garden for prospective customers to see the types of rare plants, water features and stone pathways his company was able to install. During World War 2, the Kubota family was interred at the detention camp in Idaho and became overgrown. At the time, people who were not U. S. citizens were not allowed to own real estate, but the property was held for him in a friends name. After the family was released, they cut back the 4 years of encroaching weeds that had overgrown the facility. Mr. Kubota acquired more land totaling the current 20 acres.

The city parks department purchased the property in 1987 with funds provided by the State of Washington Department of Transportation when construction of the Highway I-90 tunnels removed city parkland. Later, open space funds were allocated to add a ring of about 20nacres of undeveloped land around the perimeter of the garden to protect the watershed of Mapes Creek. Last year the city added 5 more acres of wetland buffer abutting the Kubota Garden Natural Area on 55th Street. These undeveloped hillsides are known as the Kubota Garden Natural Area. Volunteer Forest Stewards from the Green Seattle Partnership are organizing the effort to reclaim these hillsides from encroaching vines and invasive non-native species of weeds. There is a plan to restore the forest on 2,500 acres of parkland throughout the city by the year 2025. To do this, we need your help ! In 2014 volunteers attended 1,000 forestry events & spent over 67,000 hours to accomplish this city wide goal.

Currently, 2 new developments totaling 18 homes are proposed for 3 acres adjoining the north side of Kubota Garden. About 40% (1 1/3 acres) of this creekbank area may become impervious surface of rooftops & a network of private asphalt driveways connecting Renton Avenue with 51st Avenue near the fire station. The building permit process continues, and a sign on the curb shows a proposed subdivision layout of 8 homesites. The Department of Planning and Development is reviewing the building permit applications with the proposed designs. Citizens are invited to submit public comment on the 10 unit Project #3018093 at 9663 Renton Ave S & and the 8 unit Project #3018834 at 9684 C 51st Ave S. To comment, send an email to prc@seattle.gov with the project number in the Subject line.