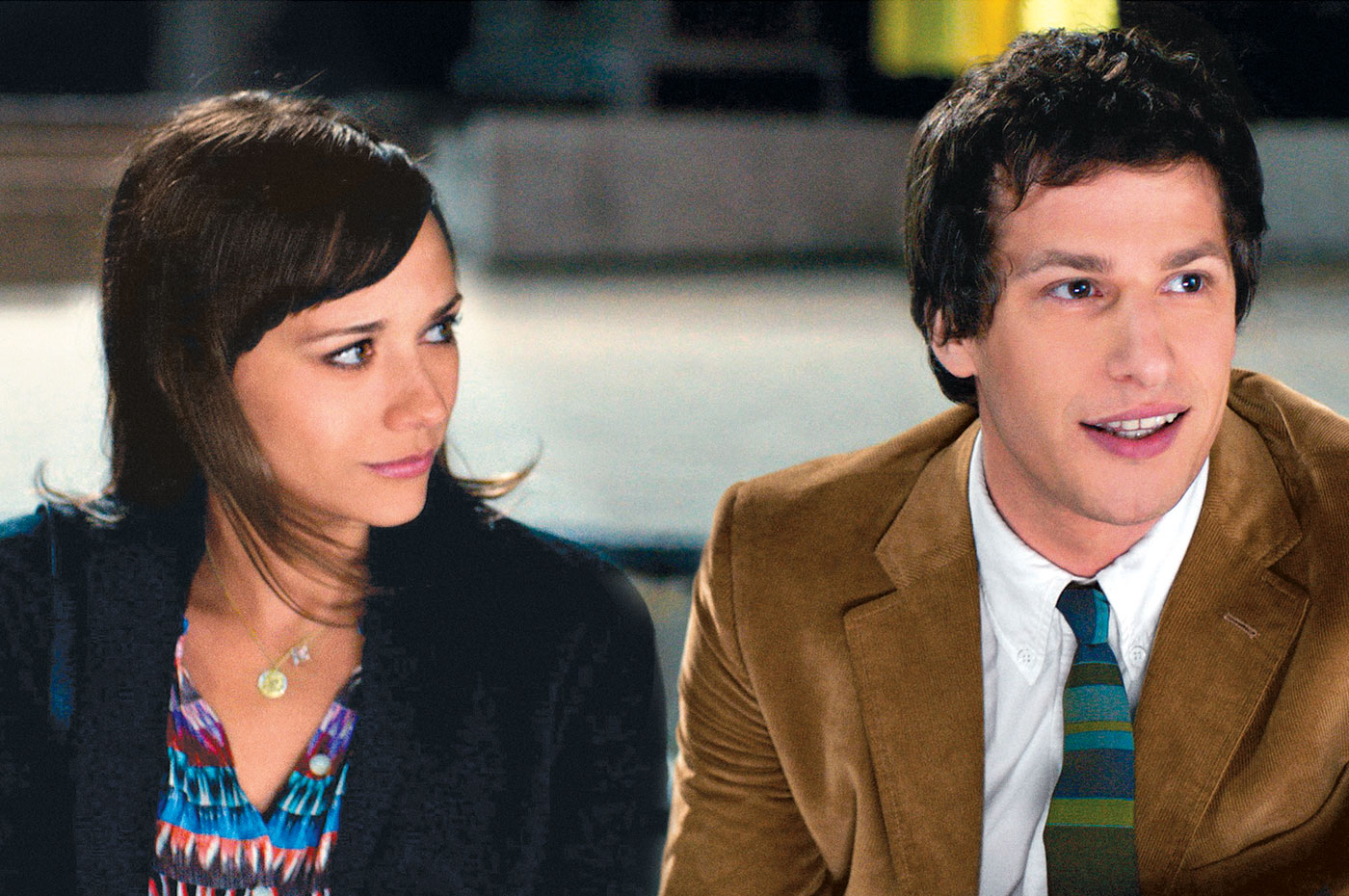 The phrase “Don’t judge a book by its cover” has merit, especially in the metaphorical sense. When you’re talking bosses, neighbors, friends, that weird homeless dude who lives in a hut made of tarp and cardboard – it can be a reminder to look past the surface and give the person in question a shot.

Well, yesterday, I was reminded of the usefulness of the phrase’s literal meaning – or, in this case, semi-literal. When I sat down yesterday to watch “Celeste and Jesse Forever”, my nose was already wrinkling in disgust. The title alone was awful, a terrible amalgamation of every rom com from “When Harry Met Sally” to “Diamonds Are Forever” and everything in between. The cover wasn’t much better. Rashida Jones (Celeste) and Andy Sandberg (Jesse) are featured in various “mid-action” and “cutsey laughter” shots, amidst “snappy” pics of supporting characters. As a person far more geared toward horror movies, action flicks, and weird philosophical films, I was, shall we say, less than thrilled to watch this cliché chick flick. But, a job is a job, and I settled down with my tea to review it.

The opening confirmed all of my worst fears. As Lily Allen sang a peppy love song, I was made to watch a montage of a happy couple, meeting, falling in love, getting married, the whole shebang. Then, the movie pans out to “real time” as we see the couple (Sandberg and Jones) singing to the song in the car. Ew. But then, after only a few minutes, we learn that this couple, in fact, is separated. Interesting, I thought. This, at least, was a creative twist on a movie that I thought I had seen all too frequently,

And so, just like that, I was invested, against my better judgment.

I’d like to say that after this initial crack in my cynical-assumption-armor, the movie utterly blew me away. However, the fact is that it did exhibit many of the same clichés and tropes that any romantic comedy has. Career-driven girl meets deadbeat guy, they fall in love, she leaves him, he meets someone else, she realizes what she had all along was pretty damn good, etc., etc.. These plot points were the predictable ones, the things I had called from reading the back of the film case. But what ended up surprising me was the uniqueness of interaction between two people who had known each other forever, who were best friends, and who were coping with the realization that sometimes, having a perfect connection just isn’t enough to hold two people together forever.

The best compliment I can give this film was that although it was cliché on the micro scale, on the macro scale it blew me away. Yes, “Rashida Jones in a yoga class” was a scene similar to every other romantic comedy I’ve seen since yoga became a thing. Yes, there was the classic “we-had-sex-oh-no-I-still-love-you” bit, mending, healing, moving on, etc., but then A TWIST, yada yada yada. Yes, Jones and Sandberg’s two best friends just happened to be getting married and asked each of them to be Maid of Honor and Best Man, respectively. And maybe this is enough to turn you away from this little gem of a flick

But if you look past all that, past all the crap that the writer and director had to put in for those mid-30s ladies who need a good cry on a Tuesday evening while they’re drinking their white Zin and eating Theo chocolate, this movie was actually stunningly beautiful. The shots of Rashida Jones’s breakdowns were gorgeous; close-angle blurred shots from above that captured her melting confusion. The connection between Jones and Sandberg and their couple friends was unique, hilarious, and ultimately really, really heartbreaking. And lastly, but perhaps most importantly, the bond between Jones and Sandberg, the backbone of the film, was perfect. The portrayal of inside jokes, moments of connection, being “okay” but not actually okay with seeing the person you love more than anything move on with their life – but still go on loving you – all of these moments were done with care, elegance, and grace.

I won’t tell you how the movie ends. No spoilers from this lady. And I also won’t tell you to DROP EVERYTHING AND GO SEE THIS MOVIE, because to a certain extent, you’ve seen it before. But what I will say is, if you’re in the mood for some humor, some heartbreak, and some romance, I’d choose this one over “21 Dresses” any day of the week.

So, folks, when you pick up an actual book or film, don’t go judging them by their literal covers. The phrase exists for a reason.

The Bottom Line: Despite a good deal of clichéd tropes and plot points, “Celeste and Jesse Forever” brings a refreshing, unique portrayal of a very unorthodox – and lovely – relationship. Check it out.