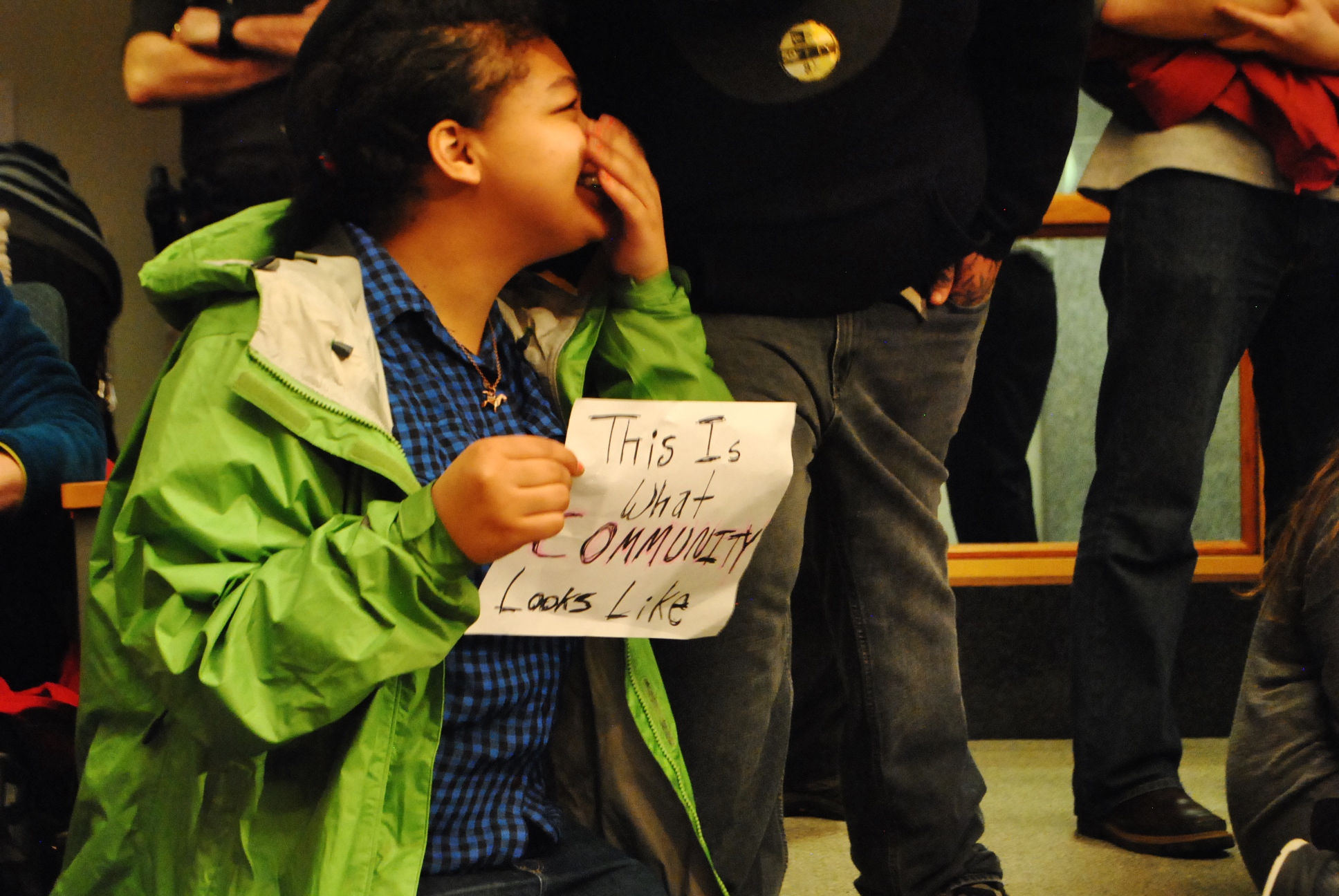 Note: This article was originally published in the Seattle Weekly

On February 9, hundreds of those opponents flooded the Council’s chambers on the 10th floor of the King County Building to denounce the future $210 million King County Children and Family Justice Center, to them a shrine of a brutal and broken juvenile-justice system desperately in need of repair. For six hours, community members delivered fiery public testimony accusing Council members of racism. At one point, activists declared a “people’s filibuster” and took turns reading from Angela Davis’ famous screed Are Prisons Obsolete?

(Read the rest of the article at the Seattle Weekly)

2 thoughts on “Youth Jail Goes Up, Activists Go On”