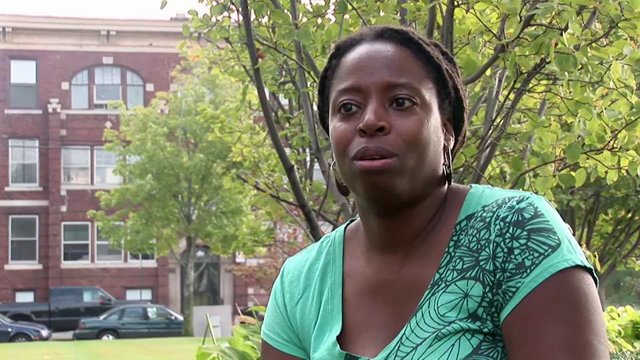 In a glorious metropolis synonymous with pervasive deterioration and unemployment, urban gardens flourish, artists run free and neighbors are doing it for themselves. Documentarians Melissa Young and Mark Dworkin bring their film “We Are Not Ghosts,” a story of ambitious Detroit residents remaking their city, to tonight’s Beacon Hill Meaningful Movies. Does South Seattle have anything to learn from their tale? The Emerald spoke with Young to find out.

Emerald: Why feature Detroit in a documentary? Most of the news hovering around that city paints it as a “third world country.”

Melissa Young: We visited Detroit during the U.S. Social Forum, a gathering of 15,000 people from around the country trading stories, ideas, joining forces for justice. Previously, long-term friends who have lived and worked in Detroit for decades, among them Grace Lee Boggs who is in the film, had urged us as documentary makers to have a look at the grassroots, empowering activities by local residents. Encouraged by what we saw, we returned a couple more times to film.

Emerald: While there’s arguably no neighborhood in South Seattle that mimics the drastic depravity showcased in your film, could you compare and contrast Detroit and the South End from the viewpoint of community empowerment?

Young: One thing is, I wouldn’t call Detroit “depraved”, but rather deteriorated in terms of housing and many houses boarded up or torn down as people have moved out of the city as the auto industry declined. Unemployment is very high. With a lower tax base, services have declined, businesses have moved away, and you may be aware that the governor sent in an emergency manager, in essence an unelected leader to manage the city. Many residents are very dissatisfied with that. As for comparing Detroit to the South end of Seattle, I am not fully informed, and would look forward to discussion from people attending the screening who know the neighborhood better. At this point Detroit is at least 80% African American, and it is my impression that South End Seattle has a rich mixture of many ethnicities.

Emerald: “Community self-reliance” is a central theme in your film, as it showcases Detroit natives taking the initiative in starting businesses, community schools and urban gardens. What do you think the South End community can learn from what’s happening in Detroit?

Young: What has happened is that people realized that if they want something to happen, they have to rely on themselves and their neighbors to get by. That has called for great creativity and some people have risen to the challenge. With vacant lots, people started the community gardens, other projects like place based schools. Every city and neighborhood is different, but here we have some community gardens and other projects that encourage collaboration, and I look forward to learning more about that from people who come to the screening.

Emerald: The documentary also highlights several of Detroit’s artists.  What role did you discover artists play in an area’s resurgence as South Seattle has its own flourishing arts scene?

Young: With less official activity has come the physical and psychological space for creativity. Artists are key, and we especially appreciated the collaboration of Jessica Care Moore whose words gave title to the film. We had the opportunity to hear a number of other spoken word poets, and found their insights valuable. Chace Morris has an incredible piece, “Gas stations, liquor stores, churches.” – and we saw a lot of those in the run down neighborhoods. Those who have remained in Detroit sometimes are there because they are committed to the city. Others, including many young people are attracted to the city and we visited a number of group houses. As you can imagine, housing is cheap, a large house might be as cheap as $10,000. I don’t think that’s the case anywhere in Seattle.

Emerald: What do you hope the film imparts to people attending the screening?

Young: I hope people understand that the major media portrayal of Detroit is only a partial picture, that there is significant African American leadership and creativity at work there, that change can happen from the ground up, and that people feel encouraged to make something happen in their neighborhood.

You can learn more about Melissa Young and Mark Dworkin’s work here.

Above film still is courtesy of Bull Frog Films.