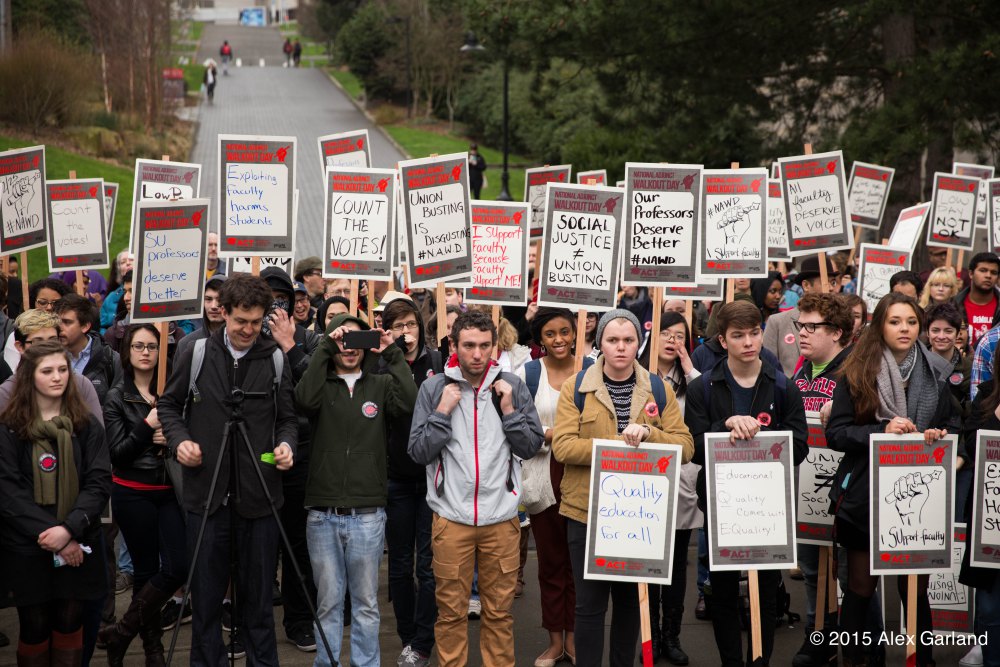 by Alex Garland (originally published on the Dignity Virus)

On Wednesday February 25th, hundreds of Seattle University students and faculty walked out of class to join Seattle city council members Nick Licata and Kshama Sawant in a picket on the grounds of Seattle University. Protestors demanded an end to union busting, as adjunct faculty are currently unable to unionize, although a vote by the adjunct professors shows interest.

Sawant, who  previously worked for both Seattle Central College and Seattle University as adjunct faculty at the same time, said “I was paid significantly more at Seattle Central, because I had a union that had negotiated a better contract”. Seattle University joined with other universities and colleges around the country, including the University Of Washington, for a national day of action in support of adjunct and non tenured teachers.