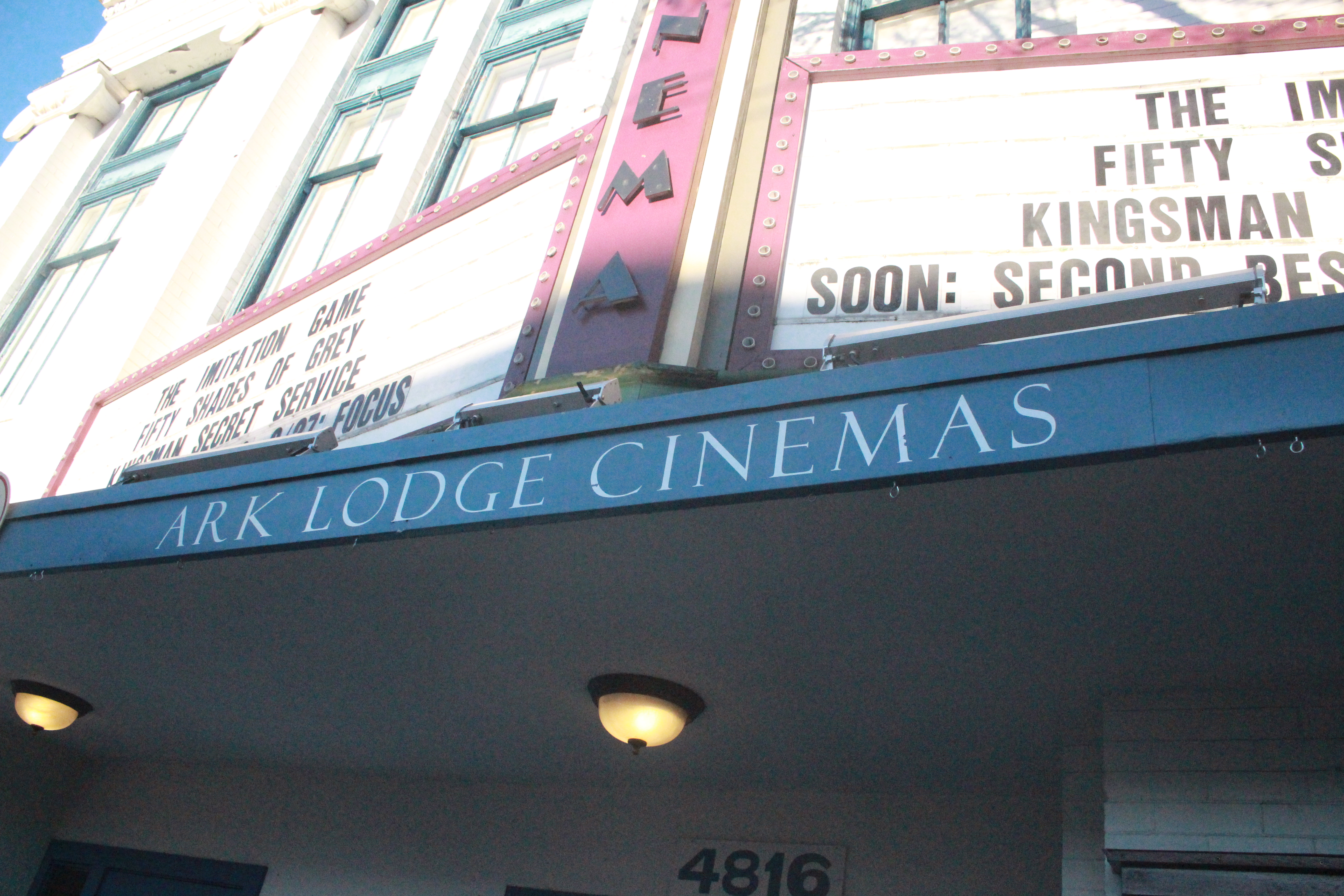 The bustling lobby of the vintage Ark Lodge Cinema has a familiar smell, the aroma of buttery popcorn and old wooden walls. But if you came to the Ark Lodge three years ago, you would have found the corn popper cold and the big screens dark.

The Ark Lodge reopened in 2012 after being closed for almost two years. At the helm of the independent neighborhood cinema were David McRae and his parents, a family of film professionals that have worked in the Seattle film industry for the past 45 years.

Jessie Portlock, a public relations contractor working for the cinema, summed up the new Ark Lodge well: “This is not your average movie theater”.

“I lived in a movie theater,” McRae said, “that’s where I ended up living for most of my life.” He is not exaggerating: his parents have run theaters since he was a young boy, including the old Majestic Bay theater in Ballard.

Since then, McRae has stepped into the industry on his own, working to upgrade cinemas across the country from 35 mm film projectors to new digital film technology. He moved  to south end of Seattle more than 30 years ago. ”I’ve always like the rough edges of the south end of Seattle,” he says, “I like the quirkiness and the scrappiness.”

“There’s a great sense of community in the south end,” he says, emphasizing the diversity of the area. “That’s what I really enjoy about it, the different cultures and races and ethnicities.”

The Ark Lodge has been part of South Seattle since 2002. Housed in a 90-year-old building that was once a Masonic Lodge, it originally had one screen seating about two hundred people. When the previous owners added two more screens on the ground floor, they could not afford upgrades to meet fire code and the building was closed.

McRae took over the Ark Lodge in 2012 and began renovating. The old 35 mm film projectors had been vandalized, and he upgraded all three screens to digital projectors and sound systems.

On Friday, Feb 27, the Ark Lodge is opening its most recent addition to the community: the Prestige Room. McRae describes it as a”‘film boutique.” “I wanted to have a room that is dedicated to art films and independent film, that don’t generally bring in a lot of people,” he says.

There are no other cinemas devoted to art movies in South Seattle, and McRae is excited to bring this artistic space to the community. The room seats 40, and will open with a run of “Still Alice”.

But the Prestige Room is will be more than just another screen. The space will also be used for community events, like book signing. It will also be available for rent, to host birthday parties, private movie screenings, weddings, and much more. The cinema is also planning on offering resources such as bartenders and magicians for hire.

“We really love being able to do community events,” McRae says. “It isn’t something that makes us any money but it is one of the things that we feel like lets the community know that we are their neighbor, and they are ours.”

Rustin Thompson, a filmmaker and Crosscut film critic from Columbia City, says the cinema plays a big role in bringing the community together. “It’s not just a place where people can go to see movies,” he says. “It attracts people to the downtown area”.

So instead of staying at home and watching Netflix, families might go out for pizza on the way to the Ark Lodge, or friends might get a drink after catching a late movie.

McRae said picking movies for the cinema can sometimes be a challenge. Some movies that are number one in the country are not a good fit for the community. “Case in point is 50 Shades of Grey,” he said. “I thought it would be a movie that everyone would rush to see because they wanted to decide for themselves how much they hate it.”

Yet, at the Ark Lodge, the movie’s opening night attracted only seven people. Guessing what the community will like is sometimes tricky, McRae says, but he is far from giving up.

One Sunday, a customer posted on the Ark Lodge Facebook page asking if a particular showing was on the upper or lower floor. She was coming to the movie with a friend who has a hard time climbing stairs, and the building does not have an elevator.

McRae responded personally to the post, and offered to move the showing downstairs so everyone could come.