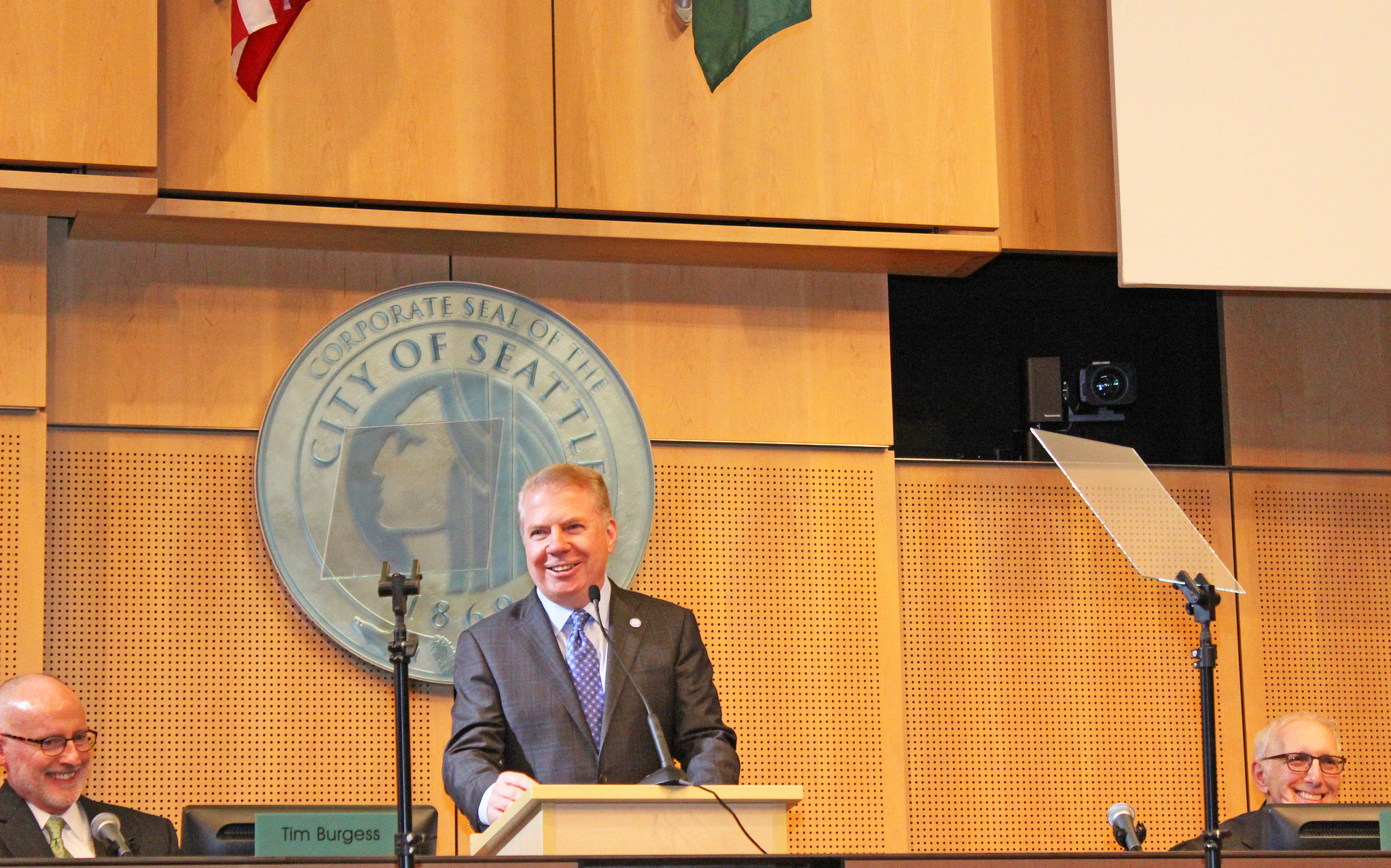 This post is published as a courtesy to Seattle’s Office of the Mayor.

“Thriving, walkable business districts are vital to the success of Seattle’s neighborhoods,” said Mayor Ed Murray. “We work with local leaders and business owners on these grants to develop a shared vision that brings more shops and restaurants – and jobs – to neighborhoods throughout the city.”

The local business communities in 16 neighborhoods are developing, have developed, or are launching comprehensive, multi-year strategies, in which the city is investing over $1.2 million in 2015:

In partnership with the Seattle Investment Fund, a total of $75,000 in façade improvements will be granted to Rainier Beach and Columbia City to develop a more welcoming environment for customers. Neighborhood business district organizations provided a one-to-one match for these project costs.

“Twelve business storefronts across from the Othello Light Rail Station benefited from the façade improvement investments in 2014,” said Tony To, executive director of HomeSight, a nonprofit community development organization in southeast Seattle. “The transformed businesses increase pedestrian attraction and improve perceptions of cleanliness and safety in the business district, not to mention bring property and business owners together to achieve a common goal.”

In addition, Only in Seattle is granting $60,000 to nine neighborhoods to explore or achieve a Business Improvement Area (BIA). The nine neighborhoods are: Chinatown/ID, University District, Capitol Hill, Ballard, Lake City, First Hill, Magnolia, Mt. Baker, Belltown, and Othello. Existing BIAs have generated over $40 million over the last three years to fund clean and safe, marketing and promotion, and business retail and development programs across Seattle.

This year, Only in Seattle also granted $500,000 to neighborhoods with paid on-street parking for capital improvement projects that enhance the commercial district experience:

Occidental Park Activation: The Downtown Seattle Association will work with the Alliance for Pioneer Square to activate Occidental Park through installation of public furniture and event programming designed to engage residents and visitors.

Canton Alley Paving: Chinatown\International District will finalize the paving of Canton Alley, the final step before the alleyway is ready for public use and activation.

Public Restroom: Ballard will purchase a public restroom to serve the business district.

Signal Crossing in First Hill: A signal crossing will be installed at the Terry Ave and James St. intersection to improve pedestrian safety in the neighborhood.

Design for Lake2Bay Connection: Lake2Bay is designing a pedestrian and bicycle connection that links Lake Union to Elliott Bay through the South Lake Union, Belltown, Uptown, and West Edge neighborhoods.

“Neighborhood business districts are the economic engines of our city. The Only in Seattle approach focuses on the core building blocks that catalyze economic development and plan for equitable growth in our neighborhoods. This investment highlights leaders that want to engage civically, step up for their community, and grow equitably,” said Seattle City Councilmember Sally J. Clark, chair of the Committee on Housing Affordability, Human Services, and Economic Resiliency.

The Office of Arts & Culture and the Department of Neighborhoods have been integral partners in the Only in Seattle initiative by bolstering the investments and service support. This year, Only in Seattle invested $6,000 in cultural place-making awards to the following neighborhoods to support the integration of arts in commercial revitalization in Roosevelt, Lake City and Rainier Beach.

Through the partnership with the Department of Neighborhoods, five neighborhoods will receive a total of $38,000 to reach out to ethnic and underrepresented business owners using Public Outreach and Engagement Liasons. The following neighborhoods requested and will receive this support: Lake City, Hillman City, Capitol Hill, Rainier Beach, and the University District.

“We’re excited to engage with business owners from underrepresented communities to help shape the direction of the work to be inclusive and representative of the entire business community,” said Michael Wells, executive director of the Capitol Hill Chamber of Commerce.

One thought on “Mayor announces $1.8 million for neighborhood business districts”