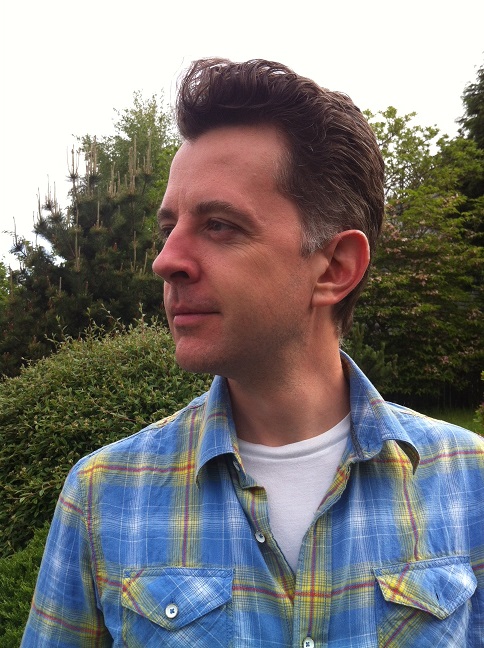 Known Around South Seattle As: “That freakishly intelligent volunteer tutor guy who I think does something important at Microsoft.”

Nickname: Doesn’t really have one,  though when his siblings want to bug him they call him “Krissy.”

His Proclamation of Modesty: It’s an honor to be included in this. I’ve read the profiles of the other Gems and by comparison, I’m pretty sure I’m a lump of coal with a tiny bit of sparkle somewhere within. But that won’t stop me from participating!

Why did you first move to South Seattle and what has kept you here?

My wife, aka The Amazing Mrs. Kendall, and I had been longtime renters in Seattle, but when we found a midcentury-era home in the Rainier Beach area, we decided to take the plunge. Before we’d even moved in, most of the neighbors had introduced themselves. Now, I can’t imagine living anywhere else. South Seattle residents defy the infamous “Seattle freeze.” I’ve had more fun conversations with complete strangers here than anywhere else in the city.

What aspect of South Seattle do you wish was emphasized more when it comes to coverage of the area?

I think local media doesn’t quite grasp the vastness of South Seattle, literally and figuratively. We all like to tout the “most diverse zip code” line, and even if the Census numbers no longer bear that out, the South End is still one of the best parts of this city for anyone interested in meeting people they might not otherwise interact with. Conversely, I think South Seattle could be a better cheerleader for itself. We’re a not just part of this city, we’re a crucial part of it and it’s up to us to shape the story we tell to the rest of the city.

You’re a volunteer tutor for elementary and middle school children at the Lake Washington Apartments Youth Tutoring Program. While it’s technically your duty to educate South End youth, what things have they schooled you on regarding our area?

Oh, pull up a chair. The kids at the tutoring center don’t even realize they’re giving me a crash course in the variety of cultural experiences going on in South Seattle. They also get around Seattle more than one might expect, thanks to school programs – their knowledge of the city beyond the south end grows quickly.

But it’s the smaller, universal kid stuff that really sticks with me. Did you know the classic game of “Red Light, Green Light” now includes a “purple light” option? True. A purple light means you walk using hands and feet. Also, the best deal on a can of soda-pop is from the vending machine outside of Saar’s.

I work primarily with one student and we talk about music a lot, which culminated in us trading MP3 players to see what the other had been listening to. Now I can say I’m familiar with the work of Lil Boosie, and that my student has heard Motörhead.

You work at Microsoft and actually help maintain their Bing Search Engine. Please locate for us your top 5 establishments in the South End that always assures you a good time.

2. Rainier Health & Fitness. Locally owned and so much friendlier than big-box gyms.

4. The Rainier Beach Library. We’re lucky to have a really good library. I don’t spend nearly enough time there.

Let’s say you fall into a deep slumber (Rip Van Winkle style) only to awake ten years from now. After catching up on some pertinent personal matters, what things would you like to discover in South Seattle that don’t necessarily exists at the moment.
More trees in places that need them. I’ve never walked or driven down Rainier Avenue and thought: You know what? This street has too many trees.

Also, that people have stopped littering. It seriously hurts my feelings when I see people – children and adults (who should know better) – just toss trash into the street, often when there’s a trash can nearby. To me, nothing says “I don’t care about my community” more plainly than littering. It sends a horrible message to outsiders, and tells kids that it’s okay to not care. I grew up in the era of Woodsy the Owl, so I’ll drop some 1970s science on you: Give a hoot. Show some South Seattle pride.

Better/more/sensible mass transit. I love Link Light Rail, but getting to it can be a challenge. So let’s say there’s a street-car type thing that does a couple figure-eights through South Seattle and takes people safely to the Light Rail stations.

Finally, that everyone living in the South end has realized that volunteering just one hour a week really does make life better for everyone involved. And that’s all it takes, just one hour. You put in some time helping people who need, and deeply appreciate, the help. It will have made all of us better people. And that doesn’t require my ten-year nap. We’re all capable of that right now.