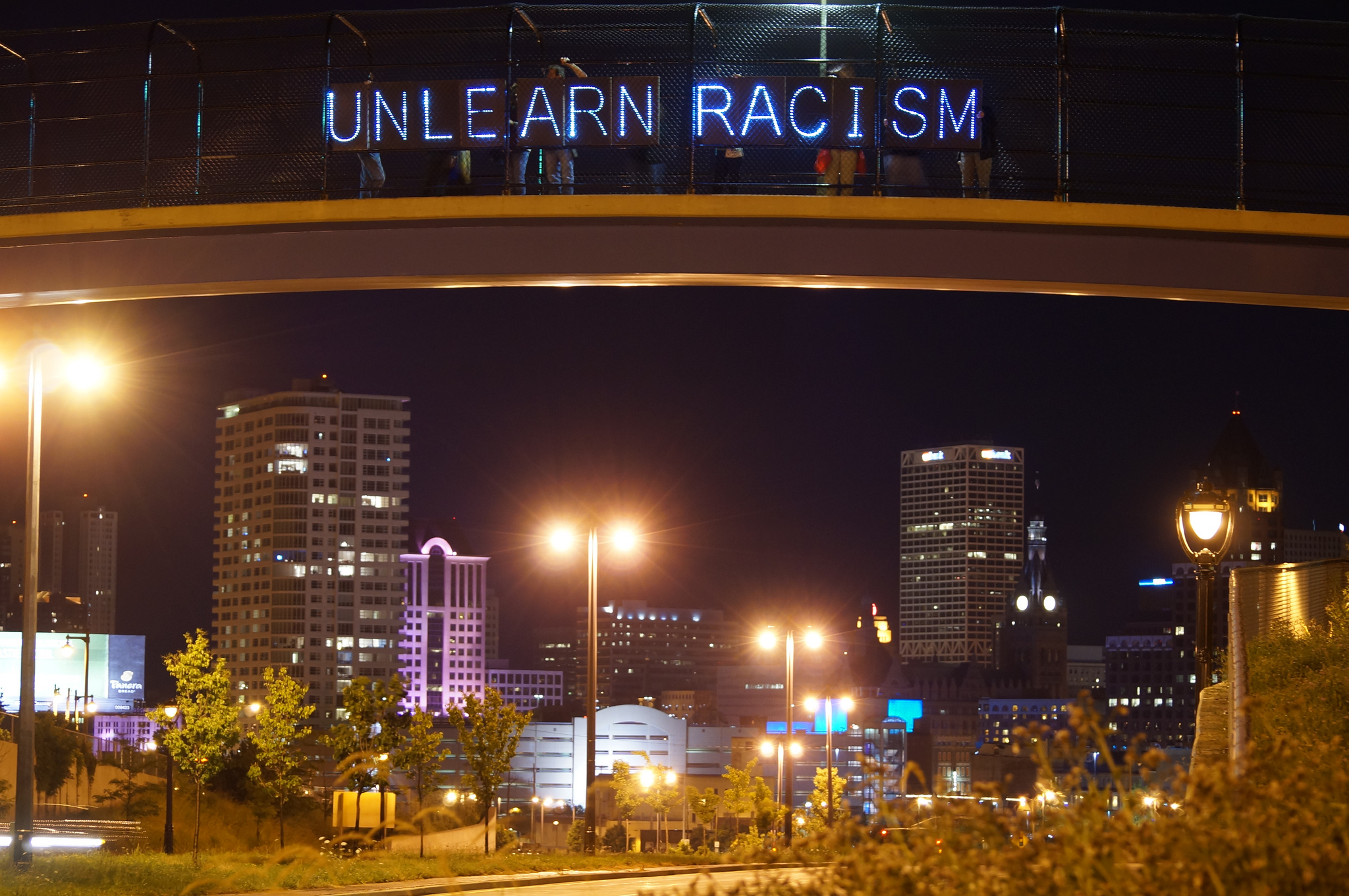 In not so many words, Dr. Camara Phyllis Jones tells a 200-person full room of medical students that they’re intervening in the wrong place—And she does so beautifully.

As a white woman operating in a predominantly white institution as is the University of Washington- and having only started to address my own internalized racial superiority not but a year ago- I am hyper-aware of the mostly white spaces I find myself in most days. This room, to me, was a very white space to be in. Now, maybe these soon-to-be doctors are all working on deconstructing racism in their own lives, and are aware of how historically and presently racist our medical system is. But maybe, just maybe, some of the folks in the room are hearing this for the first time. The words “racist” and “racism” used to make me flinch, as they have always been one of those topics like politics or religion we were taught not to bring up at the dinner table. Dr. Jones not only brings it up at the dinner table during the main course, but she so delicately serves it after some digestible groundwork.

Before even saying the weighty word “racism,” Dr. Jones talks first about health and prevention. With a simple wordart-painted diagram of people falling off a cliff, she explains that there are three areas of prevention in keeping a population healthy.

Now, this system and these levels of prevention are familiar to anyone in health services or the medical school, even social determinants of health are talked about in these fields. Where Dr. Jones adds an important extra layer is in talking about the social determinants of equity, which addresses the structures of power that may push some people off said cliff while keeping others far from it. Dr. Jones illustrates that there are dual realities: one where people are swayed away from the cliff, but just in case, the cliff also has a fence, safety net, and working ambulance at the bottom. The other reality is one where people are more or less pushed off the cliff, there is no fence keeping people from falling off, the safety net has holes in it that allow people to fall through—or perhaps this is a trampoline with no holes that just keeps people bouncing in place—and then there’s an ambulance at the bottom of the cliff, but maybe it has a flat tire or does not run as well as the other ambulance.

This dual cliff reality is not simply a hypothetical piece of fiction, but reality of institutionalized racism in the United States. As we get ready for our main course, Dr. Jones serves us her definition of racism: a system of structuring opportunity and assigning value based on the social interpretations of how one looks (which is what we call “race”). Institutional racism, she argues, is inaction in the face of need. Not keeping people from the cliff, not installing that fence, not having a working health care delivery system when people fall through.

Given we were in an academic setting (again, of predominantly white medical students), Dr. Jones dove into the data of measuring institutional racism (for those that need more proof that it exists). Dr. Jones and colleagues conducted a study looking at “socially assigned race” to see the effects on perceived health. Using the self-identified race/ethnicity variable included on the BRFSS questionnaire, this study asked over 34,000 people, “How do other people usually classify you in this country?” Note, this question was not asking how people classified themselves or how they define their race, but instead how they are perceived by others. The next question Dr. Jones and colleagues asked was “ Would you say that in general your health is excellent, very good, good, fair, or poor?” The results were astounding, albeit not surprising. (1)

Having shown evidence of the effects of racism on health outcomes and talking about measuring institutionalized racism, Dr. Jones assures that health equity—the assurance of the conditions for optimal health for all people— can be achieved by valuing all individuals, recognizing and rectifying historical insults, and providing resources according to need. She reminds us white folks that it is difficult to recognize a system of inequity that privileges us, and that it is a privilege to not have to see the system, but that once we do see the racist system and the mechanisms by which it works, we can (and must!) choose to organize and act to undo it.

As if we were all on a conveyer belt heading towards the flashing lights of “RACISM” spelled out in front of us, we must turn around and head upstream to address the structures in place allowing this conveyer belt to operate. To combat racism and start to dismantle the racist institutions we live, work, and operate in, Dr. Jones urges us all to:

It was an honor and pleasure to hear Dr. Camara Jones address the medical school and I am grateful for her brilliance, creativity, and the love she continually shows everyone in her world. After a long standing ovation, the room starts to disperse as a couple students make announcements for how to get involved in anti-racist work at the University of Washington, and upcoming events like the Black Lives Matter UW Walkout. I wonder how many of these students will actually follow-up and attend these conversations and events, taking the first steps to walk backwards on the conveyer belt, and encouraging others to lock arms and join them.

While I’ve been walking in place backwards on this conveyer belt for a while, I fully acknowledge that I cannot possibly do this walk alone. It would not be possible without people of color leading the way, and my white friends and allies to lock arms with me to keep me in line and accountable to these leaders. It is all too easy as a white person to become complacent and start moving in the way of the racist conveyer belt in our built-for-whites society. I am grateful to my fellow CORE (Committee on Oppression, Racism, & Education) members that have been working tirelessly to address institutional racism in the context of higher education and public health at the UW, as well as to my group of allies in European Dissent that teach me how to responsibly be an anti-racist white ally in supporting the leadership and organizing work of Youth Undoing Institutional Racism (YUIR), and End the Prison Industrial Complex (EPIC). Until every person—black, brown, white, or tan—can report excellent or very good health, our work here will not be done. The time is overdue for us to stop, turn around, and lock arms with each other.

To view a recording of this lecture, check out:

Anne Althauser is graduate student in Community-Oriented Public Health Practice at the University of Washington and founding member of the Committee on Oppression, Racism, & Education (CORE).