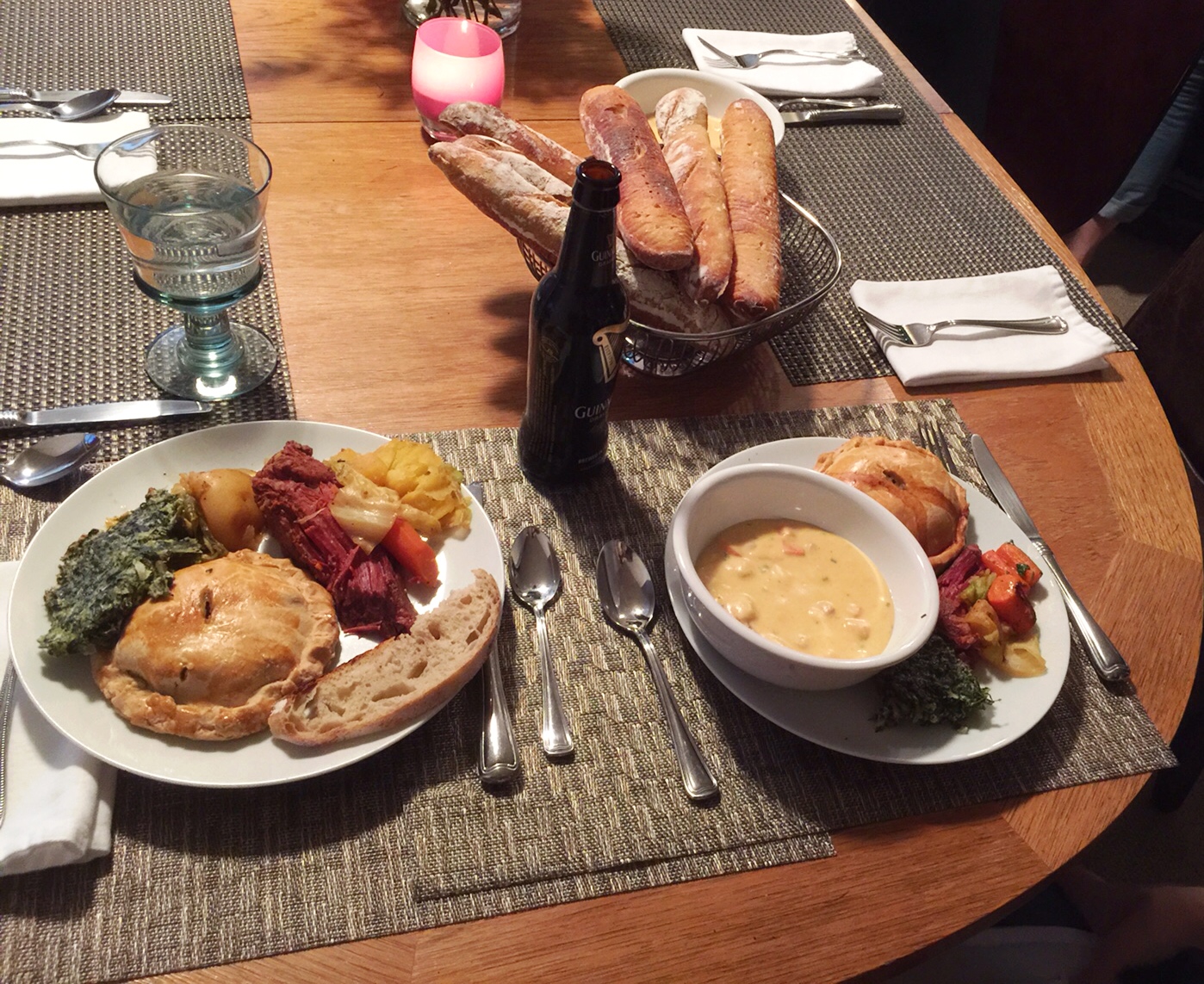 Every year, the month of March is flooded with everything green: green foods, green clothing, green rivers and even green beers.  What started as a religious feast day to celebrate the patron saint of Ireland, St. Patrick’s Day has grown into a world-wide celebration.  Even those who are just Irish at-heart partake in festivities include parades and traditional Irish fare.

Potatoes were introduced to Ireland in the 16th century and quickly became a staple in the kitchen, however, when the potato crop became over ran be disease in the 1840s, the Great Potato Famine nearly wiped out everything.  However, the Irish overcame and the potato continued to be a regular choice for meals. Thick soups and stews made with potatoes, onions, carrots and meats such as Canadian ham and bacon are also Irish favorites.  They are often times served with soda bread, a dense brown bread traditionally made with wheat flour and buttermilk. Savory pies also round out the menu including Shepard’s Pie made with mashed potatoes and ground beef.

The Community Supper Club partook in the holiday and opted for a St. Patrick’s Day theme for this month’s menu.   The evening was shared with new many faces who came to indulge their love of food and conversation as well.  Some guests came in green attire while others joked that they were only “a little bit Irish down the family lines.”

The feast included traditional Irish cuisine: corn beef and cabbage, pasties (hand pies), potato soup and soda bread.  One of the stars of the evening though were small, crusty baguettes made fresh that day by one of the newcomers.  Everyone was encouraging him to try his hand at selling them at local farmer’s markets, they were that good!  And that’s one of the great things about our supper club: people get to share their recipes as well as their more prosocial selves, engaging in conversation and positivity all over a meal and table.

With music humming in the background and the sun lingering outside, we ended the night with what else, but Irish coffee.  Topped with fluffy whipped cream with a splash of Bailey’s, it was the perfect way to end a St. Patrick’s themed supper club night.

For information about future dinners, please send an email to ashleymouldon@yahoo.com.