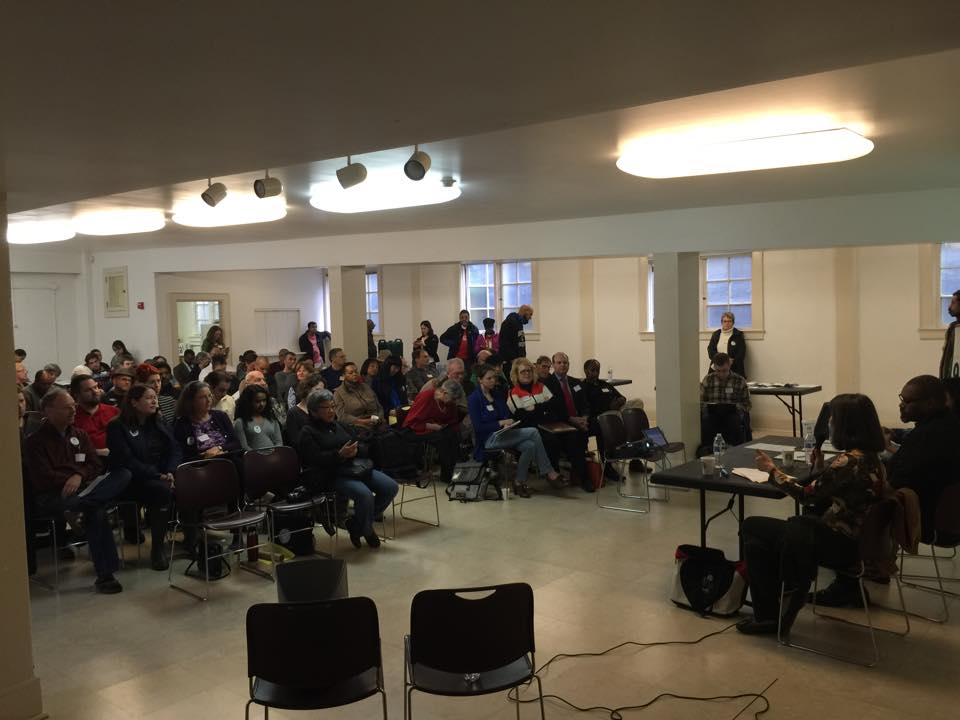 Drag self out of warm bed on a rainy Saturday morning at the behest of the Emerald editor.

Attend a Town Hall meeting held by the representatives of the 37th District.

Appear alert and somewhat knowledgeable regarding the topics discussed.

And that’s just what I did.

All three representatives in attendance introduced themselves to give us novices something to work with.

Representative Santos noted that she was raised in the 37th district and is currently in her 17th year in the legislature. She is the chair of the House Education committee and serves on the House Business and Financial Services as well as the Technology and Economic Development committees.

Representative Pettigrew is in his 13th year as a state representative and has resided in the 37th district for over 20 years. He is a member of the Agriculture and Natural Resources committee, the Appropriations committee and the Public Safety committee.

Senator Jayapal is the newest member of the 37th district team. She noted that she is the only woman of color and the only immigrant in the Washington State Senate. She serves on the Accountability and Reform committee, the Transportation committee and the Healthcare committee.

Following the introductions audience questions commenced. Topics raised by the audience were a recent cap and trade bill (I had to look that one up. It’s regarding capping greenhouse gasses and requiring polluters to pay for each metric ton of carbon released), support for early childhood education, DSHS coverage, incentives for the local film and entertainment industry, safety concerns about the oil trains passing through our area and then came the hot button issue: a recent education proposal, which did not pass, that was widely interpreted as recommending a split of the Seattle School districts North/South. The audience member who brought the question to the floor stated that she was deeply disappointed in the proposal and that it was the first time she had voted against a proposal from these members of her district. This statement received a loud round of applause.

At this point Senator Jayapal explained that the 37th District Democrats didn’t always agree and this particular proposal was one that she was against. Representative Santos explained the reasons for her involvement with the proposal and the data she had based it on. Representative Pettigrew then explained that nowhere in the proposal was it explicitly stated that the districts should be divided, only that smaller districts were needed. He discussed the many communications they had received about the education proposal and stated that the energy and passion of the community helps to guide them in representing the 37th District.

I vote at every opportunity, considering it a hard won privilege only “recently” afforded my gender. I read the voter’s guide and research the candidates and initiatives I’m unfamiliar with. That being said I admit to being ignorant of the inner workings of our local government. The rainy Saturday morning meeting gave me a glimpse of what I’d been missing. I found it a valuable opportunity to see what’s not said but can be seen and to gain some understanding about aspects of legislature that aren’t obvious from simply reading the ballot. I learned that our representatives can be held accountable for the actions that they take on our behalf, that they try to learn from their mistakes and that they don’t always agree. Basically I discovered that they’re human, not just grainy pictures in my voter’s guide.