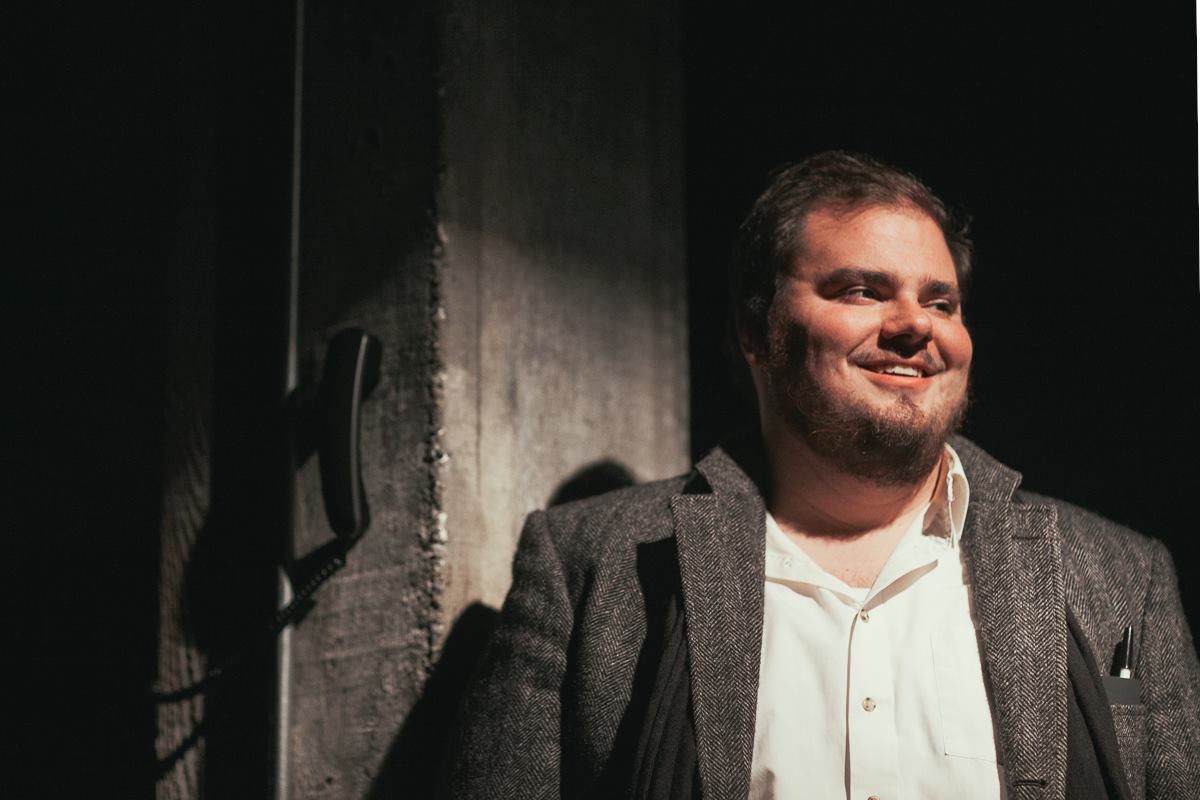 This weekend, I attended New Constellations Theater Group’s inaugural production of The Flu Season, by Will Eno. Knowing absolutely nothing about the piece, but always filled with excitement at the prospect of new theater groups coming together, I went into the experience with enthusiasm.

The play opens not with a scene, not with clever dialogue that drops hints of character, relationship, setting, but with a Prologue and an Epilogue. I capitalize these because they are, in this case, the names of two characters: Prologue, a trim sentimental woman holding a book which I later realized was meant to be the play; and Epilogue, a tall portly jaded fellow who seemed to delight in contradicting everything Prologue said. Interesting, I thought. A play that tells you what it is right off the bat.

It became gradually clearer that this was to be the main conceit of the play. The plot, which follows two young patients in a psych ward who fall in, and out of, love, is only of tangential importance. More crucial to the action of the play is the battle between Prologue and Epilogue, who seem to represent the playwright as his ideals and worldview changed in the midst of writing the play. As a result, the Prologue, Eno’s idealistic self, is destroyed as the Epilogue’s cynical worldview triumphs and the play ends accordingly.

Conceptually, I found this idea brilliant. I loved seeing two halves of a playwright narrate a play, while calling attention all the while to its play-ness. I enjoyed watching the love story unfold, then unravel, culminating in the woman’s suicide. And I thought that it was an interesting choice to see the Prologue, who was reading through the book of what the play should have been the entire time, fail to find her spot on the pages as the story went sour and eventually crumbled.

I also liked many of the elements of the production. The design team did wonderful work – the use of lighting was effective, the sound design was on point, and the acting was consistent. The actors portrayed distinct, if slightly over-the-top, characters, and John Leith and Carrie Schonwald especially shone as the deliciously awkward Doctor and Nurse, who were carrying out their own love story. Though a few of the actors were a bit one-note – Prologue, in particular, tended to fall into patterns – on the whole the performances were solid. Moments landed, humor came through, and the play plodded along well.

However, despite the concepts being there, despite the design and acting and direction and themes all landing, the play itself was too obvious. I understood everything clearly – the problem was that I got it mostly in the first hour. I guessed (correctly) how the play would end, I foresaw the Prologue’s demise as the woman fell with her, and I knew immediately that the two love stories would begin, carry out, and end the way they did. This culminated in my feeling too taken care of as an audience member. The themes were shoved in my face with a ham-handedness that felt almost slighting, and I got bored in both acts. Yes, the conceit of narration and calling attention to a play’s play-ness was interesting, but it was the same pattern all the way through, as monotonous and predictable as the love story itself.

This was not the fault of the director. Nor was it the fault of the actors, the designers, or the stage manager. Rather, this was the fault of the playwright. The script felt unfinished, a rough idea that didn’t have enough substance to warrant 2 hours and 15 minutes of philosophical inquiries and slow romance. I found myself asking question after question: What are the characters’ relationship to the audience? Why does the Prologue care so much about these characters? Why are the characters putting on this play? Are they aware they are in a play? And, most importantly: Why did this group of people choose to do The Flu Season now? What significance does it have to our world today? What are they trying to say?

In this case, as in so many others, a talented, capable group got together to do a piece that just didn’t quite measure up. For a first piece, it could have been so much more – bolder, more relevant. My advice? Keep making work – just pick a better frame to showcase what you want to do.

The bottom line: New Constellations Group is a talented bunch of artists. Their main fault lies in picking a script that, for all of its “edgy”, “artsy” moments, fails to drive a storyline effectively. Stay tuned for this group’s next piece, and hope that they pick a better script.