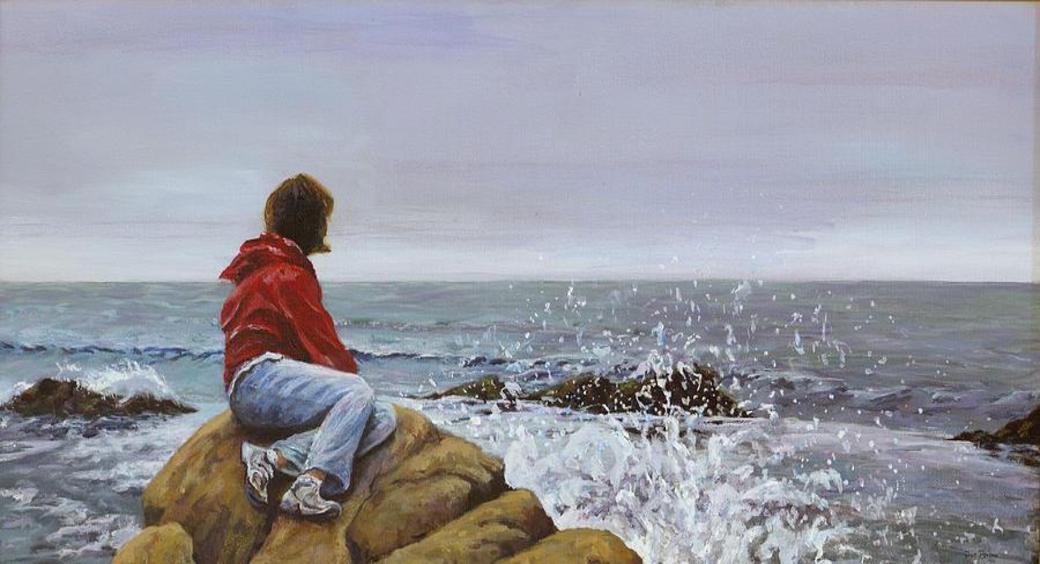 There are days so unbelievably perfect that if life just relented a little in hoarding them there would never exist a reason to do drugs. From sunrise to the yellow orb’s setting, what usually exist as fantasy or chemically enhanced delusion is somehow suffused into your life. For one day all your desires are accommodated. Your heart brims. Your belly burst. And laughter is played on a loop. Those days are ones you wish you could bottle portions of to spray as needed when the fetid aroma from the vast majority of 24 hour increments we experience surfaces to life.

Those days are ones that are so damn good that they start to stir panic. You  gradually begin to realize that someone must have fallen comatose on the job and it can only be a matter of time before the world inevitably repairs whatever glitch that unwittingly released utopia from its cell.

The last day I had like that was the last day I saw you.  You reminded the world- at least mine- that it was still engaged to reality and had to end its brief affair with the fantastical. I cut a productive work day short to greet you on a beachfront pew, with a view so divine of the Pacific it gave whoever sat there the impression it was their private lagoon. Nothing could have been more… perfect. But all it took was four fatal words- “We need to talk…”- for the Earth to screech to a halt so abrupt that half its population should still  be stranded on Saturn’s rings.

I should have known. To be so idiotic as to not see it coming. I immediately picked up your usage of a language I had long ago vowed to never speak again. Finding myself now forced with its fluency, I braced that organ in my chest that looks like an upside down pear for impact and said, “Okay” as if clueless about the volley coming next.

You went through a maze of words in order to finally find one, “friends,” and championed it as if pawning off a consolation prize as first place. The language labored to come back to me and I remembered this term meant: “I can give you everything you never asked for and nothing that you want.”

My intended reply was to tell you that I desired to be the first person you called on the shittiest of shitty days, and  the  sanctuary you ran to to from the swirling chaos that is most often referred to as life. I wanted to be, “your best ever” and give you the best ever, in sickness, in health, and all the other shit they said when I should have been paying more attention during the slices of those events I labeled as an affront to freedom and vowed to never participate in myself. Now the role you wanted me to play I seemed miscast for, but you thought I’d be perfect as my own jailer, in confinement to a boundary that would poise little danger to your muddled emotions. Something got lost in the translation of my protest and it came out: “Sure, I’d like that.”

You aggravated my struggles with the jargon that much more when you said:  “Are you okay?” which I recalled from my past dealings with the vernacular as a tricky phrase. Though stated as a question, it actually functioned as a statement that not loosely implied, “I need you to be okay with this.”

While I wanted to shout so loudly that it shattered the sky: “No! How the fuck could I be! You painted a portrait of us that I can’t  unsee – with splashes of  a nervous proposal, broad strokes of a wedding, and the contours of a child whose mother’s name serves as her middle. What seemed real was revealed as forgery.

And so I uttered a response that had just as much to do with pride as linguistic mastery when I told you, “Of course I am.”

You exhaled a heavy sigh- newly exonerated from a crime you were guilty of- and your demeanor immediately shifted to someone running late for a rendezvous with the rest of her life.

But just then words infected my head  that were sure to lend me the tools to call you a coward for your unwillingness to take a risks on us, all while demanding I do the impossible- to stop in mid-soar after you propelled me and somehow not plummet. If I somehow emerged intact from my crash, you then asked me not to follow you even though you intended to leave bread crumbs behind. Somehow all those words were distilled down into just three whose misinterpretation proved impossible- and that only one other had ever heard me speak.

You paused and made sure to avoid my eyes in reaction to the obvious. The words I never said to anyone, you simply said were, “sweet.” Your unfamiliarity with the language was evident. There could be no other reason other than sadism that you would have spewed one of its most malicious phrases, when “I engaged in lurid, prolonged sexual congress with your best friend, father, and optometrist within minutes of each other and then participated in a mass orgy with every single one of your co-workers and their extended circle that included canines, felines, wildebeest and their amphibian counterparts all in the same night!” would have been much more eloquent.

“Sweet” diminished all it took over half a lifetime to tell you into a 3rd grader with a cuddly crush on his teacher, whose homemade, back packed baked sugar cookie is received with a cheap smile and a quick dispatch to the trash can.

And for all that I ended my longstanding truce with something I prayed to never battle again. All this because you seemed to be the answer to “Why try again?”

That was what I was left with when all words had abandoned me except, “See you around,” which is a version of goodbye that comes gift wrapped in a pretty package to dull the disappointment of what it encases.

I waited for a moment to try and let your presence evaporate, as alone as lonely allows. Some other fool had officially been shuttled off to the world I inhabited in previous months,  that magical planet where you are teased with euphoria before being banished back to the same cold rock everyone else resides. Eyes that once sparkled at your sight now drowned in an ocean more abyssal than the one that never did belong to us. I said aloud, “I won’t miss her…I never loved her,” but of course that too came out all wrong.

2 thoughts on “Sunday Stew: The Language of Love”