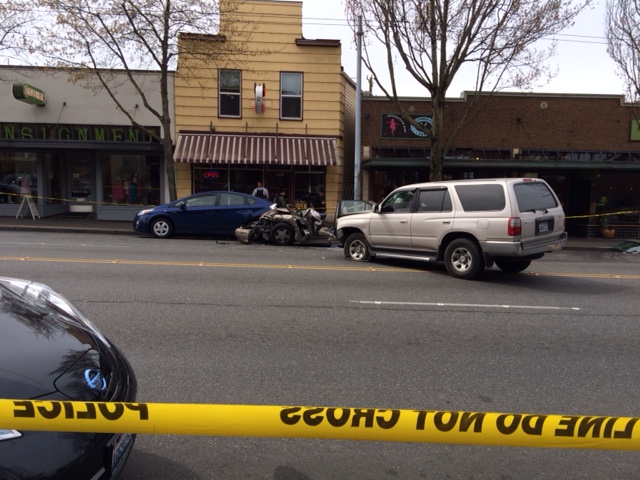 In the second of two accidents on Rainier Avenue within a span of a few hours,  an SUV smashed into another car in the oncoming lane near Rainier Avenue and South Edmunds.

While full details are not known at this time, witnesses to the crash say the SUV was speeding and appeared to suddenly lose control swerving from lane to lane.  Kiro News is reporting that one person was trapped in their car and needed to be extracted after the crash.

A crash along Rainier Avenue and Orcas took place earlier in the day involving at least four vehicles.

The Emerald continues to work to gain further information regarding the crash.

One thought on “Crash On Rainier Avenue Leaves Car Totaled”