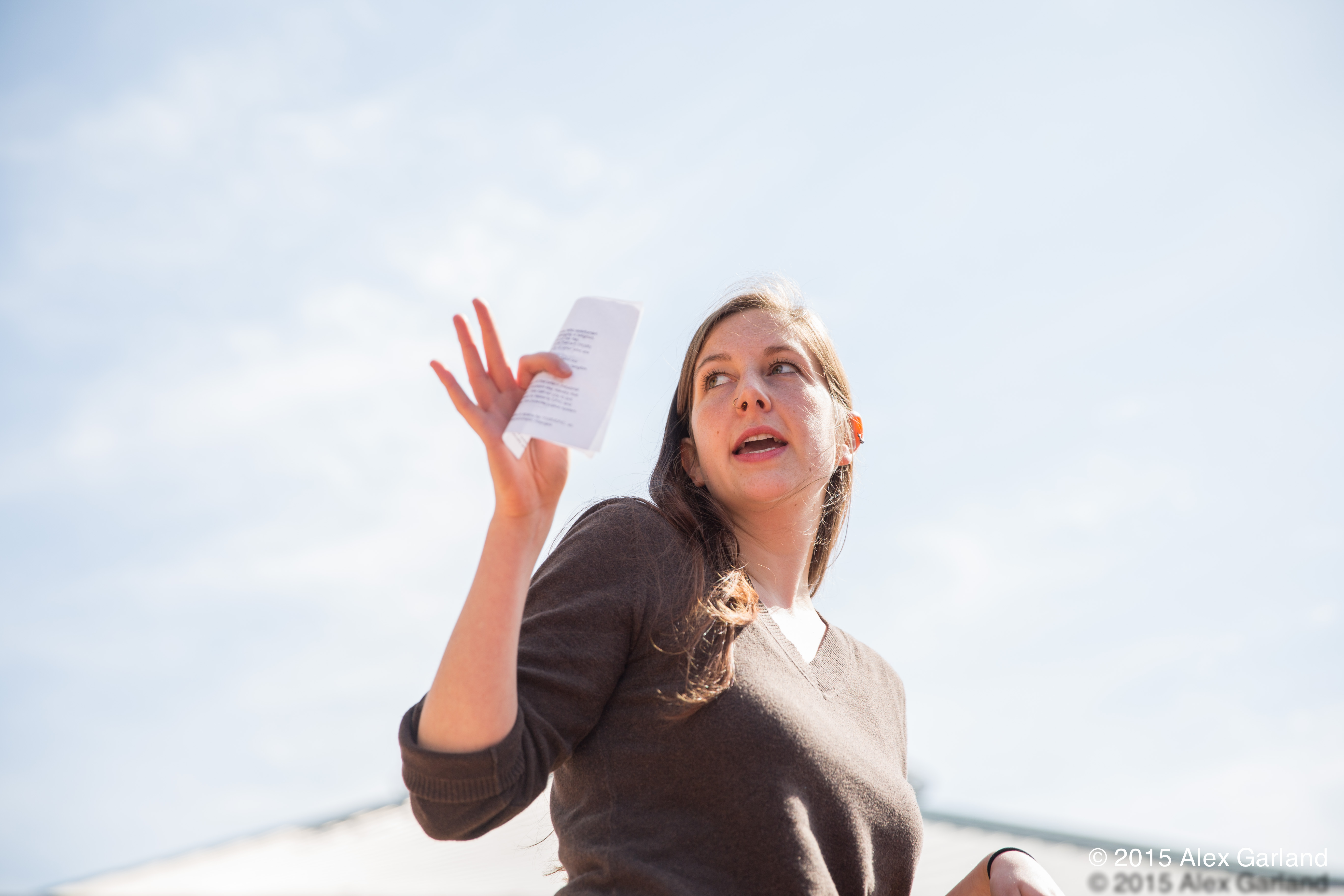 (Note: This is the first in our 15 under 30 series, profiling 15 unsung millennials who are catalyst for social change in the greater Seattle region)

When I dare to be powerful—

to use my strength in the service of my vision,

then it becomes less and less important

whether I am afraid.

A couple days after I interviewed Jenn Hagedorn, I found her sitting in a café with committee members from Plymouth Congregational church just a few moments before my eyes landed on Audre Lorde’s words above- a preface in the book I was reading. Some may call this exquisite timing, but I call this meant to be. In discovering Jenn as a person, I found someone who’s work manifests itself as a way of life—something to live by and build from, to cultivate, and not have to carry alone.

Jenn, born and raised “out in the woods” she says, in Duvall, Washington, has lived in Washington State for most of her life. After graduating from Western Washington University, she had the opportunity to spend a year working in Ghana. She’s currently a full-time student at the University of Washington, a few months away from receiving her Master’s Degree in Public Health. “Health is so fundamental to people’s lives,” she expresses. “I love looking at it from a big systems perspective.”

She describes her program and cohort as being very radical, and supports widely criticized ideologies in many ways. “Taking down capitalism comes up once a class, hating on Ronald Reagan comes up once a class…” and the list continues. Jenn also works part-time with Plymouth Congregational Church, and is heavily involved in anti-racist organizing. “Everything that I’m doing,” she exclaims, “I’m doing because I absolutely love it, and I feel like that is such a gift.”

With gratitude, she mentions that faith is very important precedent of her work in various communities, and acts a grounding force in her life—especially in her anti-racist organizing work. Jenn considers anti-racist organizing as a way of being and a place of “energy and introspection.” She goes on to say that “it’s the place where I do the most personal and internal work and also the place where I feel like there is the most opportunity for change in Seattle.”

Jenn also finds a lot of value and gratitude in conversations in those 1-on-1 conversations that she has with family, friends, and community members who can reflect back important feedback. She describes these moments as such gifts, and these moments illustrate just how impactful her community and loved one’s are in her life.

When asked, who has been the most influential in her life, Jenn hesitated, and said: “This is the problem, I name some people, and then what about the others?” She ended that though by confirming, “it’s a community thing,” which speaks to how she experiences herself and those who surround her with love, knowledge, and inspiration. Important pillars continue to be her parents, who actively support her, as well as her church community at Plymouth.

She also talks about how inspired she is by those around her, and her friends actively engaged in their passions and leadership. She also senses that some folks see her work as phase and it has felt very discrediting of her work. Others in her life simply don’t get her work, and don’t want to, but love her simply for being her- to which she says with a chuckle, “sometimes you just need some love free of analysis and suggestions.”

A book that has changed Jenn’s life is one on the life and work of Anne Braden, a white anti-racist organizer, whose legacy dates back to the civil rights movement.  Anne Braden’s work centered largely on police brutality.  European Dissent, a collective that Jenn organizes with, models after some Anne Braden’s work. “Unfortunately, some of what speaks to me is how similar the work is that she did and the work that we are trying to do now,” Jenn notes.

While Anne Braden and other activist have laid groundwork and vision, Jenn touches on how out of touch our current society and systems are from what has actually happened in this country.

“So much of the civil rights movement has been kind of glossed over and turned into a neat and tidy thing… The version of history that I got creates such a linear line of thinking and that’s not how history is.” Jenn encourages us to consider that it takes resilience—which also is one of the key entities that ties communities together. “We make progress and then there is backlash, and we make progress and then there is backlash, and if we taught history in that way, I think that more people would organize. Furthermore, Jenn finds that these moments of backlash and progress give us awareness and insight into the future.

For Jenn, working in community has been unequivocal experience and one that allows personal work to get done, and also allows for large scale, powerful movement to happen. Community building happens across tables, in the woods, with voice with movement, and most importantly-it happens with deliberate intentionality- focusing on impact unknowing of the outcome.  “I don’t think there’s anything more challenging and beautiful than trying to make change in community,” she states. “There is an energy that is so much more than the sum of its parts…what’s created in a meeting is often times so much better than what I can pull out of my head. It becomes a part of you and then you take it into your other communities.”

When asked what creed she lives by, Jenn mentioned the principles of the People’s Institute of Survival and Beyond, whose vision surrounds undoing racism with integrity and intelligence. The ten principles that guide their work, also work as a guiding light for Jenn in her communities, and are a great reminder that it’s important to stay rooted in community even when things get messy. “Often times, [people], especially white people have a tendency to make change very individual, and I see that tendency in myself as well and so staying rooted in community is a really important part of making sure that I stay grounded in what’s important and stay grounded in what’s real, like community and relationship.”

Staying grounded in community is one of the ways that Jenn practices taking care of herself. It also provides for a lot of processing, movement, and voice. She mentions “doing work that is liberating and good for the soul” feels like self-care. Even though she experiences a lot of self care in her work, she also feels that there is a limit to that kind of care. “Sometimes it frustration and sometimes it’s challenging, but that type of change is so beautiful. You can’t be in community and also stay unchanged by that.” She also feels that any exercise or movement also helps her re-center, such as yoga, hiking, and other movement based practices.

Jenn’s ultimate vision, love for life, and passion becomes clear in the last question she answers –what is your perfect meal? She said almost immediately, “Meals that are actually five meals. In someone’s house with a big kitchen, lots of people, lots of butter, lots of garlic, and not even necessarily sitting down, but eating as you go [with] family, friends, and  people who don’t necessarily know each other.” She smirked and with the eyes of a visionary, exclaimed, “I just love that, bringing a bunch of people together who you know have kindred spirits and seeing what happens.”

2 thoughts on “The 15 Under 30: Jenn Hagedorn, “Nothing More Challenging or Beautiful Than Creating Change in a Community””