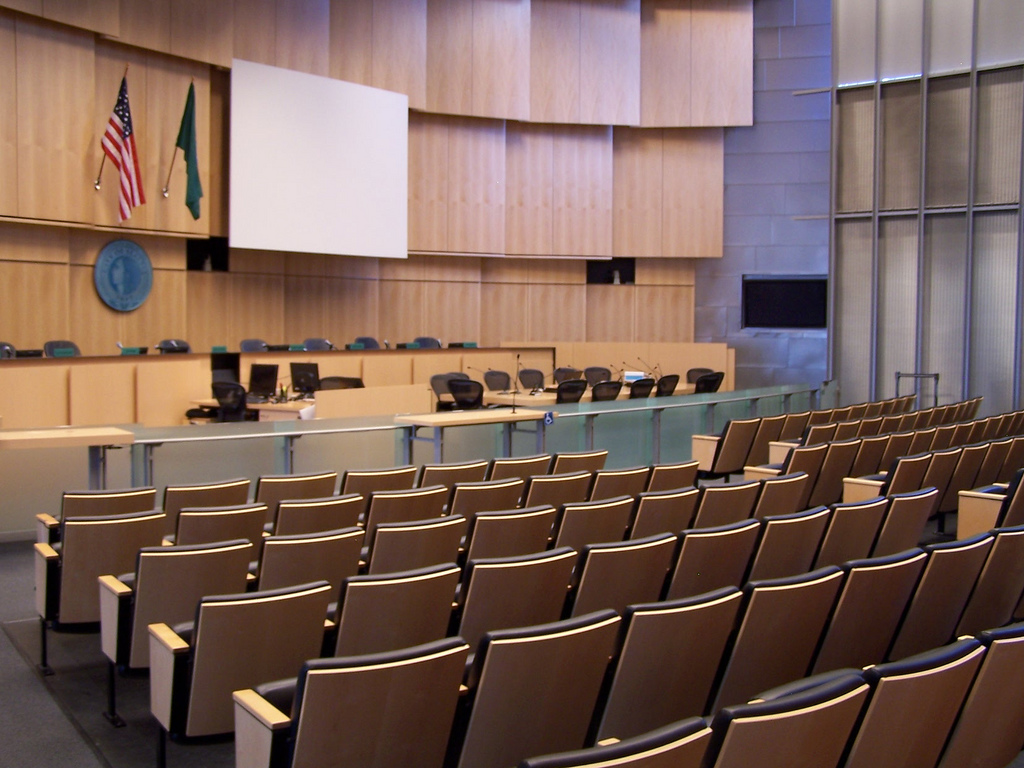 After Seattle’s City Council announced 8 finalists to fill the vacant position 9 council seat vacated by former councilmember Sally Clark earlier this week, the Emerald sent interview request to those finalists living within the South Seattle area. The City Council will be convening a special hearing at 4:00pm today to hear presentations from finalists and receive comments from the public. They will then appoint a replacement for the position at Monday’s City Council meeting, which will take place at 2:00pm.

I met Alec Stephens in 1987 or 88 at one of the early meetings that led to the creation of The Rainbow Coalition. The primary leaders of that movement, affiliated with Jesse Jackson’s Rainbow/PUSH organization, were Larry Gossett and Roberto Maestas (El Centro de la Raza). Alec and his wife Helena were integrally involved from the get-go. Then in 1992, Alec was the co-chair of Charles Rolland’s campaign to become the Chair of the State Democratic Party (I was the manager. Charles was the only the 5th Black state chair in United States history), and helped manage the steering committee to ensure our agenda – getting Charles elected – was first and foremost. That particular experience defined, for me, all the reasons why Alec is the best person for this appointment. Or any other elected or appointed office. He keeps people on task, allows people time to get things off their chest, yet steers a body through choppy waters to safe harbor. Alec was kind enough to respond to my questions via email as he prepares for today’s hearing.

Alec, tell me about the work you did as a civil rights lawyer for Sound Transit.

Alec Stephens:  I was Sound Transit’s first Diversity Program Manager and put in place Sound Transit’s Programs for Contracting with Minority, Women, Disadvantaged Businesses and small businesses.  I put in place and helped guide and oversee Sound Transit’s compliance with Title VI of the Civil Rights Act of 1964 to ensure that People of Color, low income and limited English proficient populations are included in decisions regarding the transit services that are being developed and operated and have access to the regional transit system.  I led the Agency’s effort to approve the negotiation of a Project Labor Agreement (PLA) to ensure labor unions provided the construction workforce, while also having strong employment goals for People of Color and Women, and Apprenticeship goals and pre-apprenticeship goals, again targeting participation for People of Color and Women.  The newly adopted priority hire ordinance has goals very similar to the employment goals in the Sound Transit PLA.   When these issues come before the City council, I will be able to review reports and program as a subject-matter expert to ensure that the City is fulfilling its obligations and promises to its people.

You previously ran for School Board?

Stephens:  Yes, in 1997 I ran for the position to serve South Seattle.  I was the first chairman of the disproportionality Task Force, which looked at the disproportionate discipline and the negative impact on academic achievement. My kids all attended Seattle Public Schools, and I have heard the same excuses – and promises – from the Administration for decades. I was very, very active as  parent, a volunteer and a PTA leader working to reduce the Achievement Gap, reduce class sizes, provide music, arts and language programs, and ensure programs that work are funded.

Tell me about your upbringing…

Stephens:  I was born and resided in the near downtown Black ghetto area of Miami, Florida, known as “Overtown”.  I was a student leader and had a talent for public speaking and succeeded through college at the University of Miami.  My parents valued education and while my father (a jazz guitarist) and mother only had a 8th grade and 12th grade education, they were avid readers and early in my life told me that I should be a lawyer, “because I liked to talk”.   My parents separated when I was five, but always supported me in my dreams.  My stepfather was a cafeteria waiter.  I came out to Washington to attend law school (UPS in Tacoma, now Seattle U law school).  I have had a love for law & politics even as a pre-teen.  I also have a long-standing commitment and desire for equal treatment and respect for all.  I was a member of the 1971 White House Conference on Youth Poverty Task force and as a high school student, came to understand that poverty knows no color, and that progress is best made when we all work together.  I was committed to cross-racial coalitions, before the Jesse Jackson campaign in 1988 and the Rainbow Coalition, an organization founded by our own Larry Gossett and dearly departed Roberto Maestas, came to be, and continue that commitment as a guiding force in my life.

You’ve voiced a lot of opinions on housing affordability, displacement and gentrification. As someone who’s lived in the Rainier Valley for decades, how would you use your experience to address the rapid changes we’re seeing here?

Stephens: We need to keep communities intact, and that cannot mean that needed improvements to the quality of life in an area can only happen by moving people out.  I think that while there are merits to having mixed income residential areas, that cannot mean a ‘Net-loss’ of housing for poor people and people on the lower end of the middle class.  We need to look at all solutions that improve the quality of life in the Valley, focusing primarily on the people who are already here.  One of the things I notice is that these issues of housing affordability, displacement and gentrification are not unique to the Rainier Valley, as similar things are happening in Belltown and West Seattle and Ballard.  I ask the question, “Where are people being moved out expected to go”?  I think we have reached critical mass where the easy solution, by some, move people out, have to be resisted and stopped.  I would be a voice asking those questions about the net gain in housing, not at the expense of low middle-income and poor people.

As a civil rights lawyer, what would you do about the US Department of Justice decree over our Seattle Police Department?

Stephens:  I think the consent decree is a great thing and I note that as far as I know, the Obama Administration has been the most consistent and persistent and responsive administration in stepping in the lend the weight of the federal government to reign-in police practices that treated minority communities as if they were the enemy.  It is forcing needed changes and setting the stage for improved police-minority community relations.  Vigilance is the key, to monitor progress and make sure everyone who should be at the table is at the table and lasting programs are put in place, and improved upon over time. So far, Merrick Bobb, the federal monitor tasked with ensuring the Seattle Police Department meets the federal mandates, has indicated he is seeing progress. For me, I want to see the Council establish how it will continuously monitor police-community relations and adherence to the spirit as well as the letter of the consent decree when federal monitoring ends.

You’ve toiled in the trenches for decades. What are you most proud of?

Stephens:   The issues to address disproportionality in education are still in play and even now the federal government is reviewing Seattle Public Schools regarding education compliance.

What policies currently under consideration by the city council would you most be looking forward to engaging with if you were selected?

Stephens: I include some areas where the Council also has a monitoring and oversight function to make sure implementation is moving forward as expected and intended as follows—

If you end up selected, the number of council members residing in the South End will be equal to what they were prior to councilmember Clark’s resignation. How do you think your inclusion in the city council would help amplify the voices and concerns in this area?

For the brief time in which I serve, I would hope to strategically ask questions and seek information on how things are actually working to achieve the goals that are set forth.  Given my background, I will especially ask how many of the issues serve people on the lower end of the economic spectrum.  Because things such as the consent decree are fragile, and the minimum wage and priority hire policies have just gone into effect or are very new, I would want to see how the Council will regularly and consistently monitor progress.

One thought on “Emerald in the Rough: Why Alec Stephens Deserves The City Council Appointment”