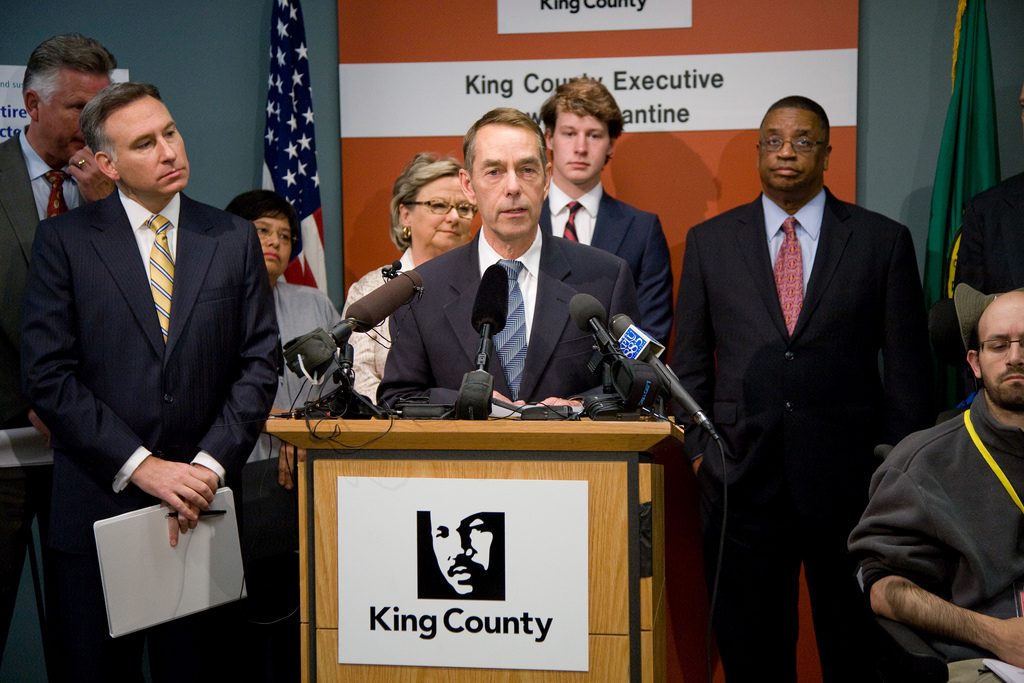 In March, the Metropolitan King County Council unanimously passed a new ordinance directed towards one specific person. And, it largely went unnoticed by almost everyone.

The ordinance is alters the conduct rules for people wishing to testify during public committee hearings which is an issue because before a new ordinance can be adopted in King County, the council is required by law to hold a public hearing on the issue where citizens can testify.

Why is the council allowed to limit testimony on something that will most likely directly affect the citizens wishing to testify?

In effort to “accomplish its business in a reasonably efficient manner,” the council moved legislation banning “disruptive behavior” during council meetings. (Examples of disruptive behavior are defined in the ordinance and include; speech by an individual after expiration of allotted time, speech by individuals who are not recognized by the chair for public comment, and speech at a volume louder than low, conversational tone and standing.)

With this new policy, any individuals engaging in these activities can be ruled out of order by the chair and removed from the hearing. If this happens at two consecutive meetings or twice in a two week period, the chair can bar the offender from participation in future council or committee meetings for up to 28 days. While individuals can appeal this decision with the clerk of the council, they only have 5 days to do so.

With that being said, this ordinance doesn’t ban someone from coming to public hearings in that time period altogether… Even if they have been banned from testifying, they can still come to sit and watch.

Is it ironic that this announcement comes amid a series of passionate testimony by activists against the new youth jail slated for King County and just a month after the massive February 9th hearing where EPIC’s James Williams spoke 20 seconds over his allotted 2 minutes and Councilmember McDermott called for his arrest?

Public testimony is often the primary means by which council members understand how an issue or policy affects people across the county. Usually, participants who are testifying have experienced first hand examples of the presented situations, so their words are valued.

I contacted  several of the council members to ask them about the inspiration behind the ordinance. While Dave Upthegrove wasn’t able to return my call, his chief-of-staff told me the council moved the legislation because at times they felt unsafe. He then directed me to council member Larry Phillips who didn’t mention anything about safety or James William’s situation during our conversation.

Over the phone, Phillips said the ordinance was influenced first by a group of people, but mostly by one person specifically. He did not name or describe the person.

”The rules for public testimony have been in place forever… they’re posted, they’re online, you can read them,” said Phillips. “I often times go over them at the beginning of meetings. We’ve had a very small group of individuals, mostly one individual who does not abide by the rules and becomes very disruptive.”

Phillips said the council members believe the noisy group imposes on people who actually have something constructive, persuasive and helpful to say which stops them from getting their point across and halts the work flow.

“[Meetings] are for the public, the public expects work to be done in an orderly timely fashion,” Phillips said.

He then proceeded to tell me that most of the work the council completes happens outside of public committee hearings.

My question is, why is the council allowed to determine who’s testimony is relevant and who’s is not? Especially when one person’s testimony could be interpreted as senseless to one person and passionate to another. Could this be seen as a limitation of freedom of speech, one of the primary inseparable elements in a democratic society?

Taylor is a Seattle native and recent graduate of the University of Washington where she studied journalism and political science.

One thought on “New County Ordinance a Check on Free Speech?”