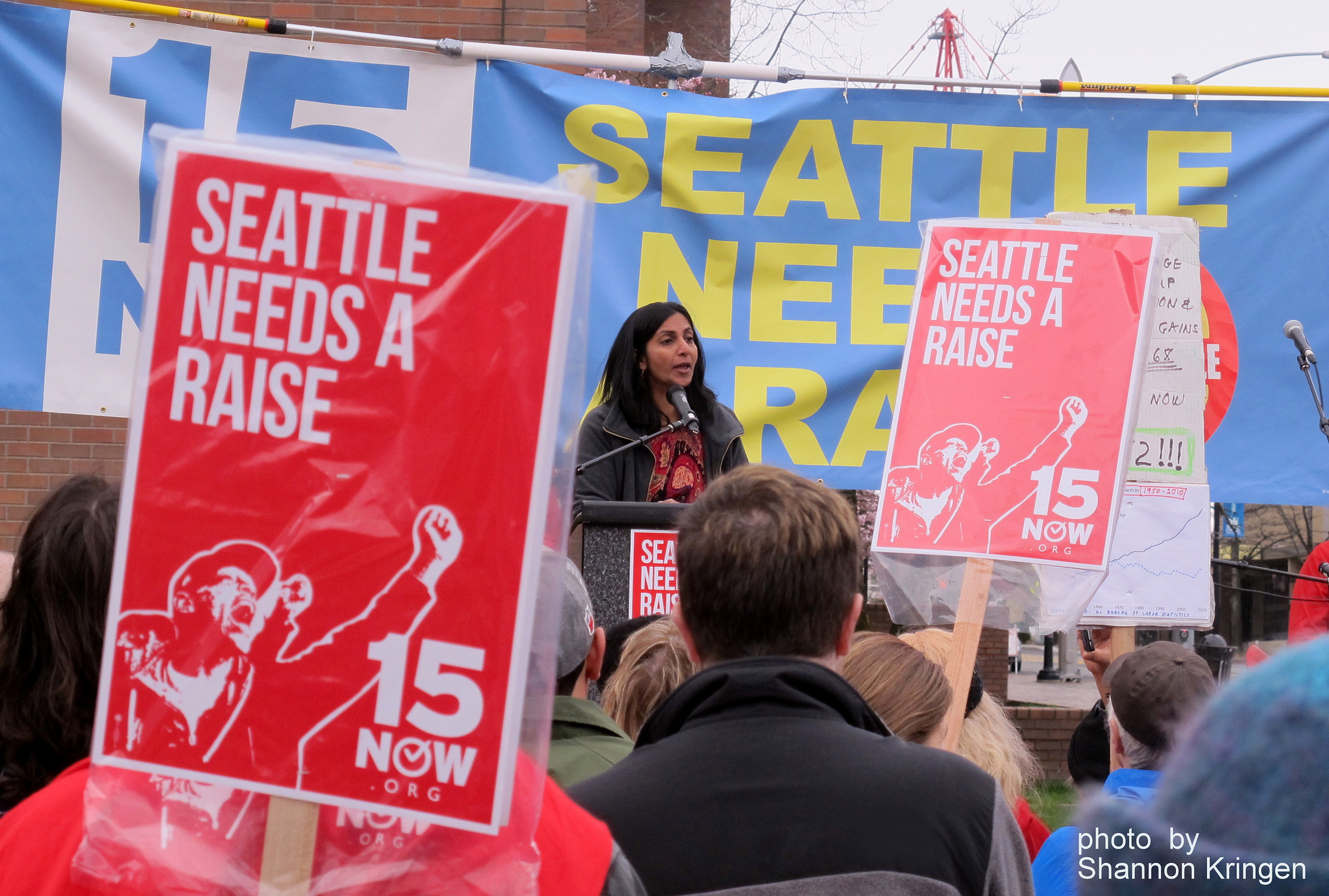 Local politics are our greatest hope for change. They are our last stand to create a sustainable society. They will enable us to create livable wages for all and affordable housing for everyone in our local communities. City leaders have the power to create to a society that provides equal education, addresses the injustice in our judicial system and ends the control of police.

Kshama Sawant has proven herself as a fighter for the people and a fighter for social justice. She followed through on the $15/hour minimum wage campaign promise, and worked towards the passing Indigenous People’s Day – both that have been long overdue. She is foremost an activist who deeply cares about and fights for the betterment of everyday life of working people. For too long, we have settled for those who would rather represent corporate business and the status quo. I endorse Kshama Sawant because she presents us with what we need more of in our city politics at this crucial time: radical change. Sawant is a fine example of that radical change that we the people so desperately need and deserve.

Seattle is one of the wealthiest cities in America. It is the home to many millionaires and billionaires who like to fund their interests and hobbies. And it is also home to upper-middle class professionals who are able to enjoy the nation’s best arts, food, education and housing. Yet, these same professionals and business people are completely oblivious to the struggle of the working class and the working poor who many cannot afford decent housing, let alone a newly developed apartment with a concierge. They cannot afford to eat out at Seattle’s many new upscale restaurants.

Rather, they have to deal with the escalating cost of “affordable” housing and a high rate of unemployment and low wages and rising crime do to the rising wealth gap. The City of Seattle set out to end homelessness by 2015. And yet homelessness has only increased. How can we as a city justify the constant development of overly expensive condos and apartments that only the wealthy can afford while at the same time have families living in tent cities and little box housing that are ill suited for anyone? The official counts of homeless people are not near accurate. Many young people end up couch surfing because they either cannot afford the high rent or because they cannot pass the stringent credit checks. This sort of difference between the rich and poor creates a segregated society in Seattle. Seattle like San Francisco is becoming a tale of two cities.

We don’t need to fumble in the dark by continuously voting for the same old somewhat-liberal type. It’s also tempting to vote for people that may look like us. Moderately liberal politicians – whether white, black or Asian – are not going to make the strong radical stances and changes that we desperately need. If you want to see a Seattle that is for everyone, then cast a vote for Kshama Sawant She will make sure all people of Seattle can enjoy the beauty that we have here in the Emerald City. Let us seize the opportunity. Let us make the right choice the only clear choice.

What Kshama Sawant represents is real hope and real possibilities for brighter days for all people of Seattle. Let us show the shirt and tie establishment that we have had enough of their false promises and lies by casting our vote for Kshama.

Aaron Dixon was co-founder and Captain of the Seattle chapter of the Black Panther Party. He has remained engaged in politics since, founding various non-profits for Seattle youth and running as a Green Party candidate in the 2006 Senate race.