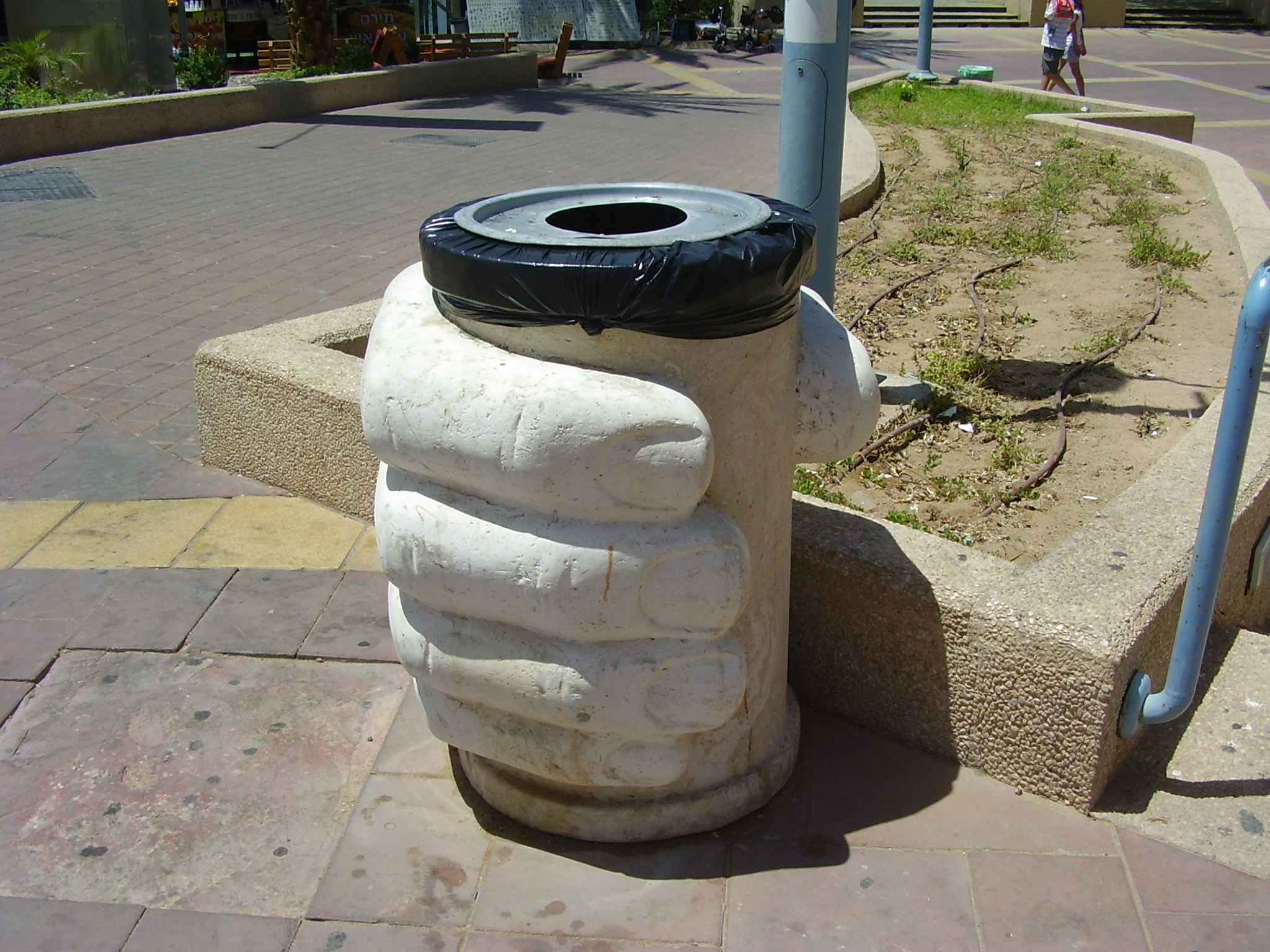 What do the oil drilling projects in the Arctic, gentrification in the Rainier Valley, and the police shootings of unarmed black men everywhere have in common?

Until seeing the video of South Carolina police murdering Walter Scott, I may have answered, “fear”—that fear is the root cause of these ills.

Indeed we are programmed to be afraid.  A recent study by the non-profit, Color of Change, revealed one small example of how we are taught to fear black bodies. A team of researchers watched the nightly news on the four major networks (ABC, CBS, NBC, FOX) in New York City for six months and recorded every instance in which the reporters identified the race of someone accused of a violent crime. The researchers then compared these numbers to the NYPD’s statistics about violent crimes during that same period.  This comparison revealed that the networks vastly over-reported crimes committed by black people. While the NYPD statistics showed that less than 50% of the violent crimes in that period were committed by black folks, 81% of the faces of alleged violent criminals that ABC showed were black. The least exaggerated reporting was done by FOX (believe it or not) whose reporting gave an impression that 61% of violent criminals were black, still an egregious over-reporting.

Without a doubt, fear of the other is a contributing factor in the social tragedies of our time—racism, exploding inequality, war, ecocide.  Any meaningful spirituality must foster courage in its adherents. “Do not be afraid” is one of the most frequently occurring lines in the Jewish and Christian Bibles, and overcoming fear of that which is different is certainly a noble pursuit.

That said, when you watch the video of Walter Scott being murdered in South Carolina, it is plain to see that the officer was not afraid. On the contrary, his execution of Walter Scott seems almost casual.  He casually shoots Scott and then casually walks over to his body and cuffs him as life drains away (planting what appears to be a weapon on him as he approaches). Then another cop, who is a black man, comes over and loiters over Scott’s body too.  They were not afraid of Walter Scott.  As far as I can tell, they just didn’t care.

There’s no single, simple root cause of all our problems in the world. But among the complex and interlocking causes of injustice, there is little that compares to how we are taught to ascribe value.  Do we value all people and all things, or do we just value some?  Van Jones speaks of our “disposable society,” in which we have disposable forks, plates, packaging, places and people. In our disposable society, some places are viewed as preservation worthy and some as dump worthy. Some people are viewed as important and some as expendable.

Appreciating Yosemite National Park and wanting to protect it from becoming a massive parking lot does not make you an environmentalist. Even Ted Cruz likes Yosemite. What makes you an environmentalist is appreciating a garden box on Rainier Avenue and working to protect it.  Admiring Martin Luther King and quoting him when it suits your agenda does not make you a humanitarian. What makes you a humanitarian is caring about the woman on the street corner trying to make a living and being open to learning about life by listening to her stories, struggles, and wisdom.

Dietrich Bonheoffer was a brave pastor and theologian who was killed by the Nazis for his faith-based political resistance. He had plenty of opportunities to escape but he refused to leave because his voice was making a difference.  Bonheoffer said: “Christianity preaches the infinite value of that which is seemingly worthless and the infinite worthlessness of that which is seemingly so valued.”

As much as I admire Bonheoffer and wish that he spoke truthfully in this instance, he didn’t.  The truth is that most of the time Christianity has preached a worldview and a lifestyle that leads to plundering the planet and dehumanizing most of the humans living on it.

While Christianity has not consistently “preached the infinite value of the seemingly worthless,” it turns out that the guy it is theoretically based on did preach that.  In fact, it may have been his main point.  Despite what lots of church people would have you believe, Jesus did not spend much time talking about himself. He spent hardly any time talking about doctrines and theologies. He spent precisely zero time talking about sexual orientation.  Mostly he told stories and performed symbolic actions that turned upside-down the way that his audience understood and experienced reality. Here are a few among the copious examples:

One of his most common lines was, “the first shall be last, and the last shall be first.” In other words, “the people least valued are the most precious.”

Bob Marley, and later Sublime, was using one of Jesus’s favorite psalms when they sang, “The stone that the builders refused has become the chief cornerstone.” The thing that the experts rejected is the thing that has the most important role of all.

One of his most famous metaphors was about a mustard seed. He said that “the kingdom of God” is like a mustard seed. The kingdom of God is his way of talking about how life could and should and will be one day. Not only are mustard seeds incredibly small, they are seen as a nuisance and a weed to Palestinian farmers. By choosing a small and despised seed to describe a glorious reality, Jesus was illustrating the disastrous priorities we are programmed to adopt.

Of course you can arrive at this viewpoint via a number of paths, spiritual and secular. As a Christian, these teachings are how I get there, and this is what helps me to embrace a perpetual revolution of prioritizing and valuing people and the earth itself.

The Black Lives Matter slogan is directly making this point: until our society values black lives, these police shootings will continue.  The sHell No oil protests are making a similar claim: until our society values all places and people, we will continue to brazenly destroy ecosystems and the planet’s most vulnerable people will bear the brunt of the fallout.  Gentrification in the Rainier Valley is subtler, but it too is propelled forward by how the dominant culture (white and upwardly mobile) takes for granted what is valuable and what is expendable. Gentrification is not just about the fact that pricey condos and a new PCC are being built on a corner in Columbia City; it also has to do with the fact that people with more power and influence did not value the socializing space provided by the parking lot of the Columbia Plaza nor the mural on its south-facing wall that was painted by youth of color to honor their friends who died of AIDS in the 80’s and early 90’s. Gentrification is not just about people with expendable incomes moving into a neighborhood, it’s also about whether newcomers are willing to honor the value of the clubs, corner stores, aesthetic choices and networks of community and security that were generated by potentially unfamiliar and historically undervalued cultures.

All of us who value equality and diversity are called to awaken to our programming, to cast off our blinders, to embrace the odd shaped stone, to delight in the weed breaking through the concrete, to welcome the outcast, to honor our own weaknesses and blemishes and disabilities and fall in love with the different.

For those of us who identify with a spiritual tradition, we must examine our views of God.  There is popular idea that God is like a mastermind NCAA rankings expert—a being who has access to a complete data set about the deeds and talents of everyone and ranks them accordingly. This theology undergirds a hierarchical view of people, places, and cultures. But there are alternative metaphors for God. I am drawn to the mystical view that God is more like the sun—not seeking a return on investment, not shining on people according to their merits, just a fireball of molten love that envelops all people, places, and cultures without condition.

The sun never says to the earth,

Rev. John Helmiere is the founding minister of Valley & Mountain located in Hillman City.  Originally from Tampa, Florida, John has a B.A. in Religion from Dartmouth and a M.Div. (Master of Divinity– best degree title ever) from Yale.   John is active with numerous local non-profits such as the Rainier Valley Food Bank, Puget Sound SAGE, and Working Washington.  He has been awarded a Beatitudes Society Fellowship, given annually to 8 emerging progressive Christian leaders from around the country.   He enjoys hiking, traveling (having visited 39 countries on 6 continents), making puns, and eating any possible combination of cheese and bread.

Note:  Articles of Faith  is a regular column, which features views on current events from local clergy members of diverse religious affiliations.

3 thoughts on “Articles of Faith: Those Who We Throw Away”