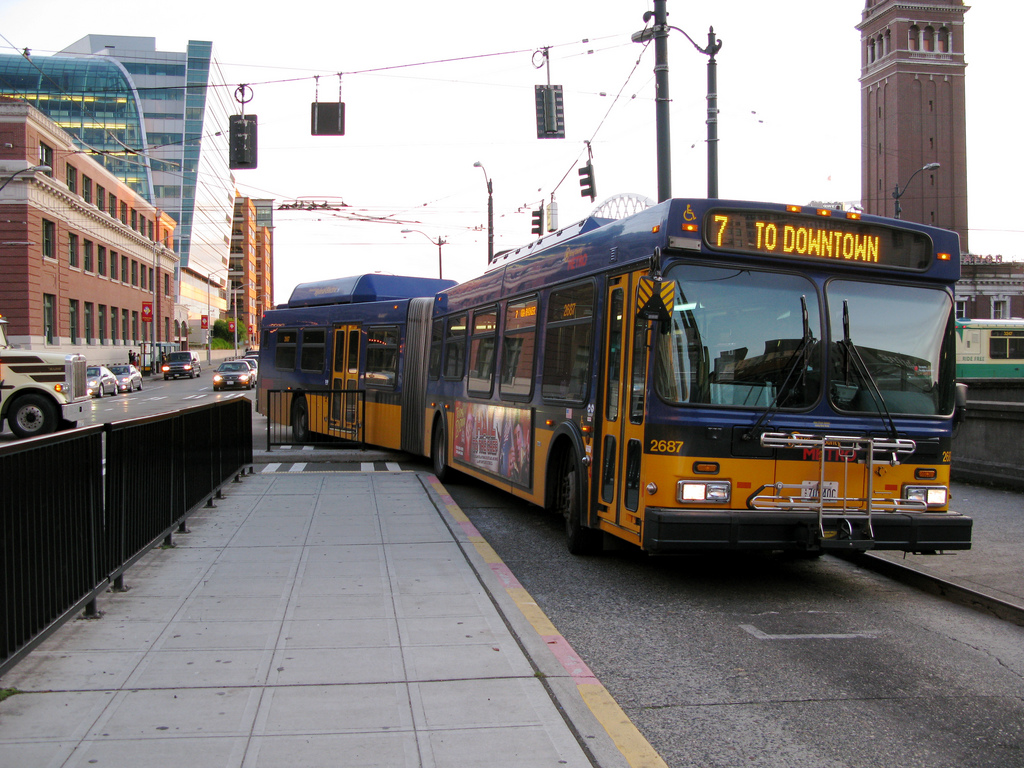 Do the one percent ride the bus?

If they did, our public transit system would look a lot different than it does today! The 1% have other choices and they probably can’t imagine what it’s like to depend on a public service like transit. It is us 99%ers who ride the bus, and our access to public transit can have a huge impact on our lives.

In fact, a recent New York Times article (“Transportation Emerges as Crucial to Escaping Poverty”) reports that the lack of reliable and efficient transportation is a huge barrier to low-income people trying to build a better life. Transportation has an even greater effect on social mobility than crime or elementary school test scores.

Here in Seattle and King County, we have a long way to go before our public transit system truly works for everyone. The ORCA Lift low-income fare program that the Transit Riders Union and many others fought for and won is an important step in the right direction, but thousands of riders still struggle to afford bus fare. Adult fares have doubled since 2008, and fares for youth, senior and disabled riders went up yet again on March 1st.

That’s why the Transit Riders Union is organizing for affordable public transit. Our Transit Riders Delegation met with King County Councilmembers in April, and on May 20th we will bring our message to the Seattle City Council at a big meeting at City Hall, 12:30 – 1:30. We want lower fares, expanded service, and better transit infrastructure to increase speed and reliability. We’ll be meeting with Councilmembers Kshama Sawant, Mike O’Brien, Nick Licata, and Sally Bagshaw. You’re invited to join us!

Seattle and King County governments are waking up to the need to enhance our public transit system. Maybe it’s because Seattle has the 5th worst traffic congestion in the country this year. Or maybe they realize that expanding public transit is THE most efficient answer to the climate change CO2 problems they have all signed on to address ASAP. Get people out of their cars and onto the buses!

If our local elected officials agree, then what’s the problem? As usual, it’s about the money. It’s about finding stable, sustainable, progressive funding for public transit. It’s hard to make the 1% contribute to the common good, so instead they keep coming back to us, the 99%, whose overall wages have not risen for decades. And Washington State has the most regressive tax system in the U.S., which means the 1% in this state keep their riches while we get the crumbs. This needs to change!

Got the picture? Well, King County Executive Dow Constantine wrote recently that “[w]e have created government to do for us collectively what we are unable to do acting individually.” That’s where you come in. We’d love to have you join us on May 20th, 12:30 – 1:30 PM at City Hall in the Bertha Knight Landes Room. You can RSVP on Facebook,  sign up for the delegation to get a personal reminder, contact us by email at contact@transitriders.org or by phone at 206-651-4282.  In the meantime, see you on the bus!