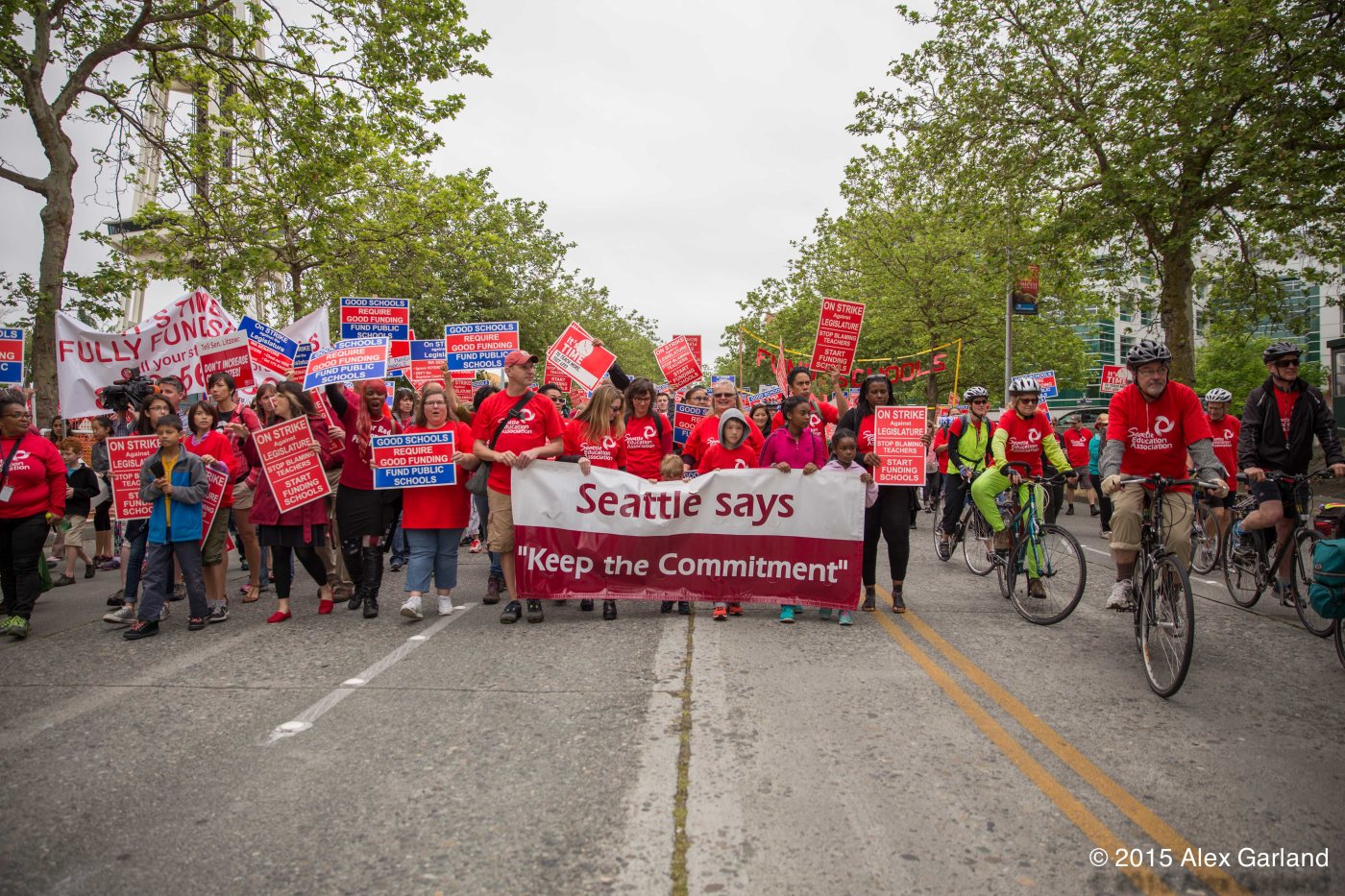 by Alex Garland (originally published on The Dignity Virus)

The demonstrators marched from Seattle Center near the Space Needle, to Westlake Park in downtown Seattle.

They were  frequently met with cheers and waves from those friendly to the protest as they passed workers and tourists on the sidewalk (and an occasional friendly honk from a “Ride the Ducks” duck).

The energy was high as children and adults in support of quality education via smaller class sizes and higher wages for school employees advanced through the city.

State Senator Jamie Pedersen was found marching hand and hand with his two children and said he supported higher taxes to fund education through “repealing the 1% gap on property tax increases, that’s responsible for almost all of our shortfall.”