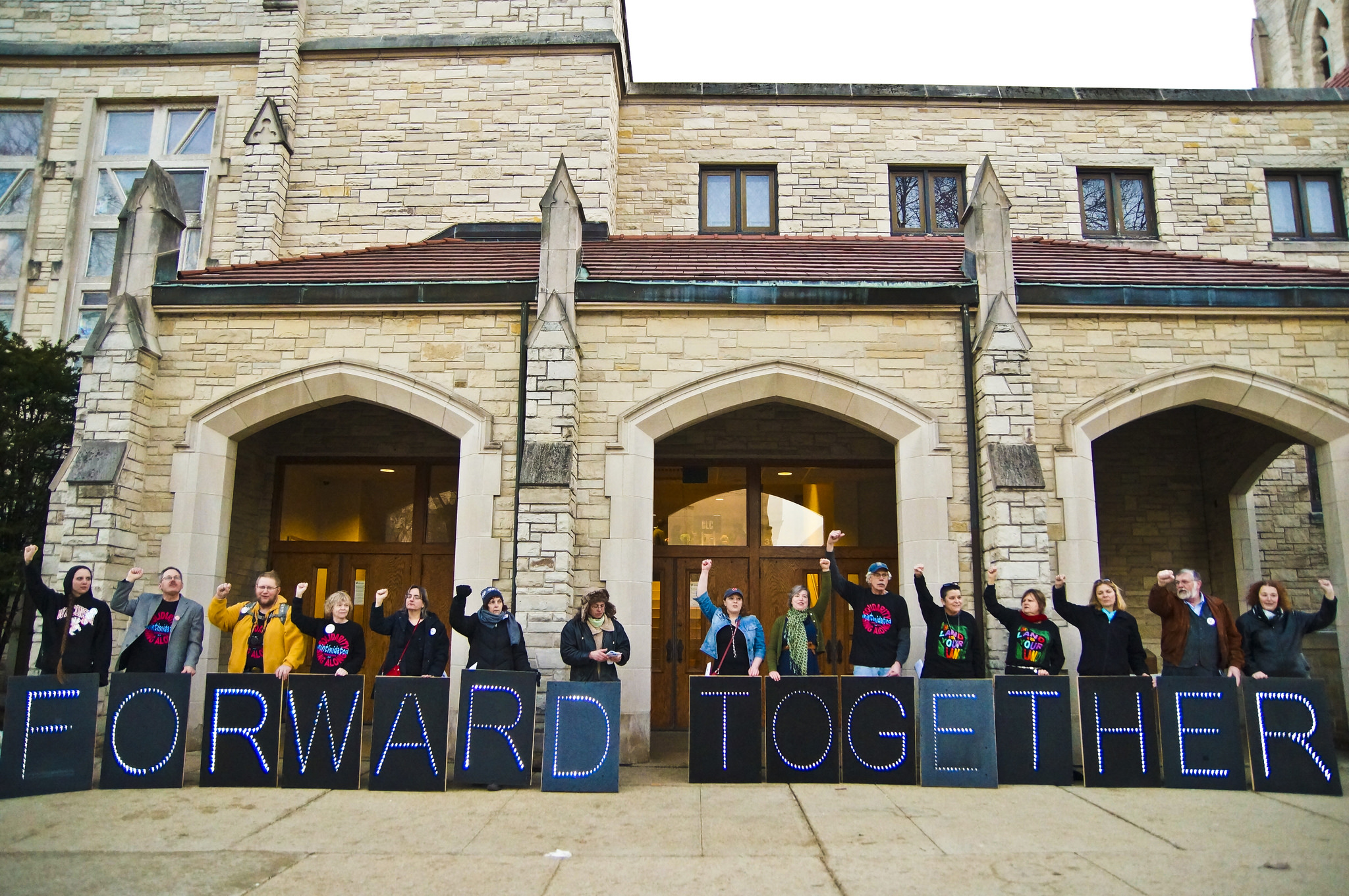 I never really wanted to be White.  Until I was 10 I didn’t even realize that’s what I was.  When people talked about race I assumed they meant ethnic heritage which seemed like a separate issue from the color of one’s skin. I understood myself to be Italian and Swedish – ¼ of each.  I’d proudly claim those two identities and feel pity for my friends who were only and 1/8 or 1/16 of something or – worst of all – didn’t claim anything at all.

This all came to mind when I attended the European Dissent Community Meeting last Saturday.  The meeting was an opportunity for White people interested in anti-racism work to come together.  I was pleasantly surprised to learn that, rather than rallying us for immediate action or flaunting their activist successes, this meeting was focused on building relationships and fostering the inner work necessary for White people seeking racial justice.

The leaders spoke of “internalized racial superiority” and encouraged us to reflect on our lives through the lens of race.  We were split into groups and offered three questions to ponder and then discuss: 1) When did you first become aware of racism and want to do something about it? 2) How have you worked with other white people? And 3) When did you become white?

That last question really stuck in my mind.  As I mapped out my “race history” in response to these questions I was reminded of how strongly I identified as Italian and Swedish as a child and with what embarrassment – shame, even – I realized that these European roots did not count as my race.

It was around 3rd grade that I learned the more important labels people around me used: Mexican; Native; and of course, Black.  I specifically remember Joshtone: the one Black kid in our whole school, from the one Black family in our tiny Eastern Washington town.  It quickly became clear to me that Joshtone’s race was significant in a way mine was not.  Joshtone and the Mexican kids and especially the Native kids had an interesting and somewhat dangerous claim to race that I did not even though my Noni cooked polenta and commanded us to “Manja! Manja!” at dinner.

I remember filling in the circle next to “White (non-Hispanic)” on my first standardized test in 4th grade.  I scratched that #2 pencil begrudgingly, dark graphite smudges transferring to the back of my hand, frustrated at claiming White as my identity.   Even in 4th grade I had some sense of the terrible legacy of being White.  Even then, I longed to distance myself from the color of slavery and small-pox blankets and segregation.  I preferred manicotti and lutefisk, for sure.

On our way to the meeting last Saturday, my father-in-law asked me for more information on European Dissent so I read the mission statement to him as we drove.  One sentence stood out powerfully to me: “We are persons of European descent who recognize that our varying ethnic histories have been forged into a common White identity in order to nurture and sustain racism (emphasis mine).

In reading this, something clicked for me.  Whiteness, they were saying, is not a race into which I was born, but an identity created by a racist system into which I’ve been co-opted.  I’m only White because at some point it was advantageous to include the Italians (who had previously been discriminated against and relegated to less-desirable real estate) in order to continue powerfully excluding the real danger – Blacks.

The next book on my reading list is “The History of White People” by Nell Irvin Painter.  A Salon interview of the author captured my attention and returned these fascinating tidbits:

It kind of blew my mind to realize how much the “race” of White was created and sustained over the centuries.  Thought up by a eugenicist, expanded to include “acceptable” immigrants, entirely to serve further racism and discrimination.  Whiteness is, apparently, meaningless!

And yet, it’s not.  I cannot deny that being White in the United States has dramatically impacted my life.  Whether I like it or not, whether it is accurate or not, my skin tone provides me with privileges, access and freedoms denied to others.  My friends of color’s lives have been dictated by the color of their skin as well.  They have been pulled over disproportionately, suspended more, sentenced unequally, given fewer chances and had to jump higher hurdles.  And that matters a great deal.

I can’t get away from the racial construct in which my whiteness was born, however ill-fitting or historically inaccurate or maliciously created.  I am a white person living in the United States and I must admit to how this has benefited me and protected me my whole life.  I must also acknowledge how these benefits have shaped my internal framework for understanding myself and the world around me.

But I think I can also acknowledge that the imposition of whiteness has come from outside myself and does not fully describe me.  In the same way that I can decry the evils of the Jim Crow system without denying the effects, I can also reject the racial binary imposed by those perpetuating racism while still taking to heart the ongoing harm both internal and external resulting from it.

I am learning to accept the reality of being white: how society has taught me whiteness is normal and everything else is an exotic or inferior minority; how I’ve been trained to notice skin color as the primary distinguisher between myself and others; how I still too often believe the solution to society’s ills is for other people to become more like me.  For all of this and so much more, I claim full complicity with my white identity. It is real.  It has shaped me.  I am now working hard to root out and exorcise these demons of racial superiority within me.

In this pursuit, I have many opportunities and excellent guides along this journey.  I am excited to become more involved with the thoughtful, passionate, open-eyed and self-aware white folks I met at European Dissent.  I am looking forward to the Dismantling Racism series coming up on June 11th.  I am planning to attend the People’s Institute Undoing Racism training  on July 16-17.  I have so much to learn, so much to un-learn and so much to do.  And not a moment to lose.