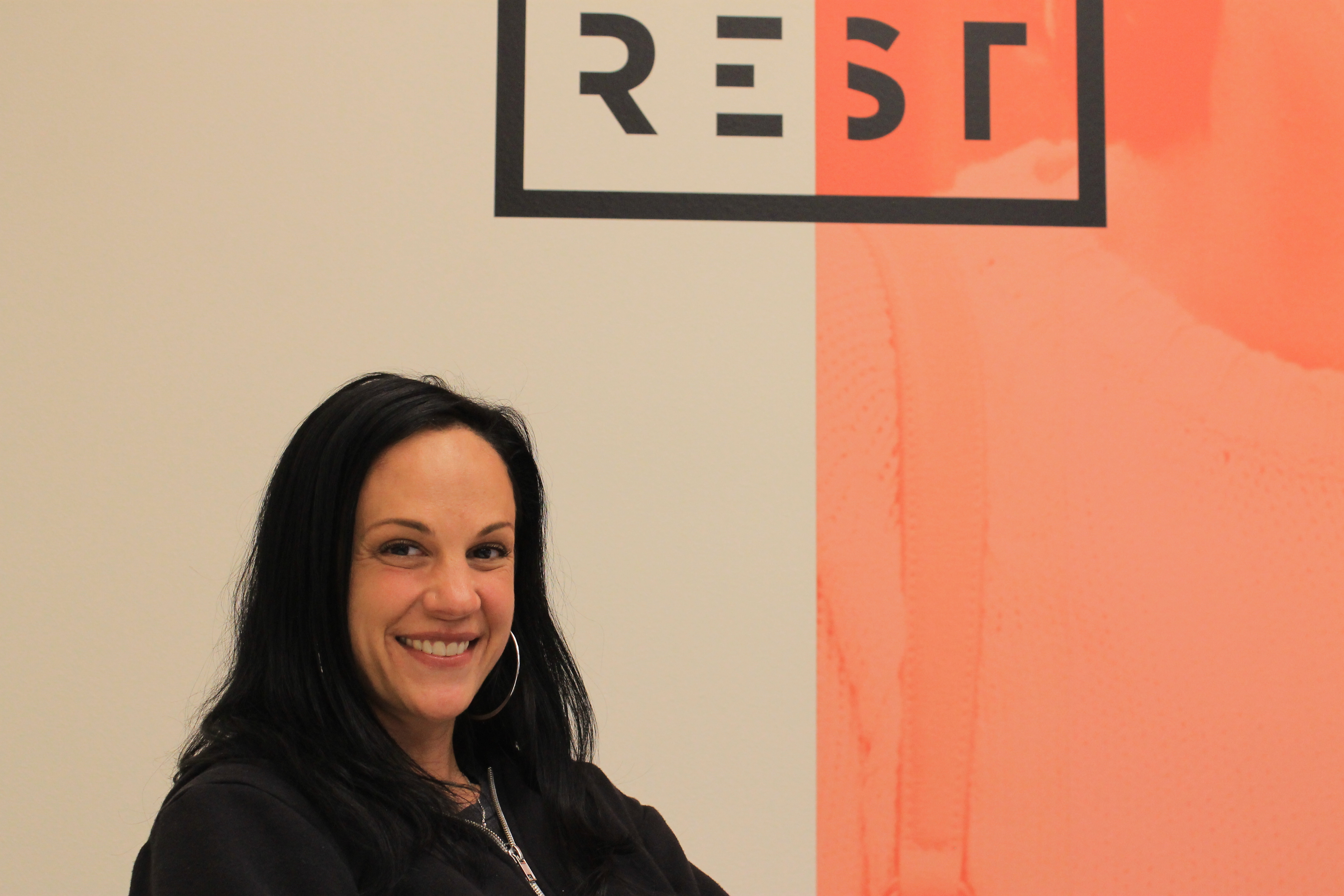 When she was just 15-years-old and pregnant, Noel Gomez was kicked out of an abusive and alcoholic household and forced to face the rainy streets of Seattle alone.

Sometime in the near future, Gomez met a man in a grocery store parking lot who soon became her boyfriend, or so she was duped into believing. This man was actually a pimp who spent the next several months “grooming and brainwashing” her before he introduced her to prostitution. It wasn’t until 15 years later that she was able to break away from the lifestyle of sex work.

“Pimps get you by offering all the things that you’re missing which can be self-esteem or self-love,” Gomez said, “What matters is what you’re lacking inside.”

Unlike many prostitution survivors, when Gomez was finally was able to save up enough cash to stop prostituting, she made the brave decision to stay immersed in the industry of sex work — but this time, from the other side. For the past 10 years and counting, Gomez has been an advocate for prostitution survivors like herself, and in 2012, she co-founded the Organization for Prostitution Survivors in Seattle (OPS).

The catalyst for this organization’s beginnings is a dark memory for Gomez. When her best friend who was also a prostitute died without ever getting out of the life, Gomez knew she needed to take initiative to create a force of change for women on the streets. She began with holding small-scale weekly support groups that eventually blossomed into established workshops with the help of allies in the community. In turn, this gave her current organization roots with the help of co-founder Peter Qualliotine.

They had both experienced the appalling realization that there was a serious lack of resources for women trying to exit the sex industry and for those seeking help to stabilize their lives once they had escaped. Thus far, the organization has successfully served hundreds of women, and is founded on the principle that there is no judgement, only support for these victims of sex trafficking.

Despite the immense good the organization brings, working as an advocate is not always an easy task for Gomez.

“It’s like I never really left,” Gomez said. “I’m still in the middle of it, and I still think about relapsing. After spending 15 years in the life I’ve never thought I was free. It’s like a prison.”

But understanding how traumatizing and complex exiting a life of prostitution can be is crucial to the work done at the organization. It offers drop-in counseling, support groups, art workshops and case management at the Real Escape from Sex Trade offices in South Seattle’s Columbia City, to help women get back on their feet. Assisting these women to find housing or detox and rehab programs are top priorities. There is also a large emphasis on the accountability of johns, with linkage to the Buyer Beware program that focuses on deterring men from making the choice to buy sex and perpetuate a cycle of sexual exploitation and abuse instead of shaming sex workers themselves.

The organization never tries to coerce prostitutes into seeking help either. This, Gomez says, is counterproductive.

“Nobody wants to be told what they have to do,” Gomez said. “Women that are working in this life know that it’s not good for them, so telling them ‘you have to stop,’ isn’t helpful and will only push them away and make them feel as if they’re being judged. It’s about helping them understand that whatever happened to them in the past, usually sexual abuse makes them victimized and it’s not their fault.”

This empathetic mindset is necessary to have when working in such an industry. When the average entry age for prostitution is 13-years-old, according to Seattle’s Genesis Project, young girls and women raised in such a lifestyle need individuals who can relate to what they’ve gone through.

A colleague of Gomez, Lisa Etter-Carlson, is a director at the Aurora Commons where she spends her days working with women involved in sex work through the Prostitution Survivors Project. She met Gomez four years ago, and said whenever she works with a prostitute who is even thinking about getting out of the lifestyle, Gomez is the first person she calls.

“I think it’s invaluable to have someone who understands the complexities of what it’s like to be a woman who is both in the life and what it takes to take to transition out,” Etter-Carlson said. “And how to live with the past and the trauma and to heal and make meaning and purpose from that,” she adds.

This sentiment is shared by Gomez’s coworker Martha Linehan at the Organization for Prostitution Survivors. “I’ve learned pretty much everything I know from working with Noel,” Linehan said. “I’m just an ally and always will be. So having a survivor working with other survivors is a really critical piece. Women here are so easily relatable to her because she doesn’t think she’s better than anyone else.”

Even the Seattle Police Department’s Vice unit alongside FBI Innocence Lost Task Force deputies recognize Gomez’s unique perspective and value on this issue. They occasionally turn to her for help on prostitution sting operations. They allow Gomez to encourage arrested prostitutes to utilize survivor resources instead of going to jail.

This is not the first time Gomez has been made familiar with law enforcement. She can’t remember the number of times times she’s been arrested when she was working on the streets. But when it would happen, her pimp would force her to pack up and leave town with him, leading her to work in places such as Portland, Ore., San Diego, Los Angeles and Phoenix. In fact, she did most of her prostitution in California.

During this time span, the threats on her life were constant, coming from both her pimp and johns. Her pimp would frequently use her son to manipulate Gomez into staying under his control. Once, when she tried to leave him, he put up missing person flyers with a picture of her son — a direct threat on his life that once again kept Gomez trapped in a cycle of abuse.

“The scariest moment is when you know you’re going to die,” Gomez said. “When someone is telling you they’re going to kill you and then they try to.”

Coping with triggers from these memories and from the work she does with other women takes its toll. Gomez suffers from post traumatic stress disorder, anxiety and depression. She says the best way to avoid letting her past overwhelm her is by immersing herself in her work as much as she can. She also tries to keep both her mind and body in check by getting enough sleep, eating right and walking her dog regularly. Getting out in nature has become a staple form of therapy in her life.

Gomez doesn’t deny that she has responsibility in the matter of entering prostitution, but points out it’s vital to understand that all odds were stacked against her. She has no tolerance for those who think that she could have easily gotten another job or have avoided what happened to her.

“[Those people] just don’t know,” Gomez said. “They’ve never been thrown out of cars, they’ve never been beaten in the head with baseball bats, they’ve never had a pimp completely destroy their self esteem, their soul, their everything. You think going out and selling your body and working 20 hours a day is lazy? It’s anything but lazy. They have no idea what they’re talking about.”

Despite the horrors that Gomez has endured, she still believes that everything happens for a reason. For her this means no regrets, and amazingly, an absence of resentment towards the johns who solicited her. Although her life is still a work in progress in which she grapples with self-hatred, it’s apparent that she’s a woman who is instead defined by her resilience, strength and passion for her job.

“What she does is the most selfless act of love for these women,” Etter-Carlson said. “She’s a beacon of hope, so the women think about her and then they think that maybe they can do it too.”