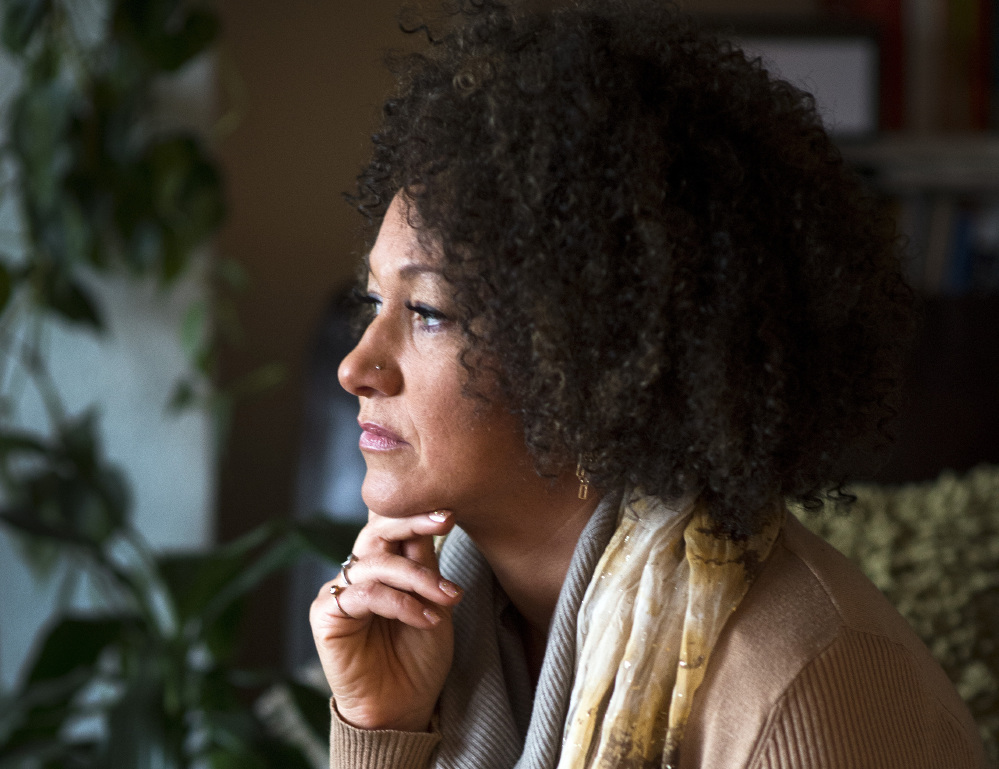 Editor’s Note: The Emerald received two Op-Ed submissions about Rachel Dolezal and decided to publish both under one article heading.

Had Rachel Dolezal grown up in a black neighborhood, attended black schools and immersed herself in black culture, I could sort of understand her self-identifying as black adjacent. I say “sort of” because her home base would still have been white. While identity development continues throughout one’s lifetime, it is during our childhood and adolescence where the greatest impacts are made. Since children tend to stay close to home during adolescence their identity development will draw heavily, if not exclusively, from these spaces–the greatest of these spaces being the actual home.

Like Rachel’s, my parents are white and from Montana. And while my parents left Montana over fifty years ago, settling in Washington state eight years before my adoption, to hear them speak you’d think they’d gotten to Washington State last week. Be it last week or fifty years ago, what is for certain is that before they landed in Washington State, when it came to their answers to those critical identity development questions of, “Who am I?” “Who do I want to be?” and “How do others see me?” Montana played a huge role. And because Montana played a huge role in their identity development, despite my never having lived there, nor having visited for more than a week or so at a time, it would in mine as well.

This is why I still know the Montana State Song. Montana,Montana, Glory of the West, Of all the states from coast to coast, You’re easily the best…. I can also name over 20 cities in Montana in under 10 seconds.

Identities’ formation is the result of a complex interplay created and shaped by individual and shared characteristics including gender, age, ethnicity and race, social class, ability, sexual orientation, religious affiliation, family dynamics, historical factors, geographic, social, and political contexts and a whole lot more. Taken together the answers to these questions make up both our self and social identities.

Self-identity refers to how we define ourselves. Self-identity forms the basis of our self-esteem. In adolescence, the way we see ourselves changes in response to peers, family, and school, among other social environments. Our self-identities shape our perceptions of belonging.

Social identity is constructed by others, and may differ from self-identity. Typically, people categorize individuals according to broad,socially-defined labels For example, if you have dark skin, you may be labelled”black” by others even though you may not have adopted that identity for yourself.
Alana Butler, ACT for Youth Center of Excellence, Cornell University, May 2010

Rachel is white and doesn’t want to be white. I am black and for years didn’t want to be black. This is what developmental psychologists Erik Erikson and James Marcia call identity diffusion. It’s a state fraught with role confusion and a weak sense of self; a state in which an adult white woman might invent a black son and father. A state in which a transracially adopted black child may proclaim, “I am white because the first people who loved me were white.”

As some of you know by month’s end I’ll be launching Transracial Family Coaching, wherein I’ll partner with prospective and adoptive parents in identifying, understanding and addressing the inherent challenges and obstacles that come with creating and growing healthy and happy transracial families.

Perhaps the greatest challenge facing parents who adopt transracially is supporting their child as they undertake the critical task of same-race identity development–a task all the more difficult in a country where white people rarely give much thought or weight to identity development. In America white skin is seen as the default racial identity, and thereby the norm by which other races are judged.

Clearly Rachel doesn’t want to be the norm by which other races are judged. Unfortunately for her it doesn’t work that way. To be white is to benefit from a system built on advancing, protecting and valuing white people and spaces above others and there is no opting out.

Rachel Dolezal’s decision to cloak her white skin, privileges and protections in black womanhood does not make her a black woman- for to be a black woman one must first have walked through the minefield known as black girlhood.

Rachel Dolezal is a white woman; a white woman who came of age as a white girl surrounded by the privileged and protective walls of white parentage, making her the perfect person to engage other white people in productive, meaningful, necessary and even uncomfortable conversation around race. I hold fast to the possibility that once the dust has settled Rachel Dolezal can emerge as proud anti- racist white woman. More importantly I hold fast to the possibility that she be transported to a place where everything about her fits and matters; a place where she feels distinctively beautiful. For to paraphrase the Psalmist David. Better is one day in that court, than thousands elsewhere.

Chad Goller-Sojourner is a South Seattle resident and the founder of Transracial Family Coaching, and author of the forthcoming book: “From Lutefisk and Lefse to Cornbread and Collards: Narratives, Essays and Interactive Exercises in Transracial Adoption”. Also as a writer/performer, Chad is the creator of two highly acclaimed solo shows: “Sitting in Circles with Rich White Girls: Memoirs of a Bulimic Black Boy,” the groundbreaking and crushingly honest story of a bulimic, black boy raised by white parents and struggling to find beauty, acceptance and safe space, in an all-white world; and “Riding in Cars with Black People & Other Newly Dangerous Acts: A Memoir in Vanishing Whiteness,” the story of what happens when a transracial adoptee “ages out” of honorary white and suburban privilege and into a world where men with black skin are deemed dangerous until proven otherwise. He can be reached at Transracialfamilycoaching@gmail.com

Are you as baffled as I am about this whole Rachel Dolezal story? There are so many fraught aspects to this story, not the least of which is: who does her hair? I realize that’s the Ieast impactful part of this dialogue about the complex nature of cultural identity but I have been truly fascinated by her hair since the story broke. Apparently she had a whole glam squad complicit in her deception (weekly tanning sessions, amazing hair stylist) until her parents outed her last week. Growing up white in a black neighborhood I’m familiar with the idea of mixing of cultures. I’ve known plenty of white men and women who ‘identify’ with black culture because that’s the environment they were raised in. Not a one of them thought it was a good idea to pretend to be something that they weren’t.

There’s a big difference between identifying with a culture and lying about who you are.  One friend referred to Ms. Dolezal’s deceit as “next level culture vulture stuff” and wondered if her good intentions excused her deception. I think not. I believe she undermined her own cause and intentions by pretending to be something that she’s not. There are plenty of productive white activist and organizers, some of whom currently represent the NAACP, so it is clearly not a job requirement to ‘identify’ as black for the purposes of succeeding at her work. Instead it feels disrespectful and deceitful and yes, culture-vulture-ish. It’s disrespectful to the people she misrepresented herself to, to her own family and seems to me to be the ‘lazy’ way to become accepted within the community she wished to represent. Instead of being honest and putting in the work she lied to be accepted more easily.

If nothing else this story has illustrated the importance of being true to yourself. The incomparable orator Frederick Douglass said “I prefer to be true to myself, even at the hazard of incurring the ridicule of others, rather than to be false, and to incur my own abhorrence”. Words to live by.

Robin Boland is a Hillman City resident and is called “little bird” by her friends and relatives.