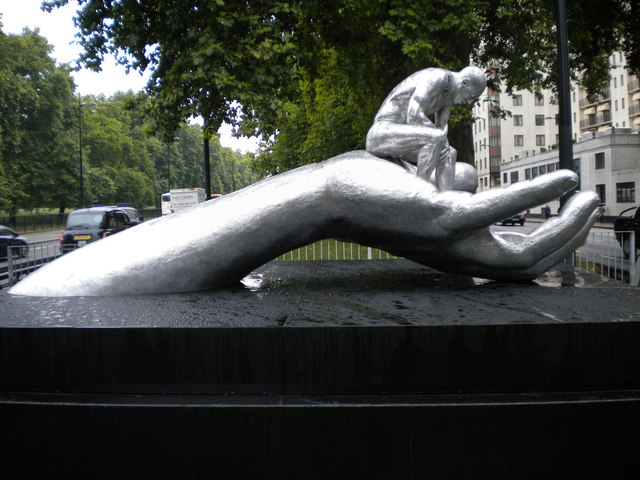 “Those who love peace must learn to organize as effectively as those who love war.” – Martin Luther King, Jr.

If you ask me about my beliefs, you’ll hear me sputter through words like “agnostic”, “humanist,” and finally, “science.” These words hold the concepts that my heart and mind have cobbled together to try to explain the miracle of how I’ve emerged into this glorious life, in a world that can be both stunningly beautiful and heartlessly cruel in nearly the same breath. One thing you won’t likely hear, however, is mention of the word “God”. But if you ever go looking for me on a Sunday morning, you’ll find me in church. How can this be?

While I don’t know for sure whether or not I have a soul that needs to be saved (I sincerely doubt it), I do believe the small handful of liberal faith traditions that are fighting to survive the rapid overall decline of religion in America could hold the key to saving our very existence.

I realize that this is a rather bold statement. A recent Gallup poll found confidence in organized religion at an all-time low of 42%. At the same time, millennials are more likely than any other living generation to identify with no religion at all.  “The church and organized religion is losing its footing as a pillar of moral leadership in our nation’s culture” according to Gallup. If you are a person of faith, this number might not matter to you much at all (at least in terms of your personal beliefs).  And for those of us that were born into a traditional church but at some point in our lives shunned the entire concept and never looked back, this number probably comes as no surprise. (It may even offer a bit of comfort-people tend to appreciate data that supports their decisions).

It’s that phrase in the middle of Gallup’s statement that gives me pause. “Organized religion is losing its footing as a pillar of moral leadership in our nation’s culture.”

Nature abhors a vacuum. If our moral leadership isn’t coming from religion…where will it reside? I would argue the capitalism has made a bid to take the reins, and there is a strong case to be made that this has already happened in this country. Our media outlets have been consolidated, allowing a small handful of companies to control the messages we consume. Big money has taken over the federal government, ensuring the will of corporate interests becomes the law of the land. (A recent Princeton study compared 1800 U.S. policies enacted between 1981 and 2002 with the expressed preferences of average citizens versus those of affluent Americans and concluded that the U.S. is dominated by its economic elite).

Could science or technology be our savior? Unfortunately, once again, capitalism wields a strong hand in dictating where money is invested for new research (and it tends to be to projects that offer the greatest chance of future financial return).

Let me be clear…I am not (yet) anti-capitalism. Capitalism is the most efficient system of wealth creation developed so far, but many of the challenges we face today at the local, national, and global level are not easily converted to a profit line.

We find ourselves like the proverbial frog in the pot of water on the stove. If you throw a frog into a pot of boiling water, it will immediately and frantically try to jump out to save itself. But if you put the frog in the water at a comfortable temperature, it will stay put while you slowly turn up the heat until it perishes. Like the frog, we don’t tend to notice small, dangerous changes over time.

If you are alive today and paying any attention at all, it’s likely that you are starting to feel the temperature rising a bit all around you (both literally and figuratively). Global warming and rapid species extinction. Racial injustice and violence. Never-ending wars. Child labor and human trafficking. Spying and data breaches. High levels of depression, anxiety,  alcoholism and drug abuse. The list of society woes is long and daunting. How can I make the claim that liberal religion could have a chance to make a dent in even one of these crises?

The only way society can ever be healed. One person, one relationship, one community, and one nation at a time.

More and more people are responding to surveys as “Spiritual but not religious.” Morris Berman, in his book “The Twilight of American Culture,” envisions individuals like this (whom he refers to as “Contemporary Monks”) maintaining the values at the heart of our civilization just as religious monks protected the enlightened works of Greek and Roman philosophers through the Dark Ages. Before I began attending the Unitarian Universalist church, I might have fancied myself as one of these enlightened individuals and patted myself on the back for being a forward thinking light in a dark sea of consumerism and virulent nationalism that has swept through much of our country.

Berman believes we’re headed for collapse, and see’s these enlightened individuals as the ones that will emerge on the other side and help us rebuild society into something better than exists today using the lessons they will take with them through the collapse. But if Berman is right about where we might be headed (and many indicators show that our imminent demise is not completely out of the realm of possibility) I’ve come to realize that Berman’s theory is missing one crucial component-the connection of these individuals together in community.

I am fond of saying “I invented all of the tenets of Unitarian Universalism…I just didn’t know there were hundreds of thousands of others already practicing them together.” What I’ve come to learn is that coming up with elegant theories in your head about what’s right and what’s wrong really doesn’t compare to coming together in community and with others who occasionally test your assumptions and force you to defend and refine them. I also didn’t realize just how much more powerful an individual can be when they know they are surrounded by a loving community that would help to pick them up if they stumble. (One REALLY bad outcome of capitalism is that most of us are swimming as fast as we can to keep our heads above water and don’t dare to stop paddling long enough to ask “Why?” for fear of getting swept under the current).  I didn’t realize how grounding it can be to become a part of something that is not measured in the short span of the latest earnings report or even the blink of a human life but traces its roots back through the dawn of humankind. I didn’t realize how much bigger of a political impact I could make if I was joined together with so many other like-minded individuals.  I didn’t realize how helpful it would be to have support as I attempt to teach my daughter how to critically evaluate the different explanations offered by various sources to the hard questions we face. And I certainly didn’t have any single place where I could interact with people from every living generation to directly hear views on current events that come from different perspectives than my own.

These are just a few of the many of the surprising benefits I’ve found having stumbled my way into a liberal faith tradition later in life. The opportunity I see is in encouraging these entities to cast off their fear of evangelizing (in an attempt to distance themselves from the fanatical/rigidly dogmatic churches that have given religion such a bad name) and proactively pulling new people under their tents. So much of what exists there is so sorely needed in our society today.

“It behooves us to be careful what we worship,for what we are worshiping we are becoming”  – Ralph Waldo Emerson

Matt Aspin is a former member of the Board of Trustees at Westside Unitarian Universalist Church, and has been prodded relentlessly for years to take up his true calling as a minister.

2 thoughts on “Articles of Faith: Where Shall We Place Our Faith?”