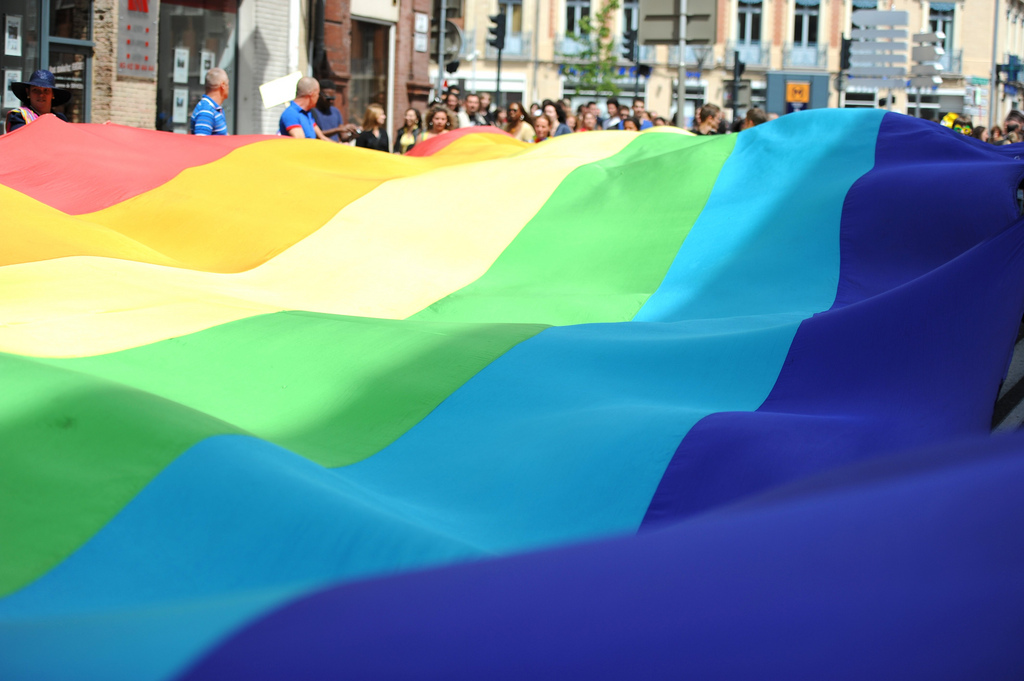 The eruption of jubilation from marriage equality advocates across the country upon Friday’s announcement of the Supreme Court ruling same-sex marriage constitutional, making its practice legal in all 50 states for the first time in American history, still has yet to subside for many. Five Seattleites belonging to the LGBTQ community, and having connections to the South End, were gracious enough to respond to our request for reactions and reflections on what the decision means to them. We found that even though Washington state’s legalization of gender-neutral marriage preceded that of the nation’s by over two years, the impact of the court’s decision was no less stirring:

Michael Cox: I broke down when the crowd outside the court began singing The Star Spangled Banner. For the first time our country was recognizing its LGBTQ citizens without prejudice, and those citizens expressed their love of country without hesitation. So very different from any other confrontation between gays and the state.

We listened to conservative radio during a car trip the day after. Religious conservatives were disappointed but also seemed hopeful as both liberal and conservative justices affirmed religious liberty was still a valid consideration in the public realm. It was the first time I had heard fundamentalists struggle with a both/and proposition: how do they stay at the table in light of this decision, the legal recognition of gay marriage in every state?

I believe there are many questions to be answered yet for true equality to be gained for LGBTQ Americans. I believe the same is true for many other oppressed groups in this country – racial minorities, religious minorities, women, immigrants, First Nation people. De Toqueville’s “tyranny of the majority” is still valid here. But I am hopeful.. .As President Obama noted, we are a “more perfect union” today because of this.

Rev. Dr. Mark Newton: I am elated and somewhat stunned by this victory for love, freedom, civil rights, and human dignity. Once the tipping point was reached after a long, difficult, and painful journey, the shift toward a more inclusive society has been almost breathtakingly swift.

19th century Unitarian minister Theodore Parker famously said “The arc of the moral universe is long. And from what I can see, I am sure it bends toward justice.” I believe his thinking to be true.

Marriage Equality is a huge step in the direction of justice and a “more perfect Union.” Each time the door to liberty and justice for all is opened wider, all of us are better for it. And those who act to keep the door closed and locked thereby oppressing their fellow citizens in the name of their god are increasingly exposed for their inhumanity and hypocrisy. Their voices and influence will fade.

This is a time for joy and celebration in an otherwise challenging time in history. Something good has been accomplished for which I am most proud.

Jen Mills: When I heard about the Supreme Court decision granting gays and lesbians marriage equality, I had two emotions simultaneously: joy and sorrow. I was of course elated. This decision means that my family has security. It means that my son has the same safety net granted to millions of children born to heterosexual families across the country. It means that we can travel to visit relatives without having to worry if one of us falls ill and needs medical attention. It’s a sigh of relief. Even though there is still work to be done (in many states I could legally lose my job or get evicted based only on my sexual orientation) I know that justice comes in fits and starts. My second thought was of sorrow. This decision, coming the week after the terrible massacre in Charleston, SC of 9 innocent Americans, was heartbreaking and bittersweet. This stark contrast of victory and tragedy illuminates both the hope that change is possible and the urgent work that needs to be done to secure rights and safety for EVERY American. The legacy of both justice and injustice in America is long. This ruling is amazing. The fight continues.

Laura Gentry: When I came out at 19-years-old in rural Idaho in the mid-90s, it didn’t just mean telling my family I was gay…it came with the subcontext that they would never see me marry and never hold a grandchild. I wasn’t allowed to have these things by law. In some ways, coming out felt like a life sentence of “otherness” you had to place upon yourself just to feel real romantic love for the first time in your life. It was brave and dangerous and very lonely. The shift in our country’s attitude toward the LGBTQ community over the last 15 years — particularly the last five with the states’ marriage rights movement — has been head-spinningly wonderful. The Supreme Court’s decision on Friday felt like the exclamation point on America’s renewed committment to love and personal freedom. I had tears of joy in my eyes all day thinking that gay and lesbian kids being born today will never have their government tell them they are less than because of who they love. It was the first court decision where our community didn’t have to ask “Who can appeal this next? What does this mean for other states? Who can take this win away from us?” It’s absolutely remarkable.

Young Han: I couldn’t believe how quickly marriage equality took hold across the country, once public support reached a critical mass. If someone had told me–growing up as a gay teenager–that we’d have marriage equality within 15 years, I would have told them that they were out of their minds.

That said, it’s important to recognize all worthwhile things take time and effort. The first modern gay rights activists started out in the 1950s and faced overwhelming challenges. What will be called common sense and justice 50 years from now may be something considered radical or pie-in-the-sky today.