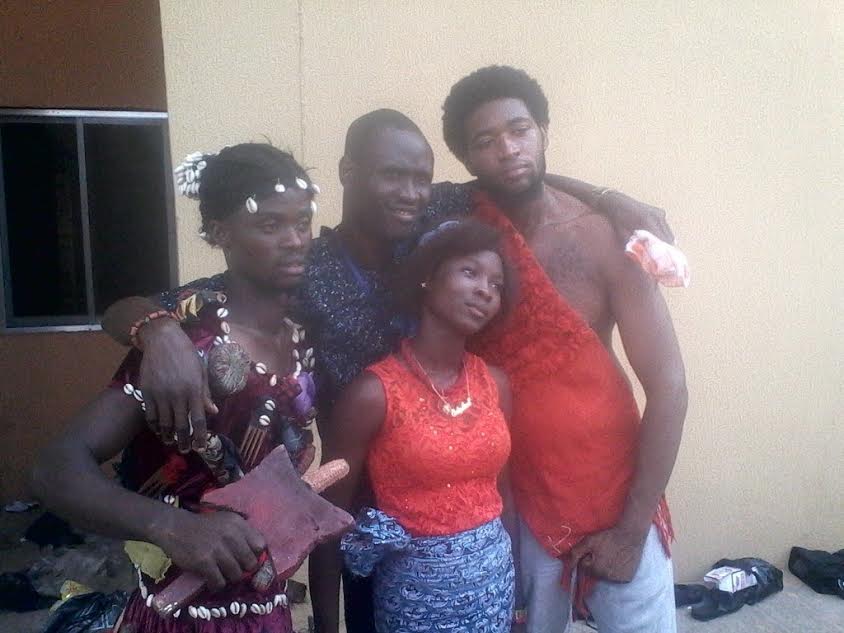 Javoen Byrd, who performs African and Afro-Caribbean music under the stage name Tunji Awodi, will be making a brief visit to Seattle July 10-11 for two shows at the Moore Theater with Northwest Tap Connection. He will be drumming in the Congolese style for Odyssey – The Story of Three Dancers. The performance resonates with Javoen’s own odyssey and his vision for using African music, culture, and spirituality to empower black youth.

Javoen was born in Virginia in 1990 and moved to South East Seattle at age two with his  mother, who immersed him into African and Afro-Caribbean cultures through music. Growing up in Seattle’s South End, he was introduced to a variety of cultures at an early age – from Ethiopian to Senegalese and Nigerian; Chinese, Vietnamese, and many, many others. “Each of these unique cultures inspired me in different ways,” he says.” I studied them eagerly in order to keep myself out of the pitfalls of economic impoverishment that many in South Seattle succumb to. The way I look at life is, I’m in my twenties, I don’t come from that much money and don’t have that much to fall back on. That means the only place for me to go is up.”

As a teen, Javoen observed that many of his peers had fallen victim to the criminal justice system, and wondered if this was the result of the lack of positive alternatives in the community. He decided that he would devote his life to researching culturally relevant alternatives for youth to engage in healthy self-expression and discipline. Javoen’s passion for youth outreach comes from observing the differences between himself and other Black males from similar backgrounds. This research led him to travel to Guatemala, Cuba, and Nigeria. Eventually, he was initiated into Ifa, an ancient West African religion. It was through Ifa teachings that Javoen learned indigenous West African ways of healing both physical and psychological trauma.

He is currently working on obtaining his Ph.D. in Developmental Psychology with the ultimate goals of bringing knowledge back to the inner city community, and becoming an advocate for minority youth. When asked what advice he has to teens today, he says, “I believe that the greatest thing you can be a genius in is hard work. After that everything else will follow.”

Javoen will be performing with Northwest Tap Connection (NWTC), a race and social justice oriented organization that is located in south Seattle.  Their mission is to “Close the Gap” within the Arts for underserved youth in Washington State through training, education and enrichment opportunities.  They are dedicated to the holistic education and  artistic development of dancers in the forms of rhythm tap, modern, ballet, jazz, African and hip hop.

Northwest Tap Connection has been a community partner with Seattle Theatre Group and member of the Chicago Human Rhythm Project since 2003. The studio is owned and operated by Joseph and Melba Ayco.

Odyssey – The Story of Three Dancers will show on Friday July 10 and Saturday July 11 at 7:30 pm at The Moore Theater and is open to the public. Tickets can be purchased online. The show stars dancers Melba Ayco, Lakema Bell and Dora Oliveira.  Each was born in a different region, yet are linked through the influence and history of African Dance.  Odyssey is inclusive of the Dance of Congo Square in New Orleans, Congolese Dance from Oakland and Afro-Brazilian from Bahia.